Team HRC’s Tim Gajser continued his good recent form with a second-placed finish in the MXGP of Italy qualification race, held at the historic Maggiora track in the northern region of Italy. Teammate Mitch Evans, had to come through the field to finish 12th, but there was very little passing elsewhere at this hillside venue.

With a threatening weather forecast hanging over the facility all week, the rain held off for qualification day, leaving the track under-prepared and creating a flat surface on a circuit that is already traditionally hard to pass at. Both Team HRC riders gave themselves the best chance of good starts in the race by getting second (Gajser) and fifth (Evans) gate-picks after timed practice, but while Gajser was able to take advantage, Evans was caught up in some first lap carnage and had start from almost dead last.

Rounding the first bend in second place, the #243 tried his hardest to make the pass happen on the first lap, when positions are easier to take, but he was denied and instead had to settle into a roost-dodging mission for the rest of the moto. He did come close on a couple more occasions but there just weren’t the line-options available and despite setting the fastest lap of the race, he had to be content with second place, with the hope he can reel off holeshots when the gate drops tomorrow.

While Gajser was battling up front, Evans was able to make some passes down the field, to move up from 22nd to 12th, after a crash involving another rider at the top of the hill on lap one. The Honda CRF450R rider was one of the few guys to make multiple passes in this MXGP field, with only two passes taking place inside the top 10 the whole moto. This highlights the importance of the start tomorrow, although conditions could be much different by the time their motos begin.

Rain is forecast overnight and for parts of Sunday, which could have a big impact on how the hard-pack surface looks. The riders will get a chance to see this in their warm-up session at 10:45am before the two motos begin at 14:15 and 17:10, in this seventh round of the 2022 MXGP World Championship.

Second is a good result in qualifying, but I am a little frustrated I couldn’t make the pass happen for the lead. The track was very flat and one-lined and that made things very difficult to try and set up a move, and even though I set the fastest lap, I couldn’t quite get past him. Still, I know that if I get out the gate well tomorrow, I have good speed and win the races.

Unfortunately it was another case of first lap problems, making things difficult for myself. I got involved in an incident at the top of the hill and had to pick up my bike and try to get back into the race. I was practically last but knew I had plenty of time to recover and pass as many guys as I could, so that’s what I set about doing. It wasn’t easy to make the moves but slowly I moved through the field and even on the last lap I was able to make a final pass to finish in 12th. I know the start is critical tomorrow so that’s where I really need to shine and I’ll be trying my hardest to make that happen.

We know that Maggiora can be a tough place to make passes and that’s exactly what happened for Tim. He was got out of the gate well and was positioned second straight-away, but despite pressuring the whole moto, he couldn’t make the pass. It’ll be interesting to see how they prepare the track as the weather doesn’t look so good, so maybe they can rip it a bit more and that should create some more lines. Overall though, it was a strong ride and he is still in a very good position to continue his win-streak. For Mitch, everything was good from him, except for the first lap. He is showing good speed and seemed to enjoy practice, posting the fifth fastest time in the timed session but having to come through the field on this track isn’t ideal. We know that if he can get a good start, he’ll be able to run with the top guys and that’s what we are trying to achieve tomorrow.

Qualifying Round 7   MXGP of Italy Italy 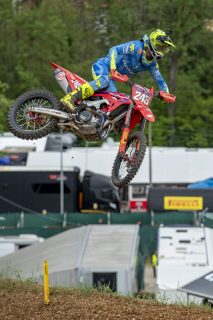 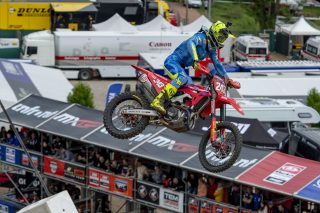 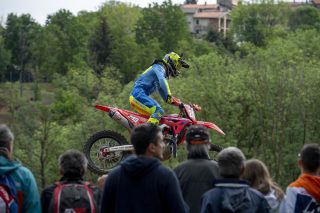 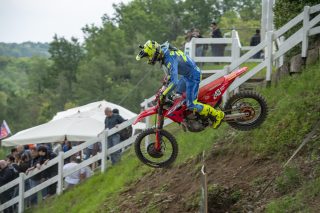 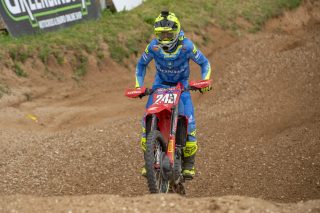 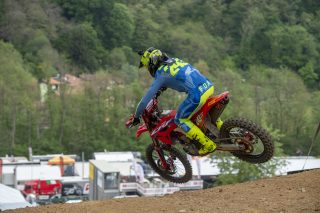 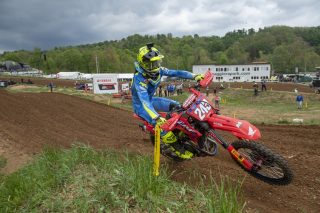 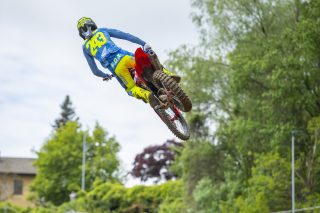 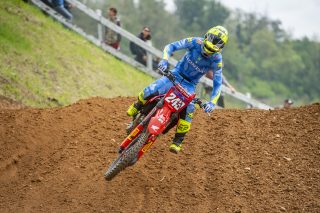 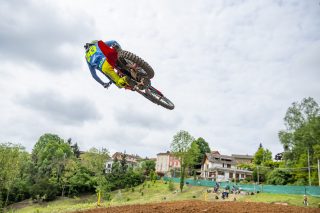 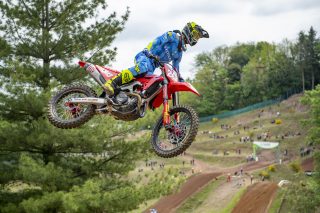 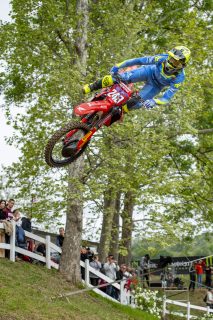 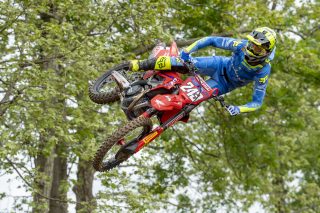 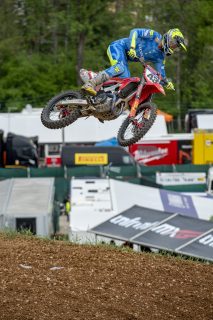 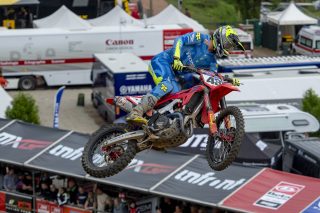 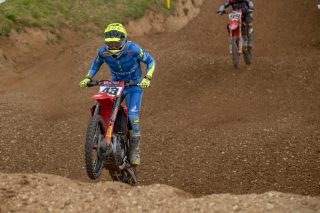 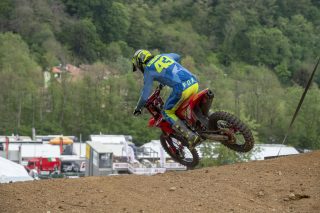 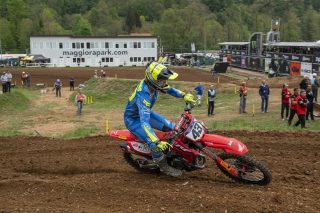 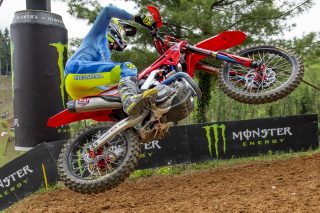 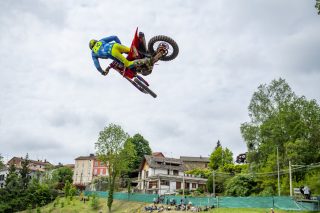 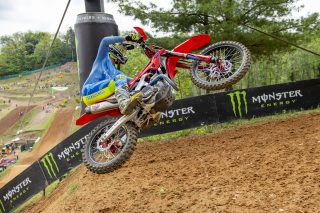 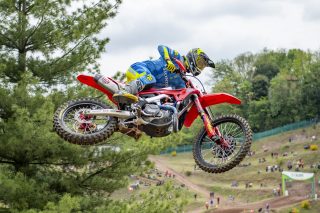 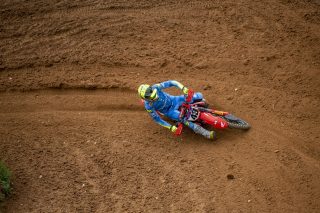 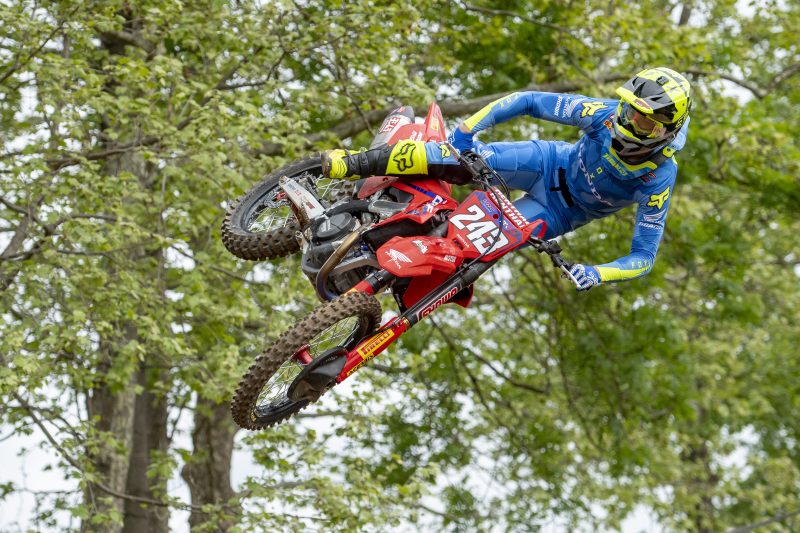