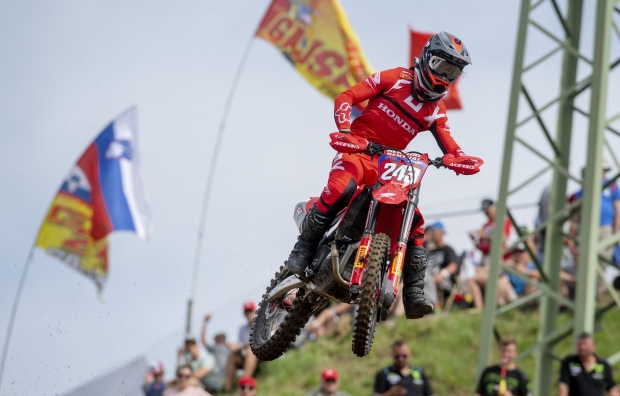 Team HRC’s Tim Gajser battled hard for every point at the MXGP of the Czech Republic this weekend, still maintaining the championship-leading red-plate as he finished sixth overall at the picturesque Loket track.

Coming into this fifth round, the Slovenian rider was confident of collecting his first overall at this hard-pack facility and those chances rose after what was an impressive second place in race one. For the whole moto he stalked the leader, posting the fastest laptime and eventually crossing the finish line just 0.5 seconds behind in the race to the chequered flag. The tight and twisty circuit has always been known as one that is difficult to pass on, and the Honda CRF450RW rider wasn’t quite able to make it happen in the 30 mins plus two laps.

Still, he knew his speed was good and if he got out of the gate well in race two, he’d stand a really strong chance of winning his third overall of the season. When the #243 rounded the first bend in fifth place, he knew it would be tough, but he quickly moved into fourth and then set about moving further forward. Unfortunately, just as he was lining up another pass, his back-end slipped out and he had to bail from the bike. As is his way, he quickly remounted, barely losing a place, but as he looked to get going again, he discovered the clutch lever was lodged in the hand-guard. He rolled into the pit-lane, losing almost a minute of time in the process, but thanks to the quick-thinking of the mechanics, they were able to fix the problem and he set off, re-joining the track almost in last place.

Knowing that every point is crucial in this championship campaign, he reeled in rider after rider, posting laptimes faster than the leaders as he eventually worked his way into the top 20. Not finished there, he was passing multiple riders per lap and by the time the chequered flag was waved, he ended up in 15th place.

While he was obviously disappointed with the overall outcome, his speed and determination shone brightly in the difficult second moto and he will head to the sands of Lommel, Belgium next weekend looking to repeat his 2020 exploits where he won two of the three events they held at what is known as the toughest track in the world.

The first moto was good today, I was happy with how I was riding and it was good to finish second. Then in the second race, I had another solid start, made a quick pass to move into fourth and then on the fourth lap I had a crash and I had a bit of bad luck as my clutch lever went into the hand-guard so I couldn’t use the clutch. I had to roll into pit lane where they were able to fix it and by the time I re-joined I was near the back. Thankfully I was able to ride well and saved some points, coming back to 15th but overall I am of course a bit disappointed. Still, I am ahead in the championship so I can’t complain too much and next week we have Lommel which I’m looking forward to.

It is hard to really sum up this event as there was both good and bad things, but overall, there were a lot of positives we can take home from this event and while the points total wasn’t what we were after, I am very pleased with how Tim and the team reacted to what was an unusual situation. Tim didn’t let the situation affect him, and his riding after the incident was excellent, and deserved a lot more. The team were also very quick to identify and fix the problem with the lever and the hand-guard and that allowed him to get back on track and score points, which could be extremely important at the end of the season. It was really good to see from everyone in Team HRC. 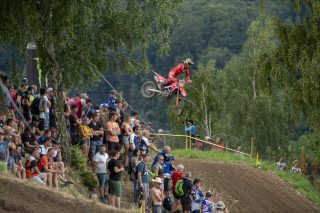 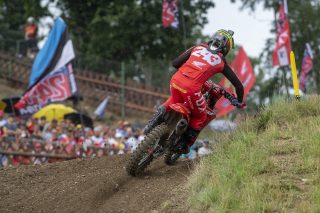 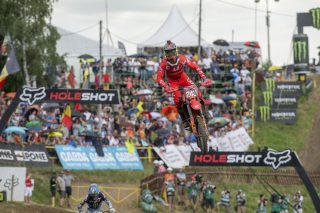 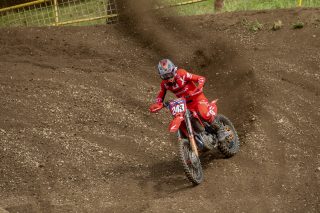 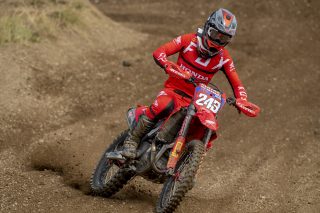 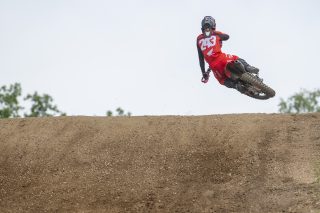 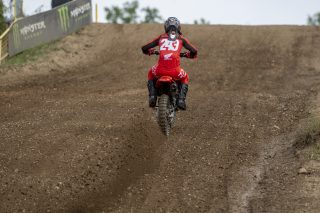 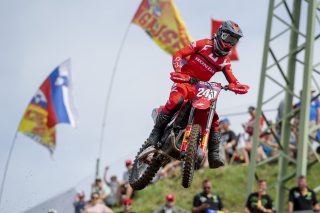 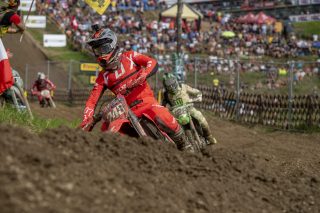 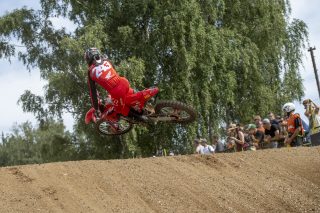 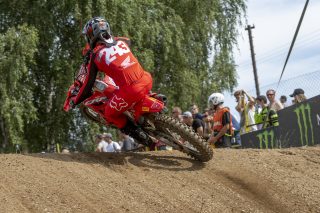 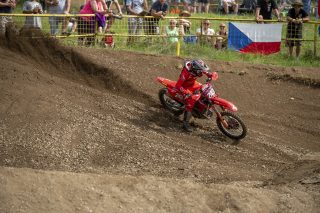 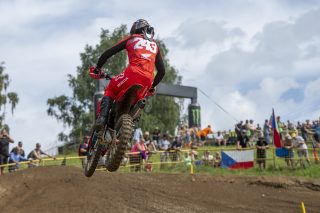 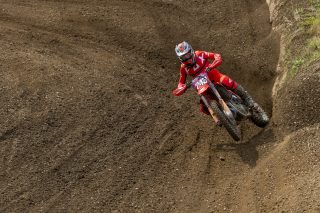 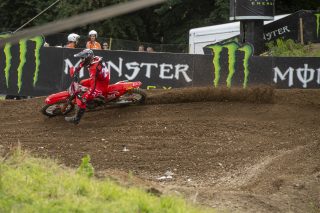 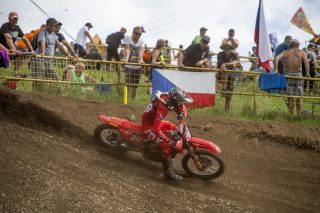 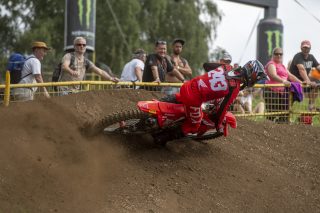 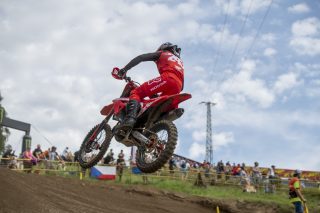 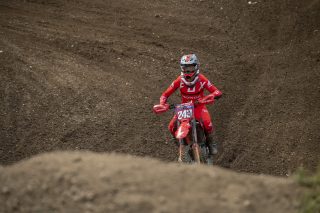 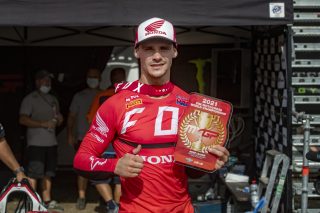 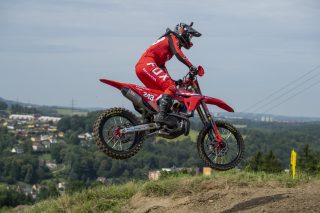 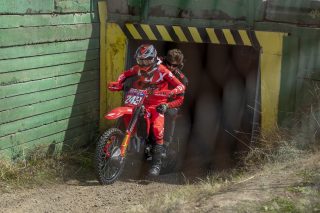 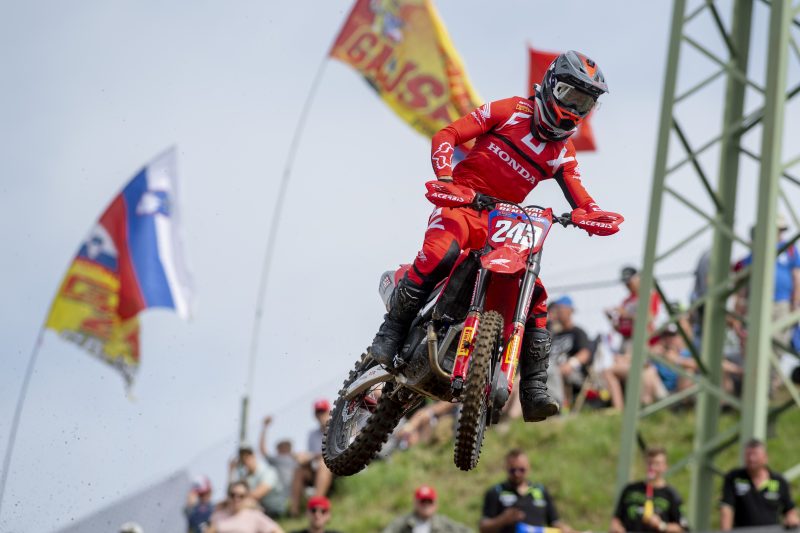