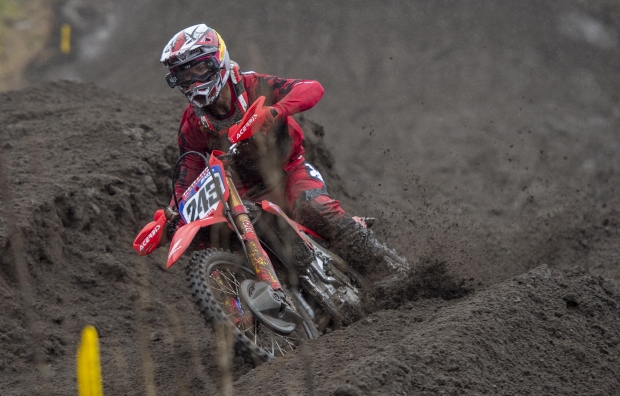 Team HRC’s Tim Gajser showed his continued improvement in the sand by posting excellent one-two moto results, tying him for the GP overall at the MXGP of the Netherlands. Despite starting from 33rd gate pick, which meant he was right on the outside of the starting grid, Gajser and his new Honda CRF450RW powered off the line and swept round the first corner in good positions in both motos, setting him up nicely as he added to his Great Britain race win.

In the first moto he exited the chicane just outside the top 10, but as chaos reigned around him, Gajser stormed through the pack and was into second place by the time they crossed the line for the first time. Half a lap later and the #243 was into first place and working on extending a lead that would reach 21 seconds by the time the chequered flag was brought out. It was another dominant display from Gajser who proved that he can do it in rutted conditions like Great Britain and in deep, wet sand like here at the Valkenswaard circuit.

With 33rd gate pick again for race two, the CRF450RW showed it’s power off the gate once more, as Gajser was in third place across the holeshot line. Quickly moving into second place, the Honda rider set about trying to make a pass for the lead, and the overall. Unfortunately due to the roost kicked up by the lead rider, he was unable to really get close enough to make a move with the track becoming more one-lined as the rain continued to fall. Eventually, a mistake near the end meant he crossed the line in second place, giving him one-two finishes for second overall and maintaining his second place in the MXGP championship.

While Gajser was able to avoid the chaos on the first lap of the first moto, HRC team-mate Mitch Evans wasn’t quite so lucky as he was involved in a multi-rider incident that left the Australian rider with a dislocated right-shoulder. It was an unfortunate end for Evans who was battling inside the top 10 when it happened and had been showing good speed during the weekend. He will have an MRI to assess the injury, and that will also give a more accurate timeline for his recovery.

The calendar now has a weekend off, before the riders head to South America and the picturesque region of Patagonia, Argentina where the third race of the championship will take place at the Villa La Angostura track on 21-22 March.

I’m super happy, especially after what happened yesterday and that giving me the outside gate pick. Thankfully I managed to get two good starts and that helped me out massively. I made a lot of quick passes in that first race and then got out front and controlled the race. In the second moto I was behind Jeffrey and we were both pushing hard, unfortunately I got roosted pretty badly and that hindered my vision a bit but overall I’m really happy with the weekend and I can’t wait to get to the next race.

Really disappointed to be leaving here with my arm in a sling, without even managing to complete a lap. I got landed on by another rider in the downhill, which then sent me into a third rider and then I was thrown off the bike. I’ve never dislocated my shoulder before so it was quite painful but we got it put back in and now I have to have an MRI just to see exactly what damage there is. I’m hoping it won’t be too serious though and I’ll be back riding soon, and I’m already looking forward to getting back out there.

Another great performance by Tim today in both races. It was never going to be easy with that gate pick, but he got two really good starts and just rode excellently throughout. That first moto was so impressive and really showed how much he has improved his sand riding, and to leave here with the same points as the winner is great for his confidence too. Extremely excited to head to Argentina and see what he can do there.
Unfortunately, Mitch dislocated his shoulder so he wasn’t able to score any points and will now have a little time off the bike to recover. It was a shame because he is riding well and we hoped he could continue that this weekend. 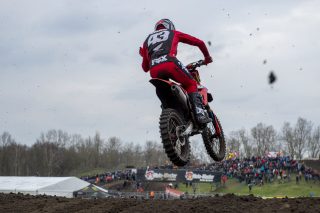 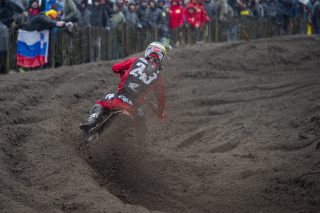 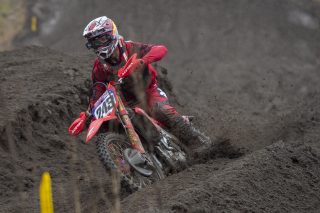 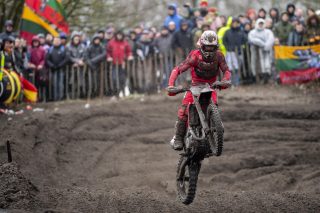 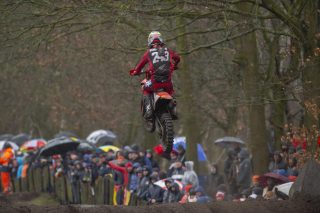 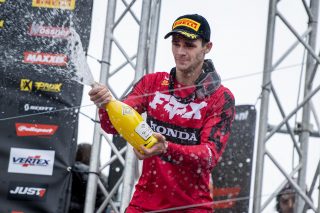 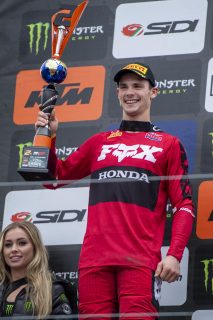 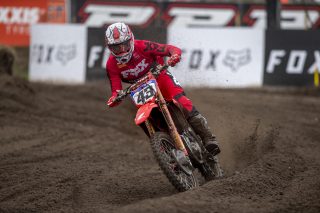 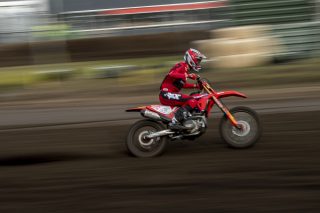 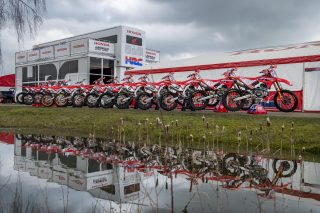 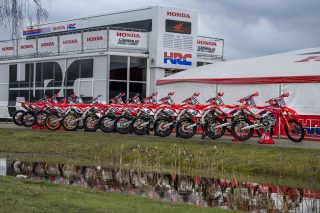 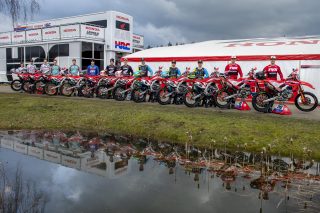 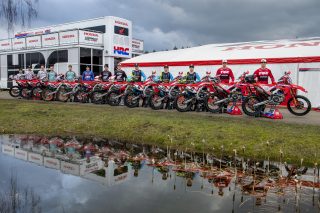 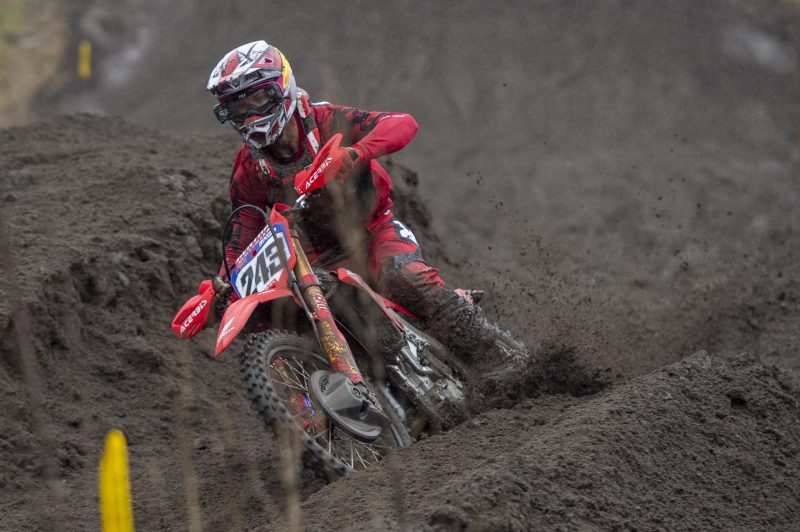