For the third time in his highly-successful career, Team HRC’s Tim Gajser has won the MXGP of Latvia on board his Honda CRF450RW. In what were two vastly different motos due to the weather conditions, the #243 stayed solid and consistent, going two-two for first overall, and more than doubling his MXGP championship points lead in the process.

The sandy Kegums track is always a tricky proposition for the riders with the soft top layer making way for a firm base, but all day long Gajser showed he was a match for all conditions. Qualifying took place in bright sunshine, and after getting first gate-pick last week in Lommel, he backed it up by getting the second-choice time this weekend. This gave him the platform to get out of the gate and challenge round the first bend and that’s exactly what he did in both races, crossing the holeshot line in about fifth place each moto.

In the first moto, the weather remained sunny and after his good start, a couple of quick passes moved the Slovenian into second position. Despite a good pace, he wasn’t able to make any moves on the leader and instead had to settle for a solid second place, safe in the knowledge that another good moto would give him the chance of the overall.

About 30 minutes before the second gatedrop, the rain started falling and it didn’t let up until the chequered flag was waved, giving the riders a slightly trickier Kegums than they are used to. Once again though, Gajser rounded the first corner in good position and while those in front made early mistakes, he remained solid, moving through into third place and putting pressure on the leading duo. As the laps ticked off, the Honda rider remained in third place, which would have seen him third overall. However, on the last lap, another rider in front made a mistake giving Gajser two more points which saw him jump up to the top of the podium.

It was a fantastic moment for Tim and everyone in Team HRC, and was just-reward for all the hard work they’ve put in this season already. It was also a good confidence boost heading into this mini-summer break where the next round is a double-header in Turkey on September 5th and 8th. Gajser has now won three of the seven rounds so far, and sits 13 points clear at the top of the MXGP world championship.

I’m super-happy with how this weekend has gone, winning the overall after two tough races. I wanted to try and cut out the mistakes from the previous couple of rounds, and I knew if I did that I would do well, so it was good to see that it paid off already. Obviously winning is a massive boost before these three weekends’ off so I will enjoy this moment before getting back to work and preparing myself for the second half of the season. A big thanks to everyone in Team HRC for all their work and I can’t wait for Turkey, which is a track I really enjoy racing.

We were happy with Tim’s riding in both races, because he’d been smooth and consistent in what were very difficult conditions, but then to see that he’d won the overall on the final lap was just amazing and we’re really delighted with how it turned out. The past two rounds had been tough, with mistakes costing him points so it was important to rebound and show everyone that he is still a top rider, and that’s exactly what he did. We now have a bit of a break to regroup and prepare for what should be a long second half of the season, but everyone in Team HRC has showed they are ready to work hard and get the job done! 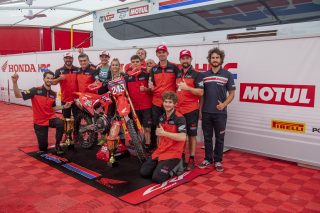 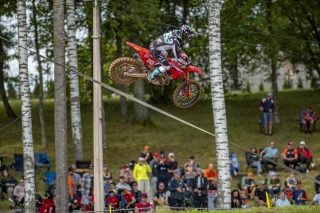 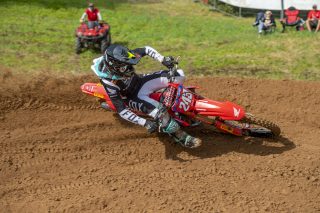 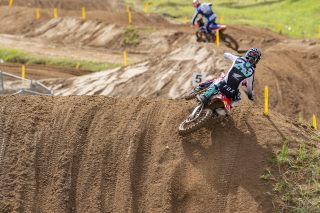 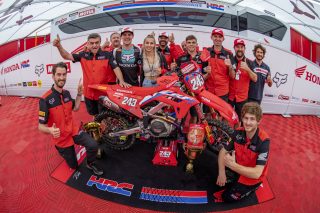 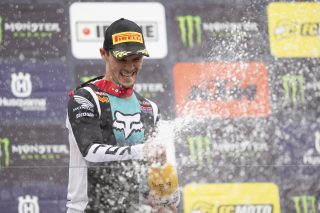 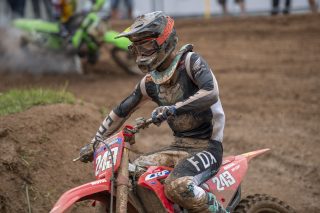 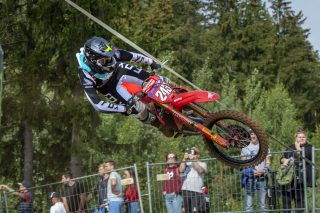 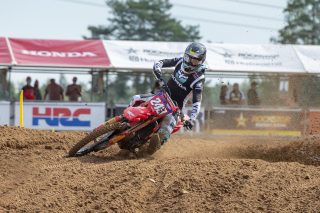 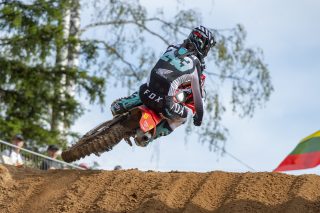 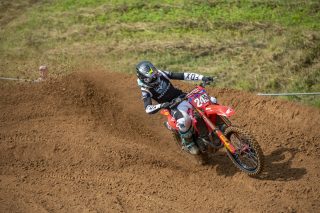 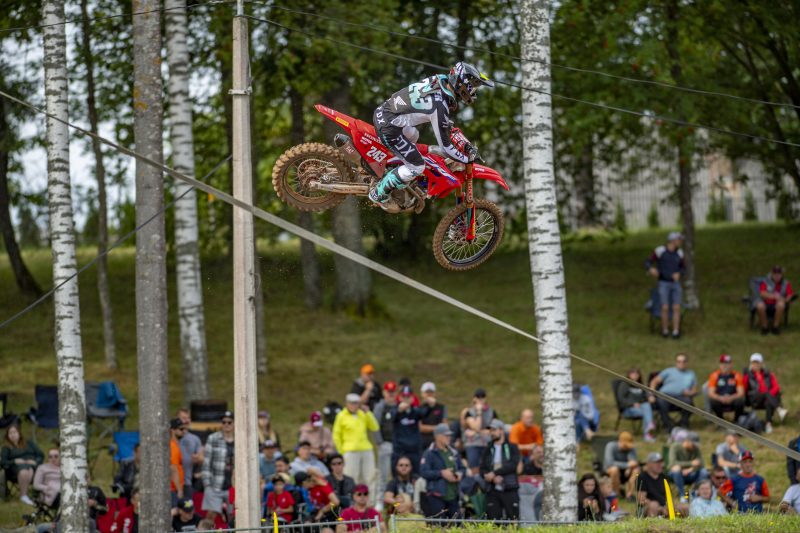