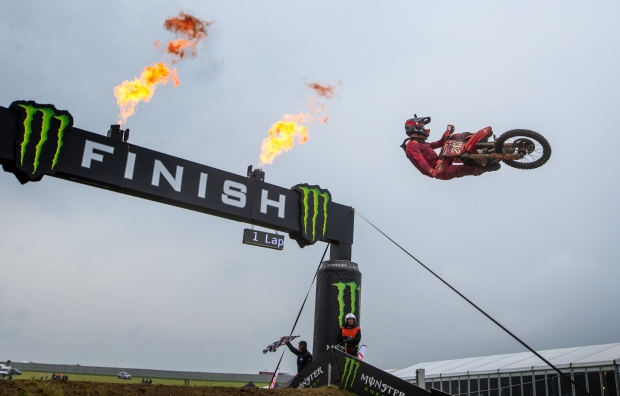 Team HRC’s Tim Gajser produced another epic second moto performance to take the race win at the MXGP of Great Britain, going four-one for second overall and increasing his lead at the top of the world motocross championship to 15 points over second place.

With rain threatening the Matterley Basin circuit near Winchester, England throughout the day, the first moto didn’t produce a lot of passing as riders struggled to find different lines on what is the longest laptime on the calendar. In qualifying the top seven were separated by just over a second and that continued after the gate drop as riders generally finished very close to where they crossed the first lap. For Gajser, this meant a solid fourth place effort, settling behind those in front, not wanting to force the issue so early on in this championship battle.

However, in race two, after a light shower and another MX2 moto, the loamy track had developed a few ruts and the Honda CRF450RW rider used that to his advantage, slicing his way through the field on the first lap after a good start to cross for the first lap in third place. After a couple more laps he had made another move and was setting his sights on the leader in order to try and win what would be his third moto out of four so far in 2021.

After studying his lines for the entire second-half of the race, Gajser knew exactly where he wanted to make the pass, so when the two-lap board came out, he closed the gap and really applied the pressure. The first attempt didn’t quite stick, but the reigning world champion wasn’t to be denied and with half a lap remaining he swept through into the lead, taking the chequered flag and continuing his excellent run of form. This victory gave Gajser 43 points for second overall, but importantly five points more than his nearest championship rival and so after just two rounds, he is already 15 points of second place, and over a moto clear of fourth place onwards.

Next up, this coming Sunday, is the historic track in Maggiora, Italy where the Team HRC rider has already won earlier this year at an Italian Championship race, so he’ll be brimming with confidence and hoping that round three will go as well as the first two.

I always enjoy coming to England and racing here at Matterley Basin. The weather meant that they didn’t rip the track so much, so in the first moto there weren’t many lines and it wasn’t easy to pass on so I just had to settle for a fourth place. I felt I could have challenged for the lead but I didn’t want to push too hard and I thought that in race two it would be easier. I got a better start in second race and although there was a lot of passing and action going on, I stayed calm and focused on finding good lines and working my way to the front. When I was in second place, I couldn’t stay too close to the leader for a long time because the roost was hard and I wanted to make sure I had clear vision for near the end of the race. When I saw the two-lap board come out, I knew a couple of places where I could make my move and on the last lap I used a really good outside line and took the lead. I’m really happy with how I’m riding and how everyone in the team is working together to improve each weekend. I can’t wait for Maggiora and I hope to continue this run of results. A big thank you to everyone!

After Russia, we knew that this would be an important weekend for Tim, in order to backup his performance and show that he can race at that level every weekend. And after race two, I think he proved that he is the fastest guy in the class and the rider to beat this year. He has now passed everyone of his rivals and although he was second overall, he still increased the gap at the top of the championship and is just riding so well. We only have a week until the next round but we will keep making sure that everything is going in the right direction and that Tim maintains his high level of performance. 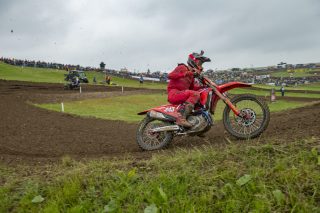 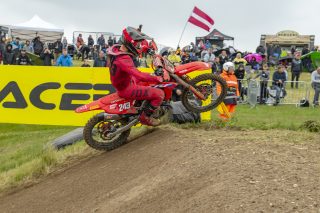 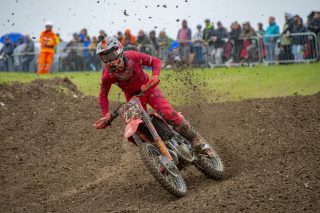 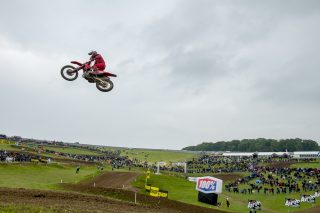 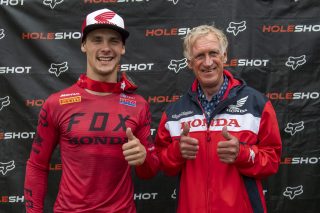 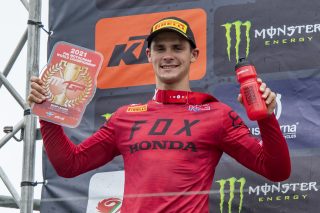 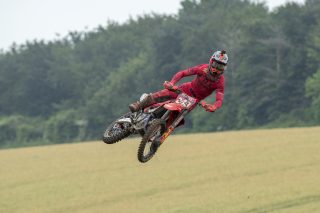 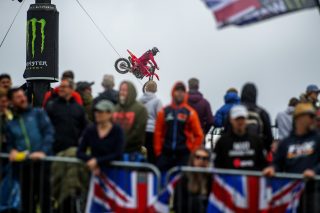 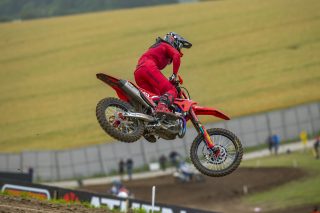 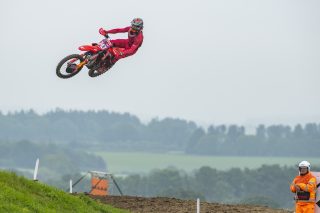 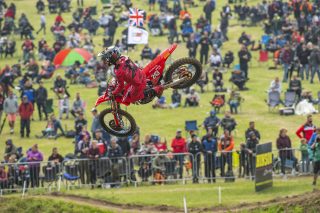 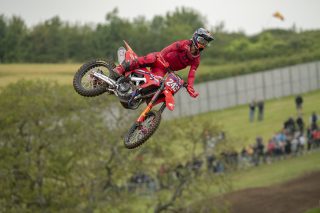 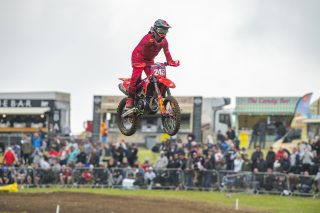