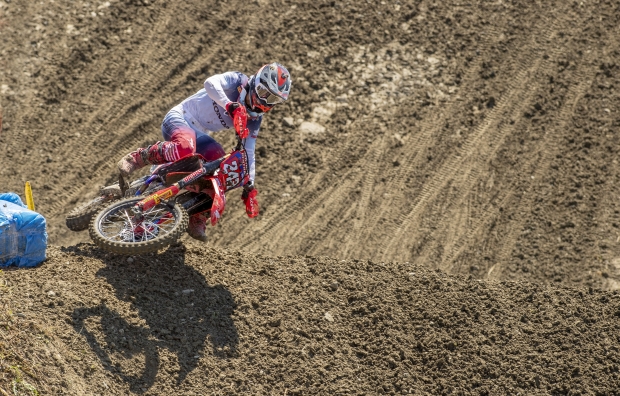 2021 FIM World Motocross Championship leader, Tim Gajser heads to Matterley Basin, England for the second round of the series, buoyed not only by his performance in Russia, but also by the fact that he’ll be racing on his favourite track on the calendar.

The Team HRC rider put in an incredible ride in the second race at the Orlyonok circuit on June 13th, coming from last place to first, to sweep the round one-one and keep hold of the red-plate which adorns the bike of the championship points leader. And he’ll be proudly displaying that at the track near Winchester, on the south-coast of England, where he has put in more amazing performances over the years.

On-board his Honda CRF450RW, the Slovenian rider has won races in 2016 (x2), 2019 and 2020, and he’ll be looking to continue from where he left-off, having won the second moto last year by over 23 seconds in what was amazing display of riding on the fast-flowing, loamy circuit, filled with big jumps where he can really show-off his style.

Unfortunately, team-mate Mitch Evans won’t be joining him on the start-gate as the Australian has gone back home to have another surgery on his left wrist, to try and get him back to feeling 100%. It is a big shame for the young rider as he proved his speed as this round last year, when he posted a third-place finish in what was his first ever race in the MXGP class.

Instead, all eyes will be on Gajser to see if he can repeat his performances from Russia and cement himself at the top of the championship, with everyone in Team HRC supporting his effort for this Sunday-only event.

I always look forward to coming to Matterley Basin. I really enjoy riding there as it is really big, has nice jumps and the soil is amazing. I tried to make my Tiga243land like this as much as possible, with the wide turns and just because I love riding on this type of track. Since Russia I did a bit more training, but I also took a couple of days to relax a bit and just prepare myself for the rest of the season. It was such a long break before Russia but now we will have a lot of races in a short amount of time so it is important to pace myself and just make sure I will be at my best throughout the whole championship. I am very happy with how I started though and I hope to continue that this weekend.

Obviously, we are very happy with how Russia went. The first round of any championship is difficult, especially after such a long break with all the riders desperate for the gate to drop, but Tim proved that he will be the rider to beat after two great motos. It was especially impressive to see how he rode in that second race, making all those moves on top riders and on a track that isn’t known for its passing. Now we head to England and we have good memories here so we are hoping for two more solid rides and to keep the red plate for the next round and beyond.
It was disappointing to have to make the decision with Mitch though, knowing that surgery would mean he’d miss some more of the season, but we all felt that was the best course of action and its much better that he’ll be able to come back and perform at his highest level than to struggle all season with the pain and all the doubt that comes with that. Of course everyone at Team HRC wishes him the best for the surgery and the recovery, and we look forward to having him at the races again. 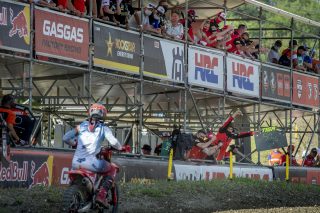 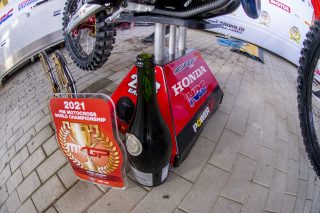 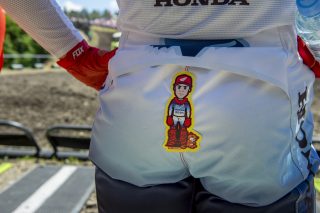 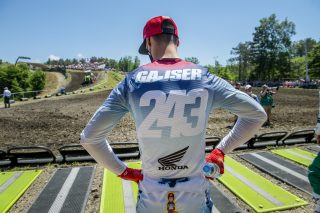 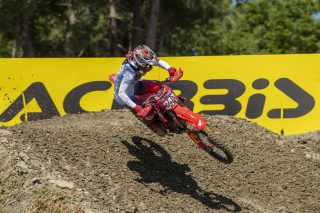 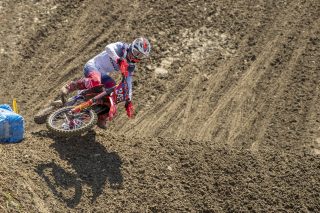 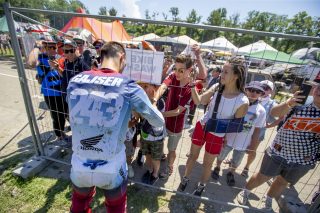 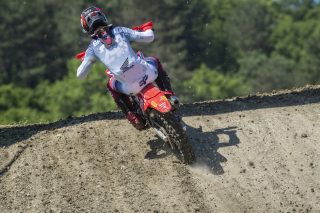 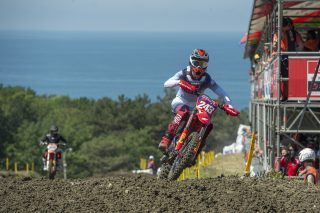 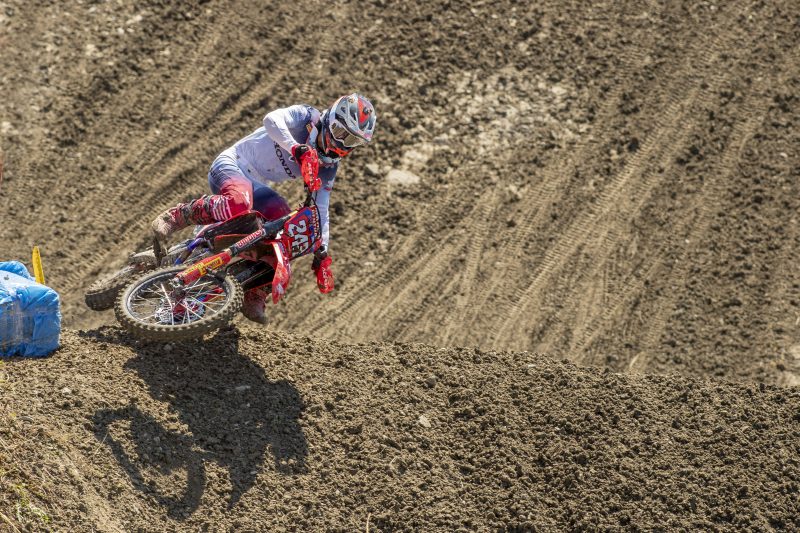