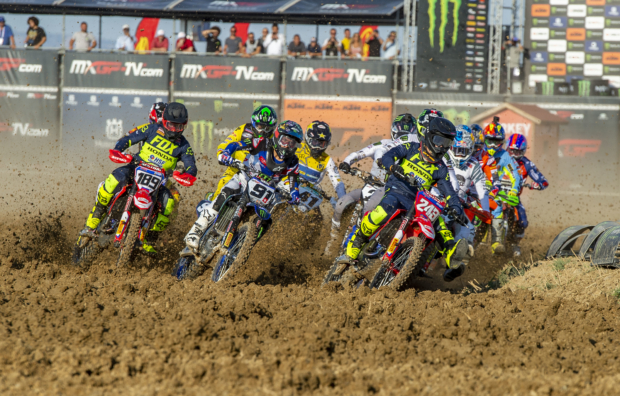 Tim Gajser showed once again his immense speed as he led the early part of the MXGP of Turkey qualification race, with fellow Team HRC rider Brian Bogers also improving throughout the day on the technical Afyonkarahisar motocross track.

Ripping off a great holeshot, after having second gate pick, Gajser looked to continue where he left off in Sweden, where he won the second MXGP moto. Unfortunately midway through the race, the combination of the low sun and the deep ruts caused him to misjudge a line and he went down, losing his lead of the race. Although he remounted quickly, his upper body did take a lot of the impact and while he was able to continue riding, he was only at half-pace for a few laps. Eventually he did get back up to speed and crossed the line in 13th place, feeling a bit sore but ready to do battle tomorrow when the points are at stake.

For teammate Bogers, on his first visit to Turkey, he gradually got to terms with the tricky track, getting better results in each of the three sessions. With 16th gate pick for the qualification race, he was able to round the first lap in 11th place and battling well with the riders around him. He made and conceded passes throughout the moto, receiving the chequered flag in 12th but will be hoping that he is able to continue his improvement when the gate drops tomorrow.

Gajser and Bogers start off Sunday 8th September with a warm up at 10:45am before their motos get underway at 14:15 and 17:10 in what should be another hot day of action.

I felt good today and the Honda CRF450RW was working amazingly well. I also like the track because it is nice and technical with many lines. In the qualification race I had an amazing jump out of the gate and grabbed the holeshot and was leading the race quite easily. I wasn’t pushing too much but I was having problems with the shadows as the sun was quite low and some corners you couldn’t really see the ruts. So in the back chicane section I didn’t see the line correctly and lost my front end, hitting my upper body quite hard. It was quite painful for three laps so I took it steady, not really moving too much, but I didn’t want to pull off as then I’d have last gate pick. So I was just circulating and hoping it would get less painful and it did, so the last couple of laps I rode a bit more normally so I was able to finish 13th, which is much better than 27th. I am a little disappointed because I know I had the speed to win but tomorrow is the day that counts and after my massage I feel a lot better already so I should be good for tomorrow.

It is my first time here in Turkey so it took me a little bit of time to warm up and learn the track and what the good lines were. They watered and ripped it quite a lot so there were already a lot of deep lines so I ended up 16th which wasn’t what I wanted. Timed practice went better and I was two seconds faster than my previous time, but I still ended up 16th. Then in qualifying I took quite a good start and was around 12th before passing a couple of guys, however I also got passed by a couple of guys so stayed in 12th place which sets me up for tomorrow. In those races I hope to take two good starts and fight with those top 10 guys.

It was great to see Tim have such a good start in the qualification race. It really showed the power of the CRF450RW and it set him up nicely to lead the race. Unfortunately a mistake meant that he wasn’t able to keep hold of first place but his speed was good in the moto and in both the practice sessions so we know that with another couple of good starts he’ll be up there looking for another overall victory. For Brian, each session was a learning experience and he got better every time he was on the track so that is promising for tomorrow where we’ll be hoping for a couple of top 10 results.

Qualifying Round 17   MXGP of Turkey Turkey 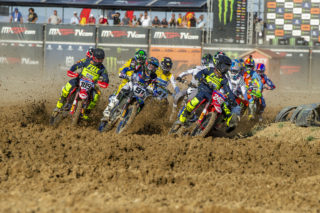 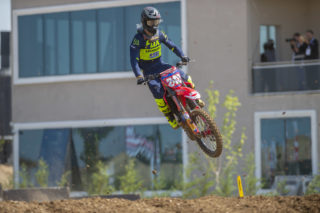 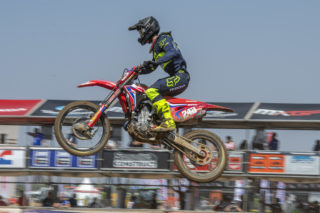 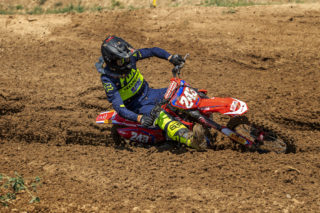 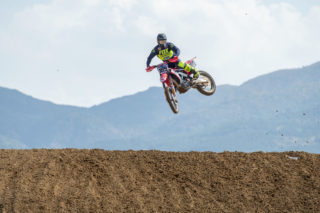 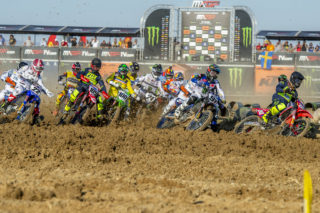 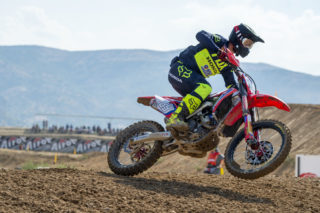 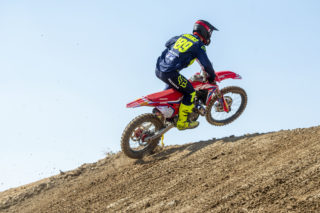 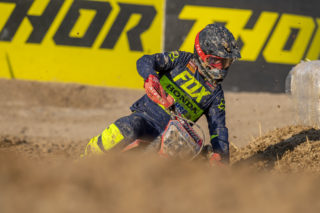