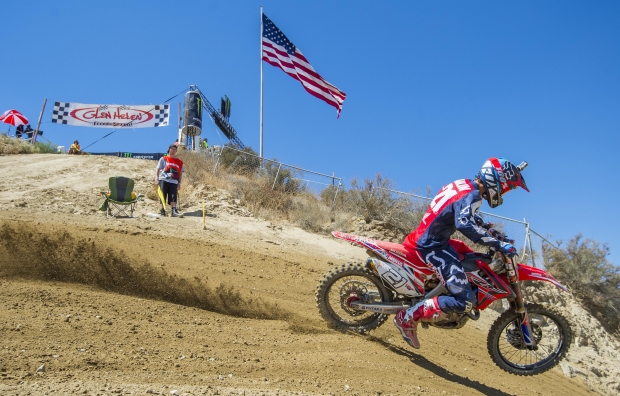 Today’s MXGP of the USA at the iconic Glen Helen marked the end of the 2016 season, and one in which Honda celebrated winning the Manufacturers’ Championship.

Gautier Paulin delivered a solid performance in the final moto today to take fifth, and fifth overall in the Grand Prix, whilst Evgeny Bobryshev overcame starting from the very outside gate to take an eighth place finish, which was enough for seventh overall.

Today’s MXGP of the USA marked the end of the 2016 season, but that’s not to say racing is now finished. In two weeks, the Italian track of Maggiora hosts the Motocross of Nations, which is followed a fortnight later by the Riders’ and Manufacturers’ Cup at the Veltins Arena in Germany.

“Today was a little bit up and down because I was tenth in the first moto but then fifth in the second, which was much better. In moto one I knew that my position today was fifth. I tried to push to pass Max in race two but I couldn’t make it, so in the end fifth was exactly where we finished, in the second race and overall. Romain has been on it this weekend and he finished behind me in the second race so we know that the speed was there. I struggled a bit on the bike yesterday and in the first moto when the track was flat, but in the second race it was rougher so I could be more technical so we could do a better job. It’s great for Honda to have taken the Manufacturers’ title too, so I want to congratulate the team and all the HRC staff for all their work this season, and also thank them for all their support and all the work of the team this season.”

“Yesterday really set the tone of this weekend as starting from the outside made my races tough today, even though I could still make some passes in the first corner as I hoped. It was difficult to come back through the field though. The first moto was a little tricky and at the finish I was only three points ahead of Jeremy van Horebeek in fifth overall in the championship, and I really wanted to keep that position. Then the second race was much better and we could make our way up to eighth. I’m really proud to have ridden the new 2017 CRF450RW for the last two races of this season, and I know it has so much performance that we’ve been finding out how to maximise these last two races ahead of next season. The team have worked so hard all season and I really want to thank them all for their support, and it’s a good reward that Honda won the Manufacturers’ title this year. Along with Tim’s championship, it’s been a fantastic year to be riding a Honda.”

“These last two Grands Prix in America have been a great way to end the season – Bobby was fighting for the top three in Charlotte on the new CRF, Tim took two podiums and of course won the World Championship title, and Honda also took the Manufacturers’ Championship title, so it’s been a great year and we’re all very satisfied with what 2016 has brought us. The team have all worked so hard and the support from HRC has been incredible, so I think this is really a deserved result and I want to congratulate everyone in our Honda family. The conditions this weekend were hot at Glen Helen, but both Gautier and Bobby rode well, especially in the second moto today, where they were making progress until the flag. The MXGP season has now finished, but there’s not really any rest as we head to the Motocross of Nations where Gautier, Bobby and Tim are all selected once again, and we hope there we can continue the run of success on the Honda CRF.”

Race Round 18   GP of the USA Glen Helen 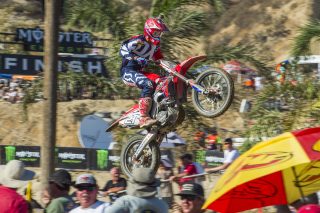 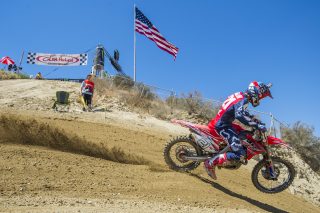 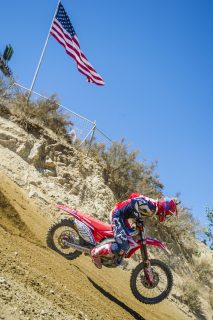 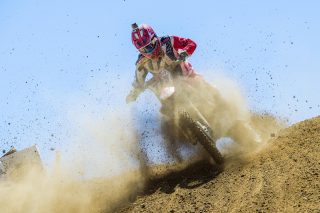 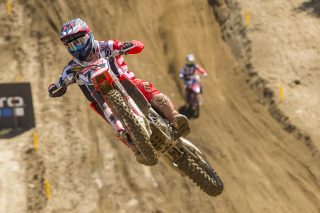 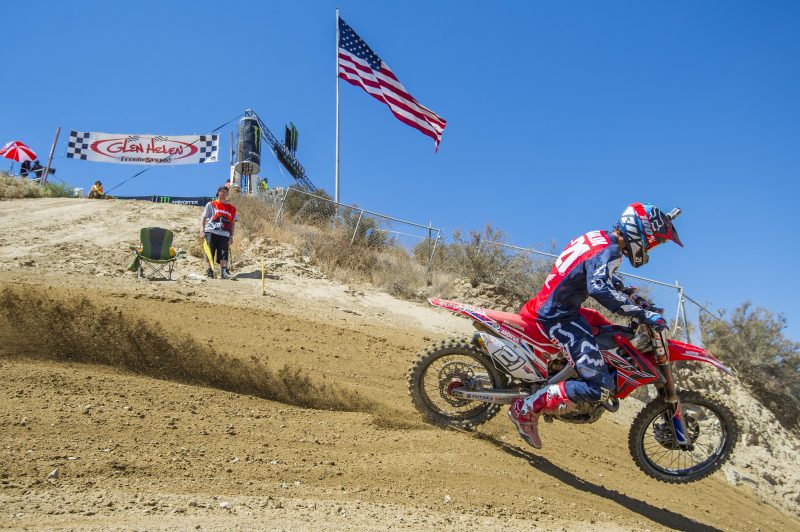