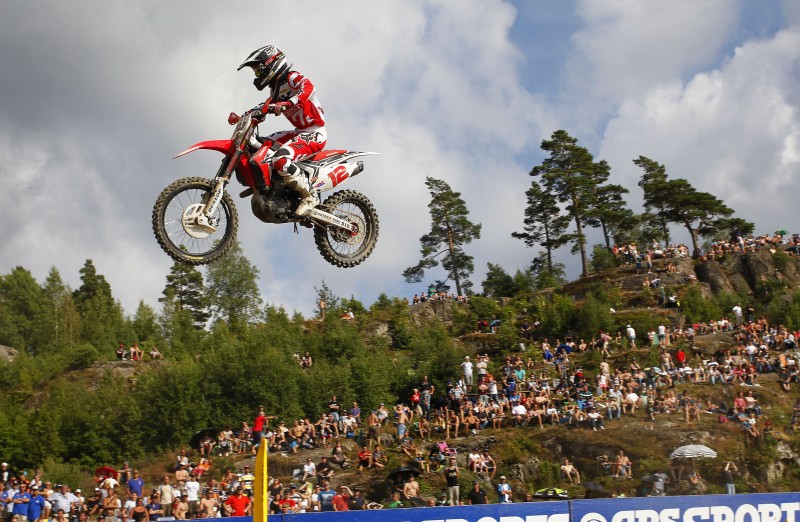 Max Nagl delivered a strong ride coupled with a good start to take a third place finish in the second race of the MXGP of Sweden in Uddevalla today.

From fourth at the first corner he fought up to third and then set about closing down the lead duo on his CRF450RW, before having to turn more defensive to successfully resist great pressure from Kevin Strijbos in the latter half of the race.

A poor start in the opening race left the German star languishing in 19th position with a lot of work to do, but even on a track on which overtaking is very hard, he fought through to ninth by the finish. The combined results of ninth and third put him fifth overall in the Grand Prix classification.

Amid the threat of possible storms, the only precipitation today was a brief shower during the first MX2 race of the afternoon that did little to slow proceedings. Shortly after the sun re-emerged to send the temperature back up to 26 degrees Celsius once more, making hot work for the riders on the rough yet slippery Uddevalla track.

Team HRC will be back in action again with Max in just a week’s time for the MXGP of Finland, the second half of this Scandinavian back-to-back. Feeling stronger than he did on his comeback in Germany two weeks ago, Max will nevertheless take some rest between these two rounds to maximise his energy for the Hyvinkaa track.

"In general I’m really happy with the second moto. I was struggling all weekend with the track because the ground was similar to Arco [MXGP of Arco di Trento, April] and it was difficult for me, but today was better than yesterday. In the first race I had a terrible start and was really far behind, and especially at this track it’s hard to make up many positions. We changed some small things on the bike and then in the second heat I had a good start and got with the front guys and was able to carry the same speed and follow them in third. Kevin [Strijbos] was pushing me really hard mid-race but when someone like him is behind you, you feel safe because you know he won’t make any stupid moves. It meant I could still take my lines and not have to worry where he was going to go, so I was able to still push hard to stay ahead and in the end pull away a little bit."

"The start in the first moto was not so good which made it harder for Max as he had to catch up, but he pushed hard to recover to ninth. The second moto was a different story though as he made a good start and rode very well. There was not so much difference between the top four so it was a very strong ride to move into third and keep the position. Overall it’s good for Max and for the team heading into the next race in Finland as another third position finish helps with the momentum the team now feels."

"We’ve got to be happy with third place for Max in the second race today, especially after the first race. He didn’t make a particularly good start in the first and with the nature of the track it’s hard to climb back through the field so it was hard work for him. It was actually a very good ride as he did make progress through the field, but the position in the end wasn’t very rewarding. In the second race though, he looked a lot more aggressive from the start and it was much better. You could see he was really pushing and once he made the pass for third he got into a good rhythm and started closing in on second, and then resisted great pressure from Kevin [Strijbos], so it was a strong ride.

Along with Tim Gajser’s podium in MX2, the top three results are very welcome because we have had some very senior figures from Honda here today – Mr Yoshida, Managing Officer, Director, and Chief Operating Officer responsible for Motor Sports; Mr Nomura, President of HRC; and Mr Fujiwara, Manager of Motorcycle Department Motor Sports division. For Mr Yoshida and Mr Nomura it was their first visit to a motocross grand prix outside Japan so it was great to welcome them here to Team HRC."

Race Round 12   GP of Sweden Sweden 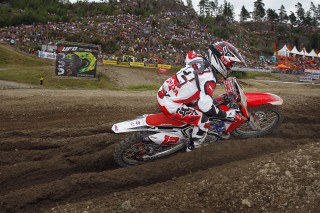 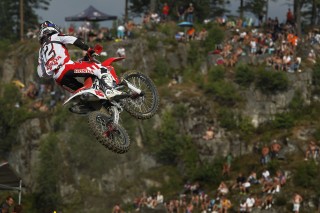 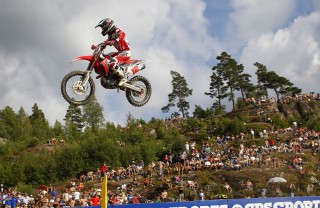 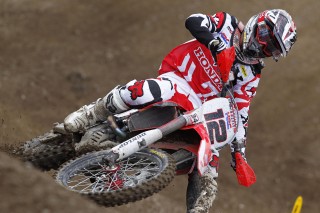