It’s been a weekend to remember for Max Nagl. Making his return to the Motocross World Championship after missing five races, he took his first holeshot of the season, won his debut comeback race, and finished second overall. All in front of his legions of home fans.

After showing good pace all of Saturday and finishing third in the Qualifying Race yesterday, race one went like a dream for the German. Leading away from the line, he took a dominant gate-to-flag victory. It’s his second race victory of the season on the Team HRC Honda CRF450RW, coming after the season-opener in Qatar.

After being shuffled down the order in race two, Max faced an uphill battle. Compounded by feeling the effects of the physical exertion on his wrist from race one, he nevertheless gritted his teeth to climb from 14th to 7th, and in doing so secured second place overall in the MXGP of Germany classification.

“I don’t think that anybody, even really myself, expected me to be on the podium here today. In the first race I had a really good start and at the beginning I was trying to push and be consistent. When I saw Clement [Desalle] coming I really was pushing and even if I was completely tired after the race I wanted that first race win. It was awesome, especially in front of the home crowd.

I used almost everything in the first race. I was thinking that if I win the first, I’ve done enough and it almost doesn’t matter what happens in the second race. The start wasn’t great and that made the second race even more difficult, but actually I didn’t know I was on the overall podium until after the finish and then someone told me.

Every time you come back from injury you don’t know where your level and fitness is and that’s quite difficult mentally, but if you can ride like I did today it shows you that you’re still fast and strong enough, so I’m really happy for me and also for Team HRC that we’ve been able to come back like this.”

“It’s been a very good day today! In the first race Max got a great start and rode really very well to take an amazing win. Even when I’m sure Max was very tired and feeling pain in the second race, he kept pushing and never gave up. Every team member, everyone is working so hard to make the best condition within the team this year, so for this win and for the overall podium today we are so happy and it really lifts the team spirit.”

“Max’s performance this weekend was quite unbelievable. Max is a bit of a specialist at coming back strongly and we’ve seen it before, but to come back and win is quite phenomenal. Especially in Germany in front of his home crowd. It was a brilliant weekend for Max, and I’m over the moon.

Max came back and surprised everybody this weekend, but strangely enough not himself. Max is Max and he said he knew his fitness but the only thing he didn’t know was his race speed, but clearly that’s well up there. I think some of the testing that Bobby did carried onto Max’s bike and was a benefit to Max even though he missed the testing.

Everybody’s working flat out, from the Japanese staff that are coming to every Grand Prix from Japan to everyone within the team, and it justifies the effort. You can see and sense within the team everyone is so pleased. It’s quite unbelievable to end up second overall.”

Race Round 11   GP of Germany Germany 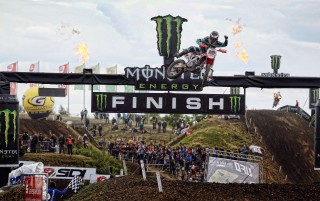 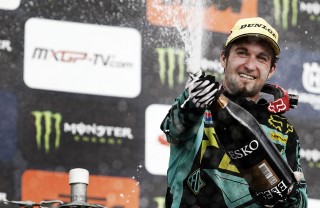 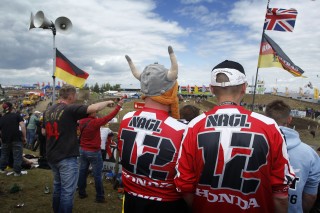 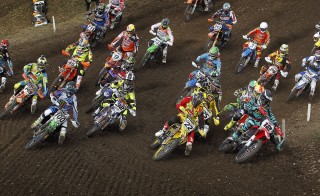