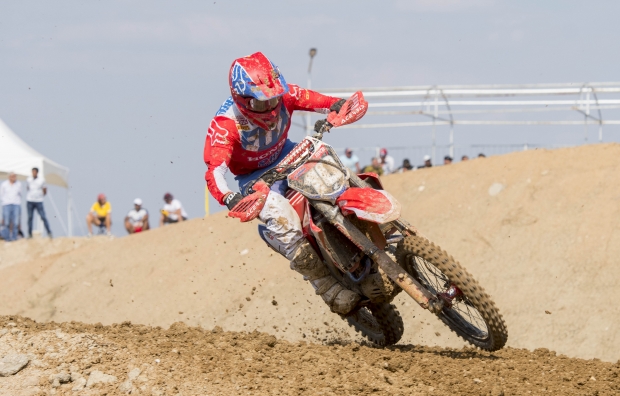 The MXGP of Turkey has not been a kind one to Calvin Vlaanderen, who leaves Afyonkarahisar with a thirteenth and an eighth in the two races and a sore shoulder due to a crash suffered in the first moto. Despite the setback, the Team HRC rider still lies sixth in the championship standings with two rounds to be contested – the first of which will take place in a fortnight’s time at the TT Circuit Assen, in the Netherlands.

Vlaanderen had a poor start to the first moto as he rode past the finish line for the first time in thirteenth place. The 22-year-old managed to get back soon enough into the top-ten, but then got stuck in tenth place for a while behind Michele Cervellin. On lap seven, he had a big moment on the pit-lane straight that led to a big crash and a heavy landing on his right shoulder. After picking up his Honda CRF250RW machine, Calvin re-joined the race in fourteenth position and moved up one place before the finish line.

The sole standard bearer of Team HRC in MX2 was not too quick out of the gates in race two either, running in ninth place before overtaking Bas Vaessen in the early stages of the moto. Despite getting closer to Anthony Rodriguez in the first laps, Calvin struggled in getting up to speed and rode a lonely race up to the chequered flag.

Obviously, I’m quite disappointed with the weekend. I think I just lacked a bit of bike time last week and a bit of confidence, too. We had quite a big crash but I’m lucky to be in one piece. Tenth overall is surely not the best result, but it’s not too bad either. I just want to say thanks to the team for their unconditional support in good and bad times.

Today’s result surely didn’t match our expectations especially after what Calvin was able to show yesterday in terms of speed. Bad race days happen and it’s important to move on and learn from them, in order to be better prepared for the next race. He will have some more time to work on his fitness and I’m sure he’ll show up in Assen with fire in his eyes! 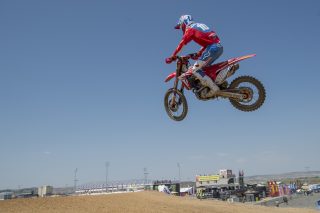 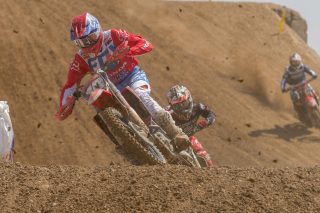 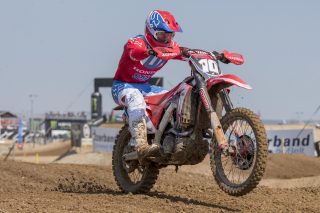 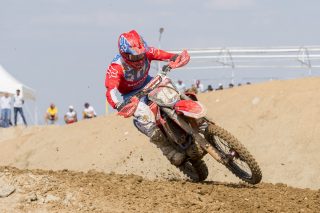 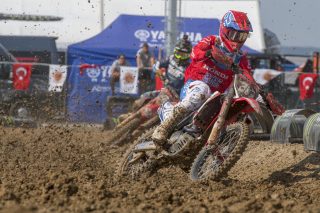 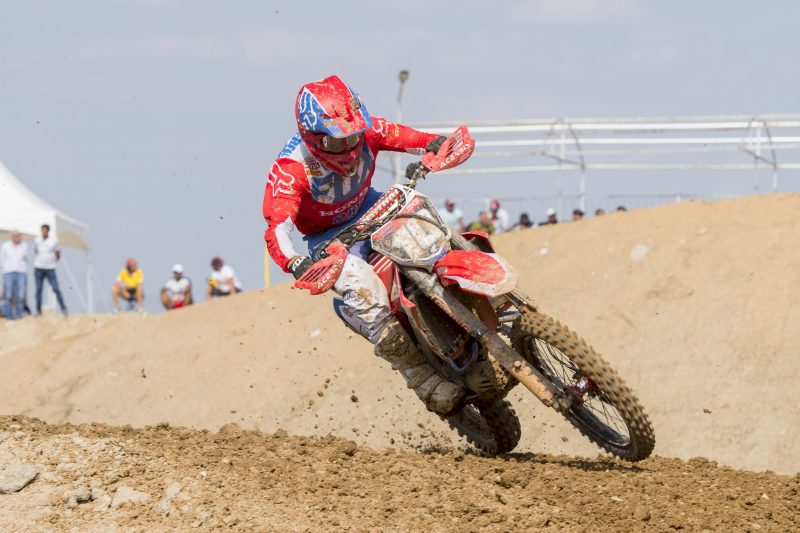