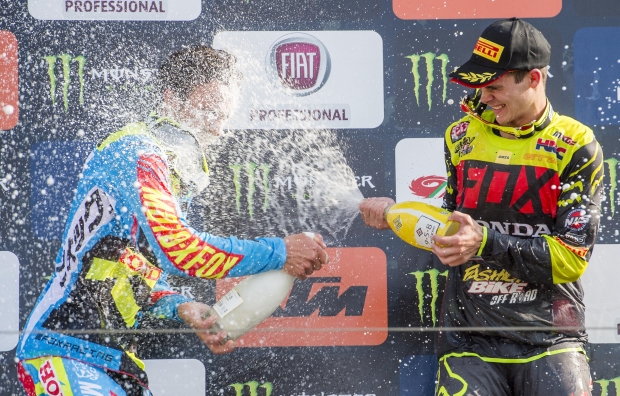 Gautier Paulin finished his MXGP of Lombardia by climbing on the podium for the second week in succession, clinching second overall in Mantova.

The Frenchman wasn’t entirely happy with yesterday’s qualifying race, but worked hard with the team overnight on his CRF450RW and bounced back strongly today to take a third and a second, which he snatched on the last lap of the second moto, to climb onto the second step of the podium.

Evgeny Bobryshev posted two recovery rides today after his win in qualifying yesterday, getting boxed in at the starts around the tricky tight right-hander. From tenth in race one the Russian soon found his rhythm and heaved himself to fifth, setting the then-fastest lap of the race. Race two was much the same, as he fought back from 12th at the start to sixth, to finish the Grand Prix seventh overall.

Conditions all weekend have been sweltering, and apart from a welcome breeze that gave a little respite, today was no different. The temperature soared to 30 degrees Celsius with a stifling 46 per cent humidity, making the conditions on-track closer to those in Thailand than might be expected within Europe.

The season now embarks upon its summer break with three weekends of no Grand Prix action, but during which the riders’ training and testing schedules will continue in earnest.

“Yesterday I was struggling a little bit in qualifying but we made some adjustments overnight and it worked much better today. From the warm-up I improved a lot. In both races I had pretty good starts, and this weekend to get third and second means we did a good job. I am definitely happy about the weekend. Now it was really hot, and in Matterley I said I wanted to work hard to better in some areas that I missed with injury, so to be on the podium here and in these conditions actually I can’t believe. I’m really happy for me and for the team, and after a hard time earlier in the season it’s just such a good feeling.”

“Today just didn’t go as well as yesterday did. The starts were not so strong and I got boxed in a bit, but the feeling just didn’t flow as well today. I came back well through the field from the starts and could gain some places, and even we had the fastest lap early on in race one, but just couldn’t hold the pace ‘til the end. It’s a shame after the performance yesterday, but that’s just the way it goes.”

“I’m so pleased for all the team that we had another double podium today with Tim and Gautier. Both of them rode really very well in tough conditions with the heat, and it was good to see Gautier take second on the final lap, always pushing right to the flag. It’s now our fourth double-podium in a row, so we’re clearly working in the right way, everyone in the team is doing a great job, and the CRF450RW is a fantastic bike.” 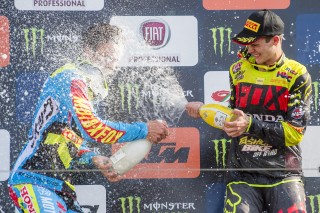 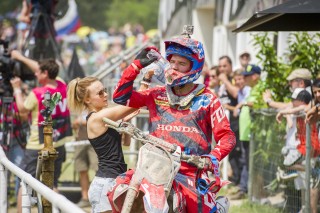 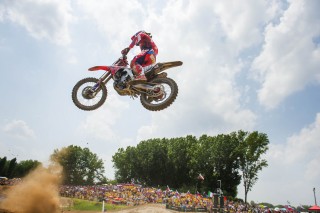 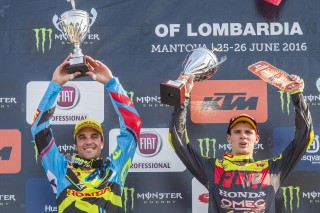 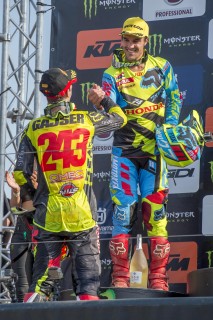 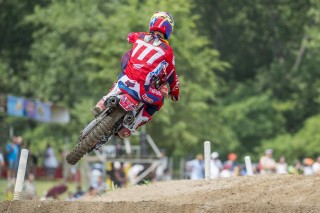 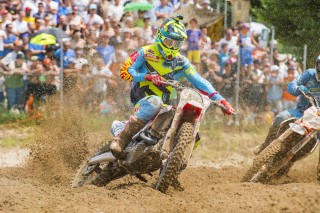 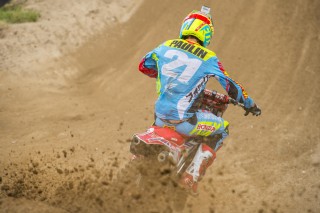 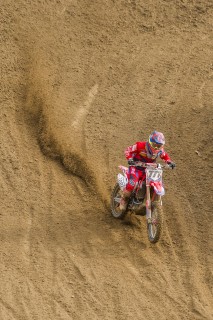 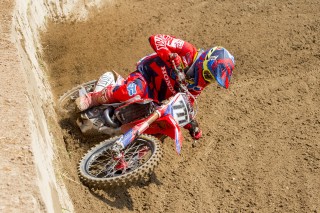 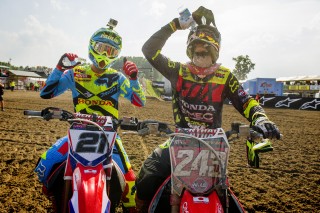 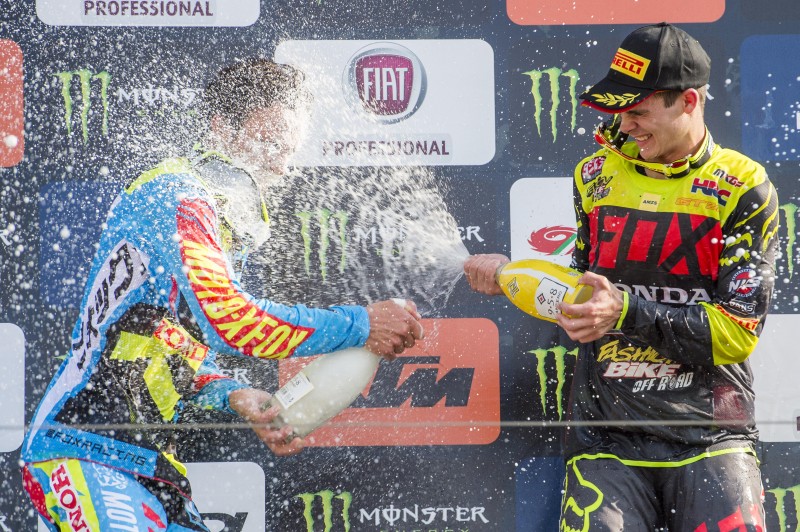