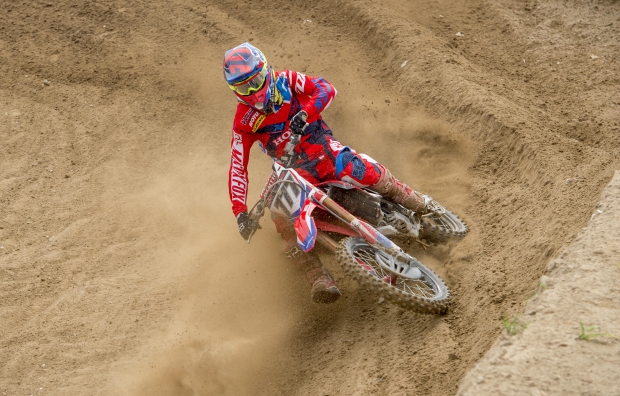 The recent dominance of riders aboard the Honda CRF450RW continued today, as Evgeny Bobryshev took his third qualifying race win of the season on the #777 machine. This just after the Honda riders went 1-2-3 in timed practice.

Getting out the gate well, the Russian took an early before conceding the position to Max Nagl into the first corner. Giving chase, Bobby reclaimed the lead on the very same corner three laps later, setting the fastest lap in the process, and from there never looked back.

As Tim Gajser also passed Nagl to inherit second, it was a re-run of Matterley Basin again as Bobby and Gajser went head-to-head, but this time the Russian came out on top, resisting pressure from #243 until the very last lap.

Gautier Paulin also started well into fourth, putting Honda riders 1st, 3rd and 4th out of the gate. Battling with Jeremy van Horebeek and Glenn Coldenhoff as the race progressed, the Frenchman endured a race in which he was not entirely comfortable to come home sixth.

As the temperature in Mantova reached a swelteringly humid 32 degrees Celsius, it was a test of endurance and stamina for the riders on track.

“I’m pleased with that race, and to take the third quali win of the season. The bike felt really good and I made a good start which meant we were fighting at the front right away. I was able to pass Max and the make a gap. Tim was chasing at the end, and with two laps left I made a mistake in the waves in sector one and lost two seconds or so, but we were far enough ahead and I could get the rhythm straight back to stay ahead. If we get some rain tonight or tomorrow it may change things a bit, but I’m feeling good and the team gave me a great bike.”

“I had a good start and actually had a good laptime and feeling generally good, just the track’s been dry and I was struggling with some setup. I couldn’t ride the way I wanted to ride so I was tight, not in a good shape and not on the best line, so along with the hot weather nothing was easy today. I was second to the gate, but for tomorrow I think top eight is enough so I am happy enough to finish sixth. Tomorrow we’ll make all the points from today stronger.”

“Right from the start of the day we could see our bike was working well here as Tim and Gautier were second and third. Then in timed practice we went 1-2-3 with Bobby, Gautier and Tim, so I’m really pleased that we could continue the performance into the race. It’s great to see Bobby win again, and with Tim in second and Gautier sixth, we’re looking strong for tomorrow and aiming right at that podium.” 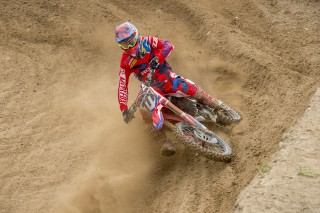 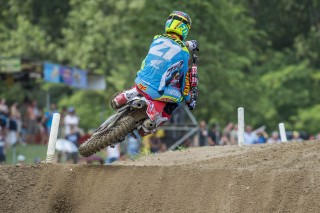 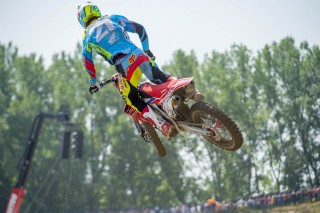 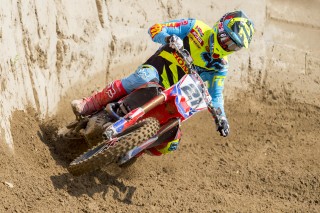 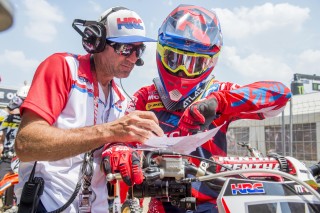 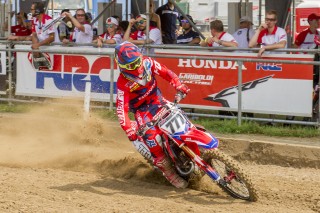 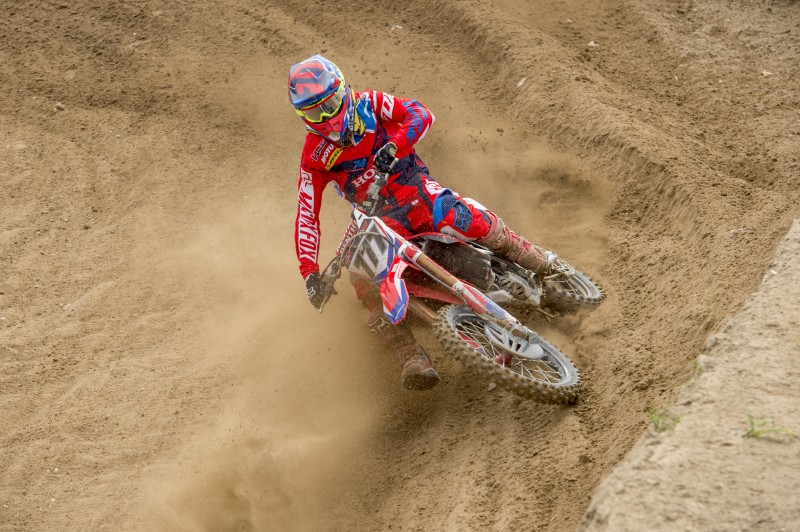