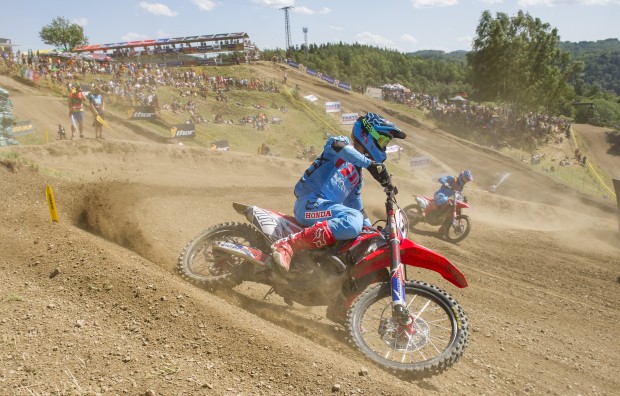 Gautier Paulin took second overall in today’s qualifying race for the MXGP of Czech Republic, converting the result from a good start that immediately saw the Frenchman into third on the works CRF450RW.

Emerging from the messy first corner scrapes unscathed, Gautier quickly set about chasing down Romain Febvre. Making his pass for second place, the lead duo then ran away from the rest of the pack.

Whilst Paulin had his own space on track for much of the race, Evgeny Bobryshev was much more in the midst of the action. Emerging from turn one in tenth, the Russian was embroiled in a four-bike battle for most of the 13-lap race. Dropping to twelfth at one point as the quartet traded places, he fought back to cross the line in eighth.

After overnight rain, the skies were clear today, and the high winds helped dry the track which soon needed to be watered between sessions. Much the same is expected tomorrow for the two races, the first of which gets underway at 1415hrs local time.

“We’re pretty pleased with the way today has gone with Gautier second, and Bobby having the speed to be fastest in Timed Practice, but just not quite making the start in the race. It’s a wide start here to gate pick is not so important, but it’s also a tight and uphill first corner so getting through that cleanly is absolutely key, as we saw in many races today. Both guys are feeling comfortable and confident, so they should both be challenging for the podium tomorrow.”

“I’m feeling good. The bike is good, and we build a lot for tomorrow. I tried some setup today which actually I didn’t really like, but we found something for qualifying so I could push, so we’re looking good for tomorrow. It’s a difficult first corner, but the start straight is really long which is good and fun because we don’t have this in MXGP normally. If they water too much overnight they will make a mess so I hope they continue working tomorrow like they did today. I had fun on the bike today.”

“It’s not kind of my compound here but I’m feeling good on this track. I have good speed and I’m feeling comfortable. In timed practice I had the pole, but then in the qualifying race I had a really bad start. To be honest at first I was a little scared after seeing the crash of Herlings. Then as the gate dropped I had a lot of spinning and I was almost last into the first corner. I managed to come out in around tenth, and then to finish eighth was ok, but I know tomorrow if we can start cleanly I have the pace to finish on the podium.” 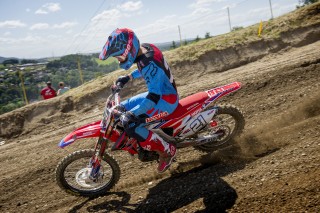 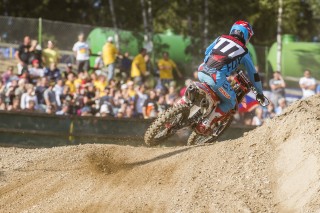 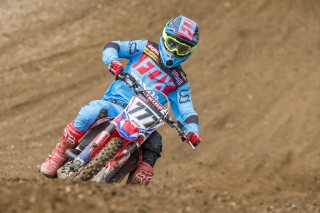 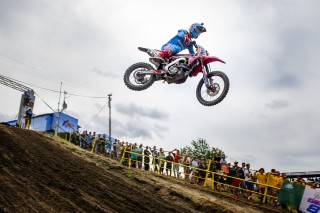 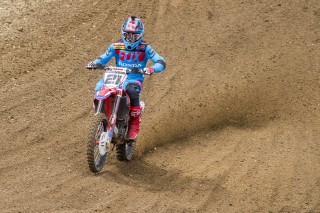 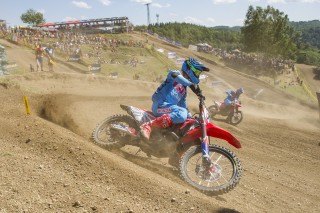 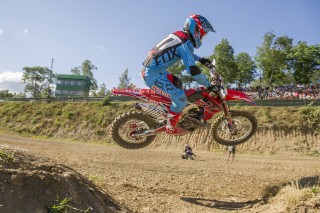 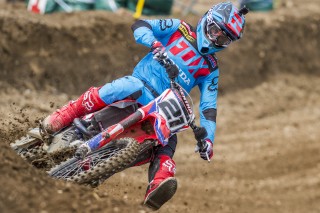 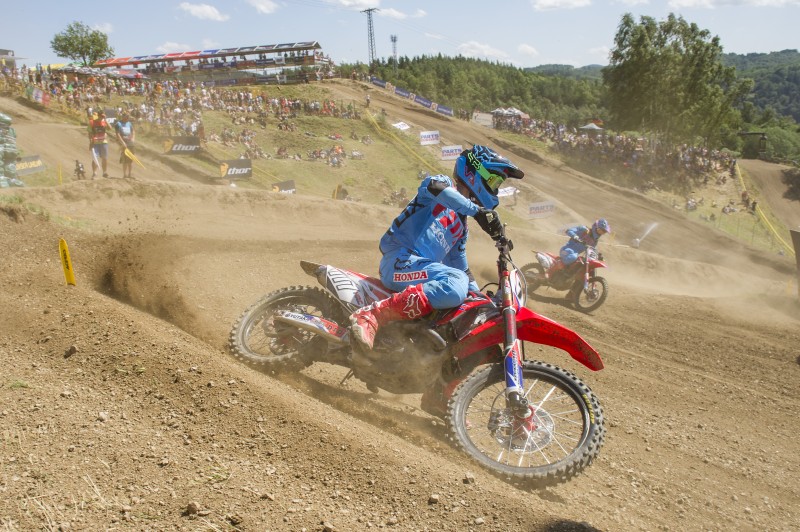