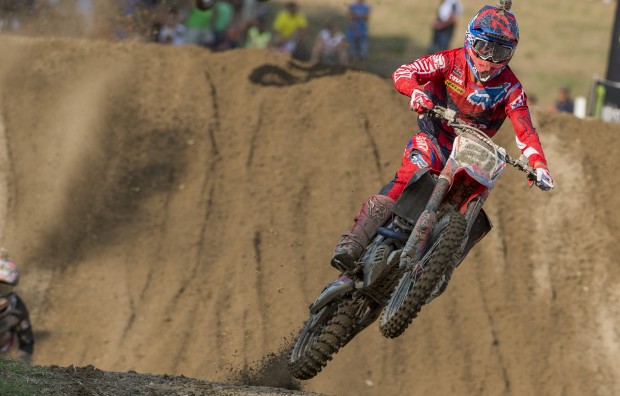 The qualifying race for the MXGP of Lombardia started in red, with an all-Honda top-three for the opening laps. Getting out of the gate well, Evgeny Bobryshev slotted into second on his CRF450RW, flanked by the CRF450Rs of Filip Bengtsson and Christophe Charlier.

Gautier Paulin couldn’t avoid a tight line exiting turn one and was forced to back his machine off a little, seeing him pass the first short pit-lane straight in sixth position.

Up front, Bobby was pushing hard for the lead until a small mistake on lap three demoted him to fourth and unsettled his rhythm, putting him in the midst of a tooth-and-nail scrap. A lap later, after a second small mistake, he found himself in seventh as Paulin slotted into fourth.

From there, the pairing fought their way through the field; Paulin settling into second position with a personal best with three laps to go, and Bobby getting the best of the five-way battle he had been in to finish sixth.

Under clear blue skies and bright sun, the sand of the Mantova circuit proved slippery but not too deep – certainly a far cry from the conditions in Lommel last time out. With more of the same predicted for tomorrow’s two races, which start at the usual time of 1415hrs, the team are confident that again they can pair good starts with strong pace to make it a red race.

“We’ve shown strong pace today with both riders in the top five in Timed Practice, and we would have both guys right at the front in the race but for a couple of small mistakes from Bobby. For tomorrow it’s looking good though, as we know the pace is there and the starts. Bobby was a little stiff and will benefit tomorrow from riding less aggressively, and Gautier rode well and smoothly. Passing is hard on the sand so getting out of the gate well again tomorrow will be a big advantage, but we’re feeling confident.”

“At the start I was just behind Max [Nagl] and went right to the inside but then there was the bank so I had to brake and many riders passed me round the outside. From there I just made my race riding smoothly and safely, and to finish second is fine for tomorrow. I had good rhythm so everything today was ok.”

“I’m happy with my start especially because I had a good pull out of the gate and a good position and good timing, so everything was fine. I was second behind Bengtsson, and after a few laps I tried to go a bit aggressive to overtake him but then I made a mistake and slipped down the hill and lost two places, and then I lost the front. To finish sixth is ok, but today I worked for it. In the qualifying race I shouldn’t really do this and should ride more calm, but it’s motocross and it’s easy to make mistakes. Tomorrow we should be fine and I’m confident for the race, and sixth is good enough for the start.”

Qualifying Round 15   GP of Lombardia Mantova 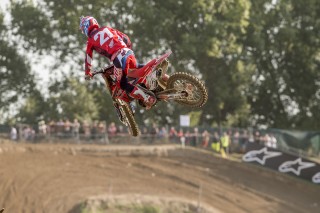 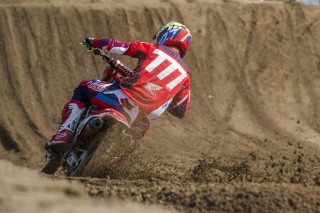 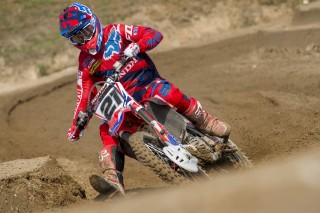 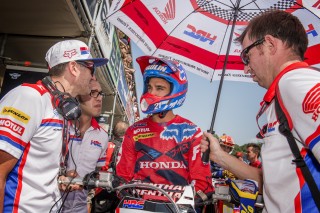 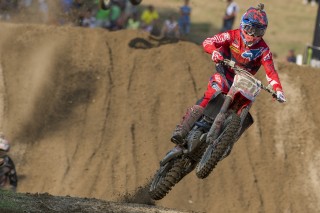 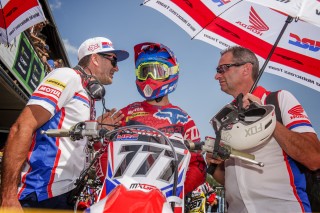 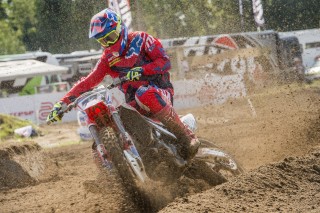 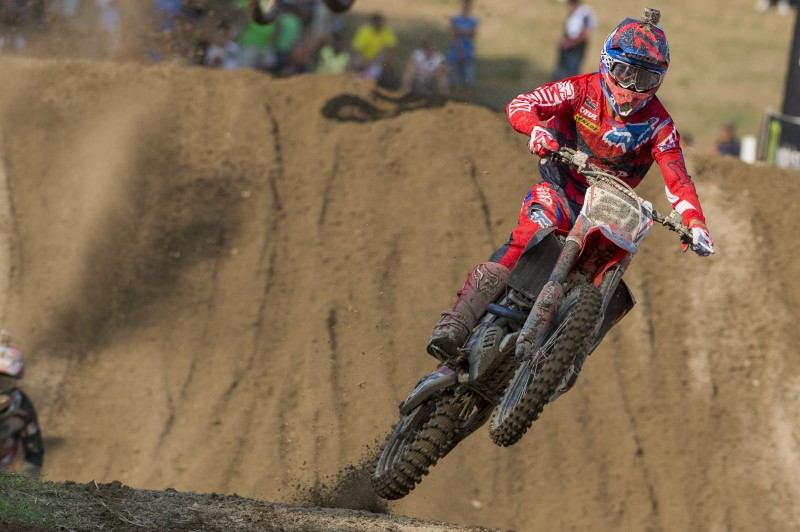