Gautier Paulin took to podium again today with a fantastic performance that saw him finish third in the opening race at Teutschenthal today and take a race victory in the second. Both Paulin and Bobryshev had great pace yesterday, and it translated today to move the Team HRC duo up to fourth and fifth in the World Championship standings.

In the opening MXGP race both Gautier and Bobby got off to good starts and emerged from the first corner in fourth and fifth respectively. After the first four corners Bobby had climbed to third, whereupon he set about chasing down Dean Ferris and Romain Febvre. Moving his way into second with 25 of the 30 minutes still remaining, he then chased Febvre until the finish, setting the fastest lap in the process, and crossing the line just 2.2seconds adrift. Gautier Paulin was just 1.4seconds further back in third, to make it the first time that two Team HRC riders have finished in the top three in an MXGP moto.

Whilst Gautier went two positions better in the second moto to take his third race win of the season on the CRF450RW, Bobby was more unfortunate. Looking set to stand on the podium again himself, his weekend was marred with a first corner crash that sent him to the back of the pack. Undeterred, he mounted a relentless comeback, fighting right until the finish line with a pass on the last corner to take the flag in seventh, meaning he tied on points with third place overall but was denied the podium on results countback.

“It’s great to be back on the podium again, and it’s great to transfer some of that form we’ve had from Saturday to Sunday. We’re known we’ve been capable of it, but it just hasn’t worked out for us at the last few races but now it all worked well today. It was good to see Gautier going like he did and riding really well, especially in the last race. It was a shame for Bobby to go down in the first corner with just a little mistake. It was a tremendous ride to come back to seventh, and to finish joint third overall on points although with the seventh it didn’t put him in the podium. I’m sure though he would have been on the podium had he got round the first corner ok.”

“It’s great to be back on the podium again, and when I can ride like this I really enjoy the feeling on the bike. It’s very positive to have made a good job today. In the second moto the track was much better, and we did a really good job with Team HRC and Honda and I feel really good now on the bike. In the first moto I made a few mistakes and couldn’t do better than third, but then in the second moto I had a really good battle with Romain to keep the lead, so today has just been fun.”

“Overall I’m happy with the day. For me it was important to stay healthy and get some good points. After the race I was frustrated as I was a little bit expecting too much because yesterday was going well and the first race was going well so I was really looking forward to the second. Just a little mistake in turn one put me right back in the pack, but then I managed to come back to seventh, fighting right until the last lap as I was feeling great. There were lots of bumps inside turn one after the race and I just hit one of these and fell. For sure it’s a shame because I could be on the podium, but now I feel confident on the bike and my racing and fitness are all on a good level so I know I can be on the podium, but the competition is so strong everything can change with just a little crash like this at the start. But the team is working well and the bike is working well and I’m happy with the everything is going, so it will come.”

Race Round 10   GP of Germany Germany 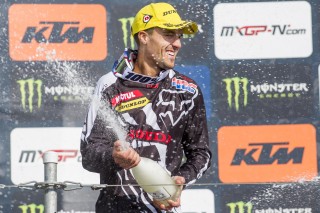 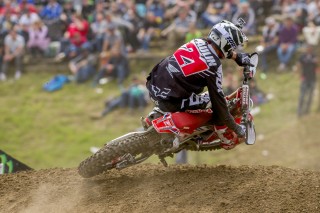 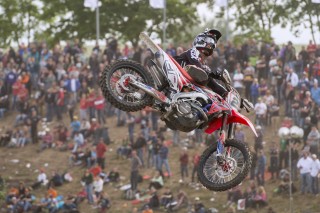 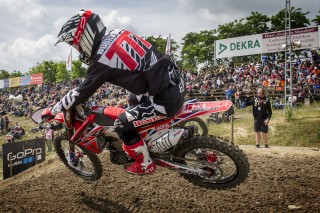 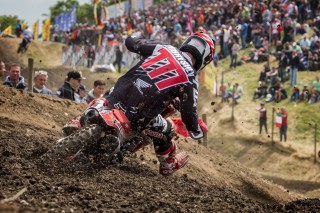 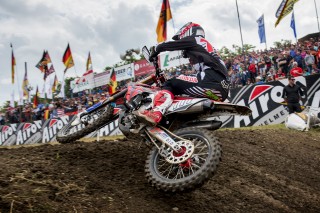 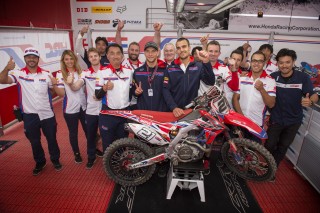