Max Nagl started his season strongly aboard the Honda CRF450RW with a victory in the first of the two 30minute races in Qatar today. His win was his first with Honda, the first for the CRF450RW machine, and also the first for Team HRC.

The German #12 rider consolidated his positive start to the year in the second race with a determined ride to fourth position, putting him second overall in the championship standings.

After finishing an encouraging third in yesterday’s qualifying race despite carrying an injury, Evgeny Bobryshev sustained further knocks to his right ankle today and the increased pain hampered his race-distance pace.

In race one, Bobby started strongly and was running a comfortable second in the early stages before slipping to 8th, and in race two again a fast start saw the Russian in 5th in the opening laps before contact exacerbated his injury and the pain it caused him. Gritting his teeth, he nevertheless brought his Honda CRF450R across the line in 9th, putting him 9th overall in the Championship.

"The last win was a long time ago for myself so to win the first race today makes me really happy. I got a good start and managed to get out front. Up until the last lap I wasn’t that tired, just maintaining my pace, but then I had to really push at the end when Toni was behind me as I knew he’d be giving it everything he’s got.

I’m just so pleased for Roger, my chief mechanic, and the whole team for this win, and it was the perfect way to start the season. I was happy all weekend with my riding, and the bike was always working perfectly. Every session we made some small changes to setup and we always could improve it a little bit and that’s the best way to work. It’s important to start the season this way, not like last year, and to be taking points."

"Really I was fighting twice today – once with the race itself, and also with my ankle injury. I have the speed and everything but I could not handle the track and the slippery ground. There were many right handers and I couldn't use my injured leg properly. In the second race I twisted it twice again, and I had a big battle at the start of the race and a few times my ankle was hit which caused me so much pain. I had to continue so I squeezed my teeth and finished. The season is long, but at the moment it’s really tough."

"A lot of work has gone into the off-season by Honda and HRC and performance was good, so I am pleased to see the same level today in the races. Team HRC won the first race of this Grand Prix, so we are confident in our effort. Bobby had no luck with his ankle but his speed is there, so we hope he can feel stronger in Thailand next weekend. We are very happy that Max won and is second in the Championship, so overall we are happy with the weekend."

"Max was tremendous this weekend, really excellent. To win the first race of the year and to end up second in the championship is fantastic; we’re really pleased. It’s a great basis to start the season from. A lot of work and effort from everyone has gone into the preseason and to preparing for this year so it’s great for the whole team, for Honda and for HRC.

"With Bobby too, we can see he’s certainly got the speed. Third in qualifying yesterday was a positive start, and he made good starts in both races. But you could see he was suffering a bit – basically he’s ridden a whole weekend putting his right foot down as little as possible to protect his ankle, which, at this level of performance, makes a big difference."

Race Round 1   GP of Qatar Qatar 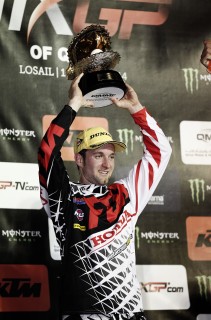 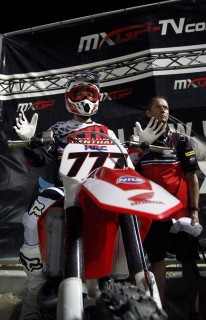 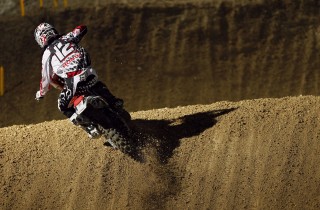 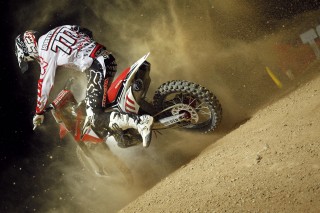