The inaugural Motocross Grand Prix of 2014 in Qatar started well for Team HRC with Evgeny Bobryshev crossing the line in third in the 20 minute (+two laps) qualifying race, and Max Nagl fighting his way to sixth.

Bobryshev make a searing start to jump into third from the opening lap, and despite nursing an ankle injury picked up in training, fought his way into second, closing on the lead. In the final third distance Bobby fought through the pain to hold onto third.

Max’s start was hampered by an unsighted rock beneath the soft sand, but after dropping to 16th he delivered a great performance to pass ten riders and cross the line 6th, despite the tight track being especially tricky to pass on.

"I had a good start, and that’s really important because the track is a bit tight. I was sitting in third and managed to pass Guarneri and was closing down Strijbos but after 15 minutes I had more pain in my ankle. I had pain throughout the race, but it was worse at the end and it was difficult for me through right corners. I had to slow down as it was painful for me to use the leg.

I’m pretty much happy though and think we had a good race. We’ll think about today and about mistakes and put it all together for tomorrow. Today is the qualifying race so, it’s always nice to win, but 1st or 2nd is not so much difference and sometimes it’s better not to take the risk and be consistent."

"The start was actually terrible here as what I didn’t know, and what nobody knew, was that there was a big rock underneath the start gate with just some sand on it, so fro the line I was spinning a lot and the rpm dropped.

It’s tough to pass here because it’s just one line everywhere, and with the big jumps you cannot make the pass into the turn because you have to jump behind each other, so it’s really important to make a good start.

The riding was good though after the start; I was feeling good and the bike was perfect. We don’t have to change a lot for tomorrow, just some small setups. I’m confortable tomorrow. If I can get a good start, I’m sure I can go with the top guys. I’m happy, it was a good day."

"Considering Bobby’s carrying a bit of an injury, that was a good ride from him because you could see he was having difficulty with the right-handers. He made a good clean start and was chasing down Strijbos for the lead. Max was strong too – that’s the most aggressive I’ve seen him ride. Certainly more aggressive in that race than he’d been last year. Passing is tough here – everybody is running the same speed here so that makes it difficult to make up for a mistake, but Max passed ten riders, so he was riding well. It’s a good opening to the season."

Qualifying Round 1   GP of Qatar Qatar 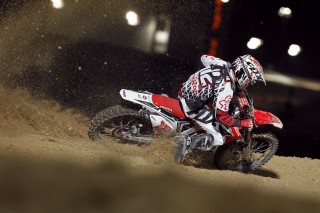 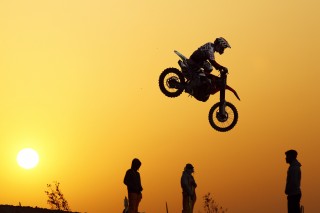 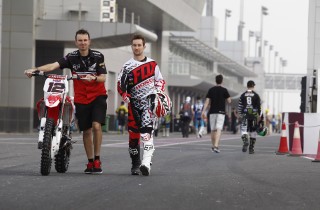 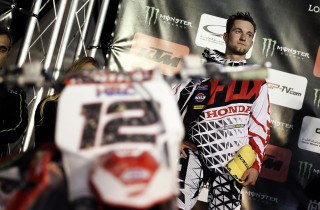