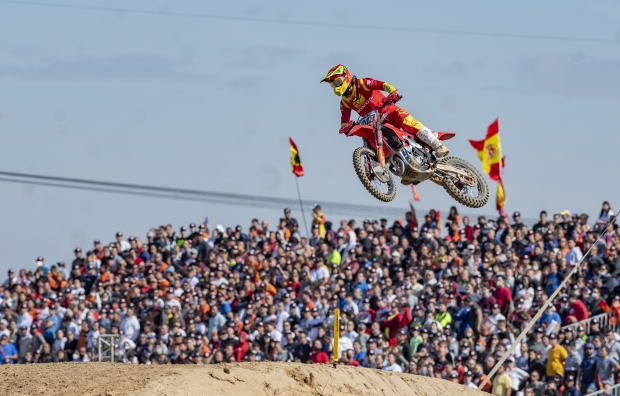 A solid day in Spain, saw Team HRC’s Tim Gajser maintain his third position in the MXGP championship battle after his four-two results gave him third overall at the Intu-Xanadu Arroyomolinos track.

Located just outside of Madrid, the venue was packed with new tribunes which the 26,000 Spanish fans filled to the brim, with enthusiastic and vociferous support. The supporters at the last two rounds have really added an extra element that had been missing for over 18 months and it is great to see world championship motocross returning to normality.

On the track, Gajser started the day with second gate pick after one of his strongest qualification sessions of the season, a statement that he didn’t want a repeat of France where he struggled with a poor gate pick. He then kept this momentum in both races with excellent starts that gave him a chance of battling for the lead. Unfortunately, he wasn’t able to capitalise fully in either race but they were encouraging signs that the Honda CRF450RW is still one of the fastest round the first bend.

In race one, the Slovenian rider stayed in third place for most of the moto, stalking second, but unable to make a pass stick in what was a pretty one-lined track. Then, just at looked like would finally find his way round with a couple of laps remaining, he made a small mistake around the edge of the track and ended up losing a position instead. This dropped him to fourth place, where he would eventually cross the chequered flag.

Knowing that he couldn’t afford a similar mistake in race two, he got an even better start, rounding the first corner in second place. A small off-track excursion dropped him a position but his laptimes were good and he was looking menacing once again as passing was still at a premium. At the midway point of the moto, he’d finally found the spot to make his move and swept through into second just after the finish line jump. With half of the race still to go, he tried to chase down the leader but the gap was just too far and instead he had to settle for second place, giving him third place on the podium.

The series now heads to Trentino, in northern Italy for the first triple-header of the season and a track where Gajser has very fond recent memories. He had a great performance in 2019 to win that GP overall and then he won the 2020 MXGP world title at the triple-header there last year. He knows he’ll have to be at his very best to repeat those results, but he’s hoping a lot of Slovenian fans will make the trip to cheer him on as he attempts to win his fifth championship in just seven years, in what will be an extremely tense last five rounds.

Once again it was a round where I did much better in the second moto than the first. It is frustrating to have made those mistakes in race one, which cost me valuable points but I was very happy with how I started in both races and it was nice to ride well in the second moto. Now we head to the final five rounds in Italy, with three in Trentino and two in Mantova and I really hope I get a lot of support because it really makes a difference around the track. I’m excited to get to get to Trentino as it is a place I love riding and I really want to make a big final push for the championship there.

It was positive to see Tim get out of the gate well in both races. We know he’d been working hard at this and it was good to see that work paying off. Unfortunately he made a couple of mistakes but overall, it was a strong day and although the gap is 15 points, we are still fighting hard and we head to Trentino fully motivated to get the gap down.

Race Round 13   MXGP of Spain Spain 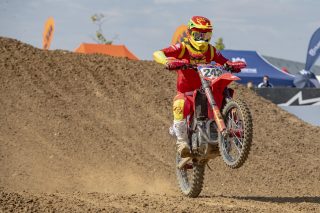 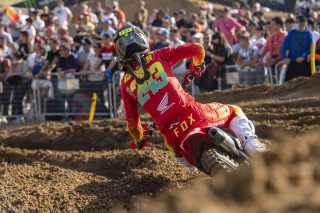 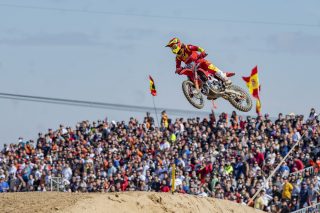 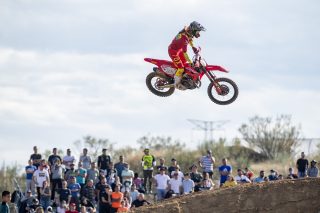