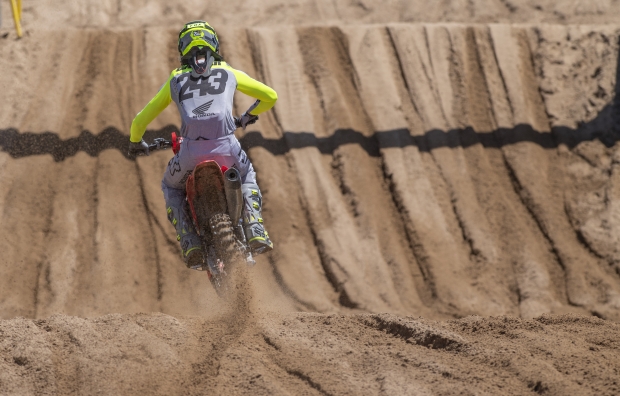 Tim Gajser and Mitch Evans both put in strong qualification races to give themselves good gate picks for tomorrow’s points-scoring motos, as the duo went two-seven respectively at the tough Riola Sardo circuit in Sardinia, Italy.

The Team HRC pair came into this MXGP of Sardegna with renewed confidence after a positive MXGP of Italy last weekend, but they knew it wouldn’t be easy as the deep sand terrain provided the most difficult challenge for the riders last year and with high temperatures forecast for the weekend, it really would be a test for man and machine.

Onboard their Honda CRF450R’s Gajser and Evans had decent timed practices, giving them fourth and twelfth gate-picks for the 20-minute qualification race. For the Slovenian, who is enjoying a current seven-moto win-streak, the aim of today was to put himself in a position to be able to continue that, whilst conserving as much energy as possible for the two motos tomorrow. And that is exactly what the #243 achieved, rounding the first turn inside the top three, before moving into second-place halfway through the moto. He pressured the leader a little bit, but decided second was good enough and settled for that as they crossed the line.

Evans was able to get himself into the top 10 as they rounded the first corner, which was an improvement over previous rounds and a positive start after a lot of work during the week. The Australian didn’t find his groove straight-away but once he got into the rhythm of the track, he was able to make a few passes and was even the fastest rider on the track nearing the end of the race. This gave him seventh place and a solid base to build upon for the races tomorrow, both of which should also be hot temperatures and difficult track conditions. First up though will be a morning warm-up at 10:45 before the two races at 14:15 and 17:10, for what is the eighth round of this 2022 MXGP World Championship.

It was a hot day today, in tough track conditions so I’m happy to finish in second place and set myself up nicely for tomorrow’s races. My speed was good all day long and I got a good start in the race and just kept it steady, not trying to push too hard and saving some energy for the gate-drops in what should be similarly hot conditions for tomorrow’s motos. I made one pass but it was actually tough to make too many passes as the track didn’t develop so many lines so I stayed in second and look forward to pushing a bit more tomorrow, when I can hopefully continue my winning run.

This is the first time I’ve raced a deep sand track since Valkenswaard in 2020, so it took a little bit of time to get the feeling back, but once I relaxed and rode a bit smoother, the speed increased and I could make my way through the field again. I’m hoping that the starts will go a bit better from seventh gate pick and then I can keep up my speed in the longer motos and really start challenging the top five positions. The temperature is a lot hotter than any race we’ve had so far this year so that makes things harder but I’m feeling better about my riding and excited to see what I can achieve tomorrow.

We always knew that with the high temperatures and this tough surface that it would be a difficult day, but we’re proud of the races by Tim and Mitch. Obviously, after all his recent successes, it would be easy to think that second isn’t enough but it was good to see Tim not push too hard and risk anything today and put more of his energy into the points-races. Mitch has really been working hard on getting out the gate better, and while it didn’t come off today, we have made improvements and if he can combine that with this momentum he is having late in the races, we are looking forward to seeing how high he can place tomorrow. Overall, a solid day for Team HRC.

Qualifying Round 8   MXGP of Sardegna Sardegna 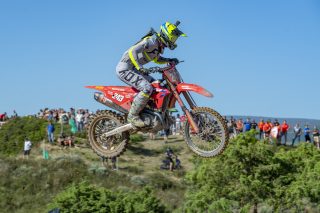 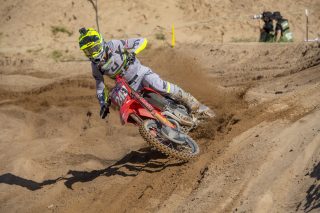 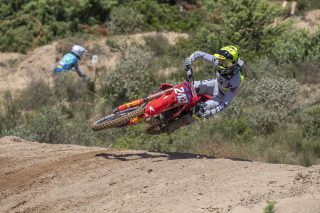 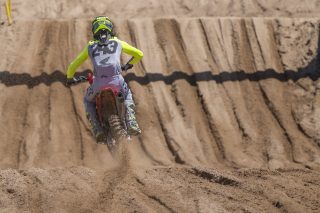 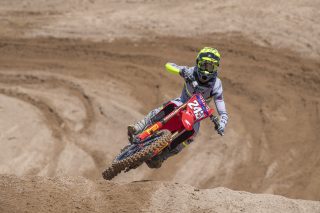 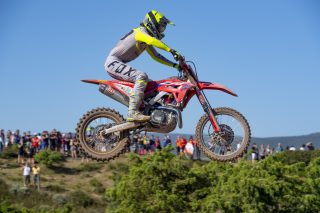 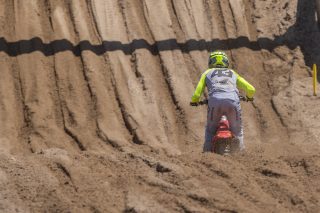 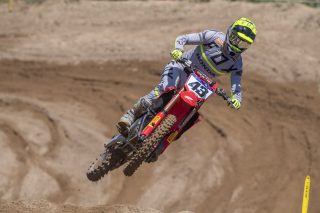 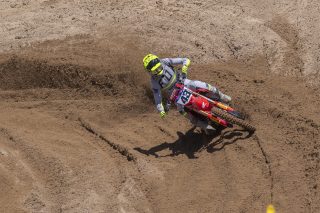 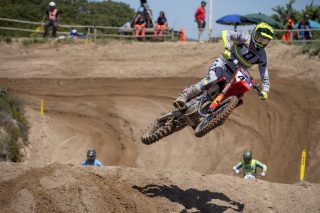 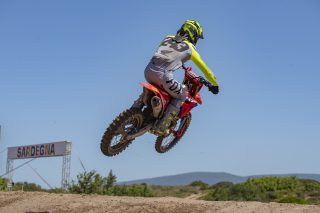 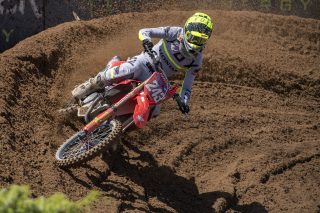 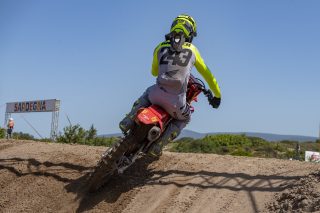 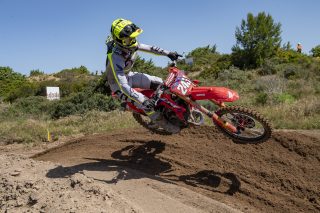 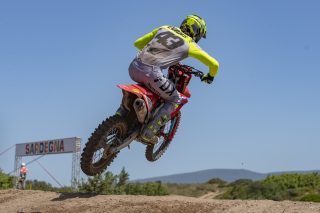 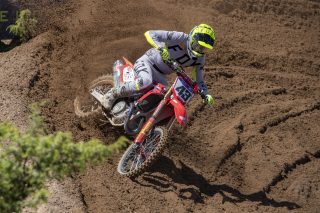 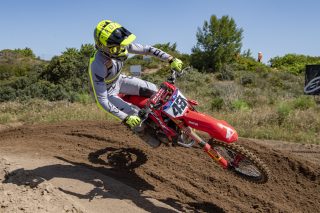 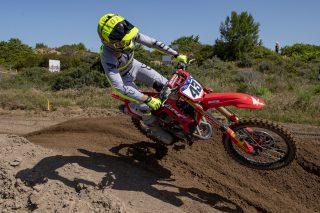 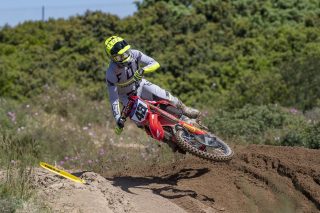 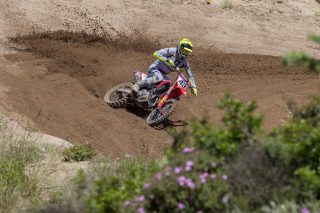 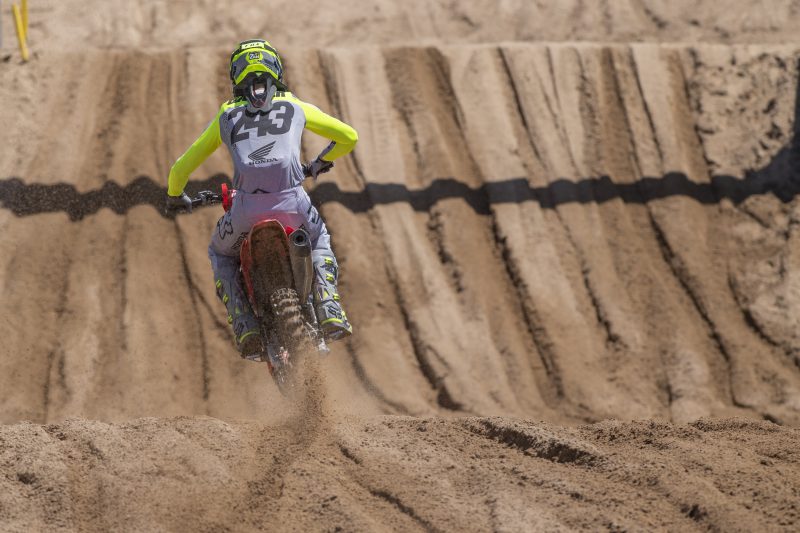