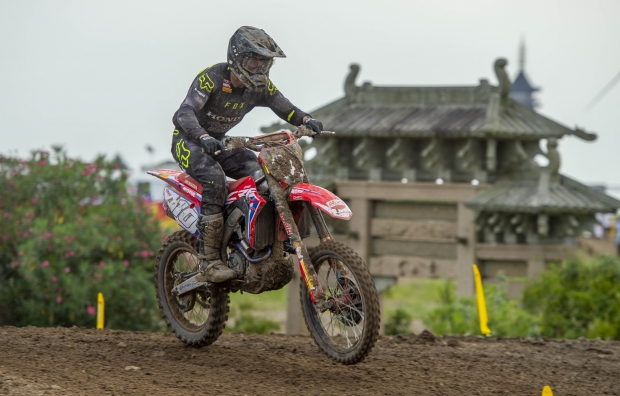 Team HRC’s Calvin Vlaanderen put in a good performance on board his Honda CRF250RW to put himself in a strong position heading into tomorrow’s main motos at the 2019 MXGP of China in Shanghai.

After placing second in free practice and then fourth in timed practice, Vlaanderen had a great jump out of the gate, rounding the first bend in second place as he looked to pressure the one rider in front. Unfortunately a couple of small mistakes meant that he actually dropped three positions on the first lap but he maintained his composure and looked to settle into a good rhythm. After four laps, Vlaanderen started making moves and within two more laps he was into a solid third position, which is where he crossed the line. This gives him one better gate pick than the qualification race, so he has high hopes that a couple more good starts should see him back on the podium, which would be special occasion at the first ever Chinese MXGP event.

The #10 rider will be able to put that into practice when his first gate drops at 12:10 local time, with race two getting underway 15:10 on Sunday 15th September.

The track here in Shanghai is fine, maybe a bit one-lined in our MX2 class because not many people riding before us but I had fun out there and had good feeling all day. I got a good start in my qualification race after fourth gate pick, moving right into second place. However I made a couple of mistakes on that first lap which cost me three spots but as I settled into the race I made two passes and finished third at the chequered flag. I feel good out there, physically I feel and we’re just going to tweak a couple of things on the bike and that should hopefully make things even better so we can come out swinging tomorrow.

It was another good ride from Calvin, just like he showed in the previous rounds. It was good to see him get a good start as well and if he does the same tomorrow we are sure he can get back on the podium, like he was in Sweden where he won the second moto.

Qualifying Round 18   MXGP of China China 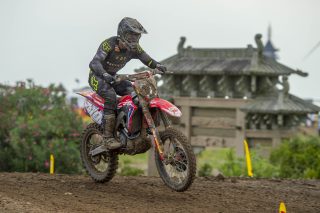 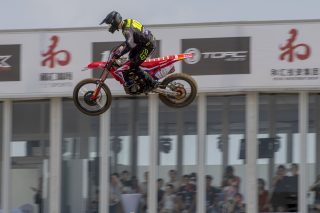 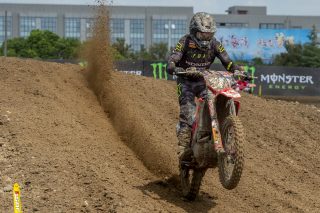 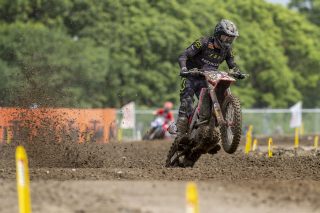 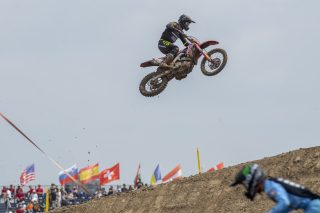 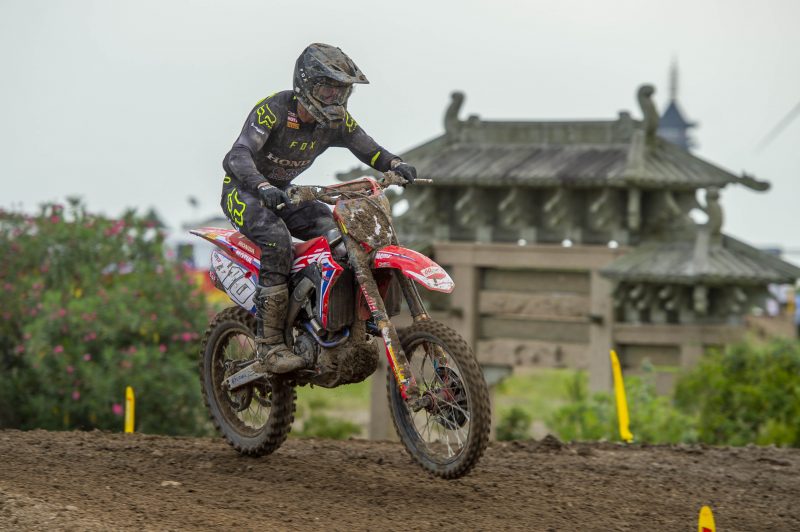