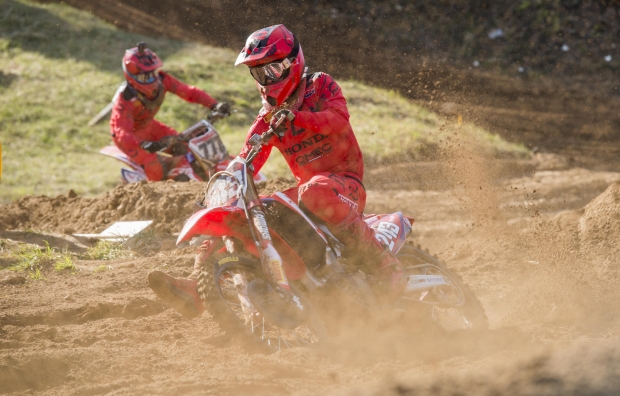 Tim Gajser and Evgeny Bobryshev took to the golden sands of Kegums today, as the HRC duo took fourth and fifth consecutively in the qualifying race at the MXGP of Latvia.

Gajser seemed a little off his usual pace earlier on in the day but delivered in qualifying when he gated in third. He had an early push for second with Herlings and battled throughout the race with both Van Horebeek and his team mate Bobby. In the end, he bought his CRF450RW home in fourth, ahead of points rival Cairoli which allows a good gate pick for tomorrow.

Bobryshev showed early promise today when he got the second fastest lap time in timed practice behind ‘sand man’ Jeffery Herlings. The Russian, who has many fans here supporting him this weekend, rode a sensible race to finish just behind his team mate in fifth.

All day was tough. I was struggling to get a good pace in free practice and timed practice so really, the qualifying race wasn’t so bad. I had a good start in third and the beginning of the race was ok until I got arm pump and lost the speed and one position. Fourth isn’t so bad for tomorrow. I think the start is going to be important in how tomorrow goes so I need to get a good start and ride like I know.

Today was ok for me. I was late in the gate and then I lost momentum when the gate dropped. I made good places up in the corner and as a result I got to fourth. I kept behind Tim and didn’t push because the track was quite gnarly. Van Horbeek got past but I wasn’t ‘going for it’ so fifth will be a good place for me to start tomorrow. I have speed and I feel good on the bike so I look forward to tomorrow.

Tim and Bobby both had reasonable qualifying results today. They both had good starts which helped their efforts dramatically. The track is getting quite rough which will suit the CRF450RW and the mechanics will do some work on this overnight to prepare for tomorrow. Hopefully we will be in for some spectacular racing from the MXGP boys.

Qualifying Round 7   MXGP of Latvia Latvia 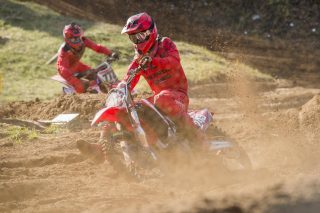 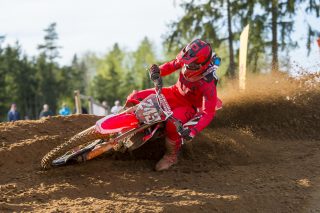 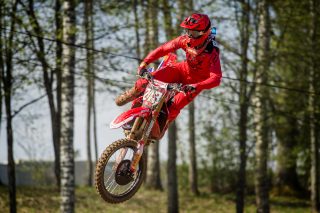 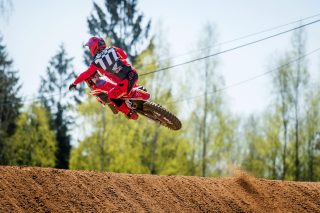 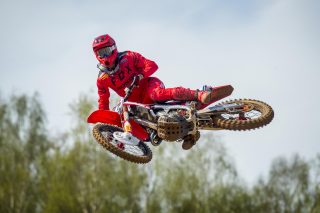 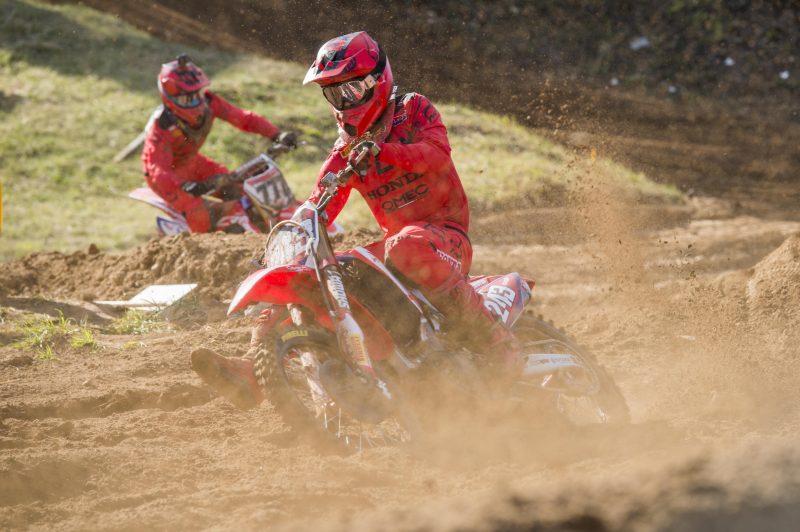