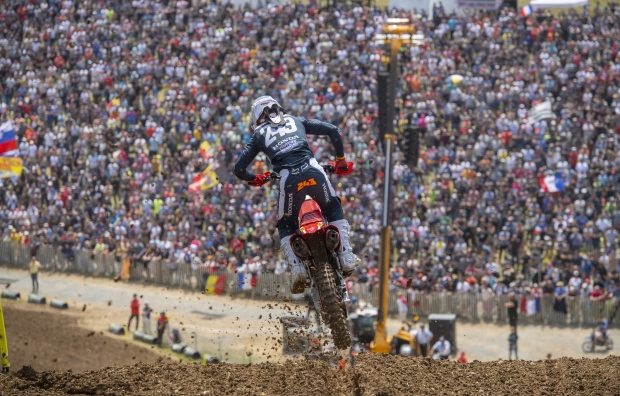 After a weekend off, the MXGP world championships now head to Orlyonok, Russia for the eighth round of the series, with Team HRC’s Tim Gajser looking to make it three overall victories in a row after his wins in Portugal and France. Team mate Brian Bogers also heads to the Black Sea resort with good memories of a track where he finished on the podium in 2017 when in the MX2 class.

Gajser has won the last four motos in extremely convincing fashion so while the small break might not have been ideal, he still heads to Russia filled with confidence that he and his Honda CRF450RW are working together to the best of their abilities. The gap at the top of the championship is now down to just 10 points and the hard-packed Orlyonok track gives Gajser another chance to win more races and close the gap even further.

While Bogers hasn’t enjoyed the same sort of success in the last couple of rounds, he used the free weekend to test with the team and try and improve for this next batch of races that sees the series head to Russia, Latvia and Germany in the next three weeks. After his second place finish in the second moto at the MXGP of Lombardia, he knows that the potential is there, it is just minimising the mistakes and riding like he knows how to ride every time he gets on the track. Two years ago, in pretty treacherous conditions, Bogers was able to place third overall in the MX2 class at this same facility so he’ll be hoping to use the confidence from that result to push him into the top 10 this weekend.

Unfortunately, missing once again is Team HRC’s MX2 rider Calvin Vlaanderen as he is still recovering from the operation to clean up the infection in his right ankle area. While the operation was a success, this quick succession of races have made the recovery timeline difficult to gauge so the #10 machine will once again be on the sidelines in Russia, with the hope that he will return to race action in the very near future.

This weekend the MXGP and MX2 riders are joined by the EMX250 and EMX2t classes as the series nears the halfway point of what is turning out to be an extremely exciting championship battle. The first Team HRC bike hits the track at 13:00 local time on Saturday 8th June for MXGP free practice with the qualifying race starting at 17:40. The first gate drop for the motos then happens at 14:15 on Sunday 9th June.

Russia is a nice track, I really like it. It is really hard pack, with big jumps and a layout that feels similar to Matterley Basin as they are both fast tracks. We had one week off after the French GP so I did a Slovenian championship race and of course some training, just to keep up the good rhythm. I’m really looking forward to getting back to the MXGPs though and I will give my best in Russia to try and make it three wins in a row.

Obviously I have good memories from Russia and my podium there in 2017. Unfortunately I wasn’t able to ride there last year but it is a nice track with some big hills and jumps and I’m glad to be heading back there for this GP. I have kept building in the break and did some testing with the team so I will continue to try and push myself to get the top 10 results that I know that I am capable of. Hopefully that will start this weekend, so I can reward all the team for the work they have put in to help get me to this level.

After three weeks in a row, it was nice to have a week off from the races so we could do a bit of testing and continue to improve things with the riders and the bike. Of course it was great to head into the break with Tim having won the last four races, so everyone is very happy and motivated to try and continue that run of results as we go to Russia this weekend. The last round in France really closed everything up in the championship race and Tim rode so well that we hope he can do it again this weekend. We also hope that the testing we did with Brian has given him a little boost ahead of this race and that he can start putting in the results that we know he has the speed and skill to achieve.
It is a shame that Calvin isn’t quite able to join us just yet but the news is positive about his recovery and we hope to have him back under the awning very soon. 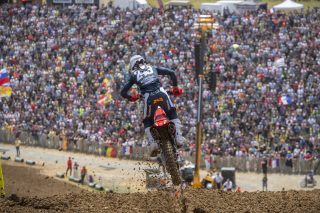 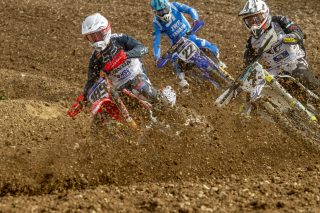 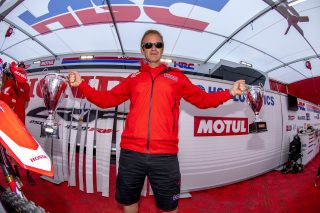 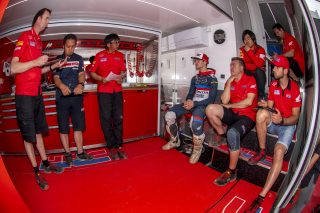 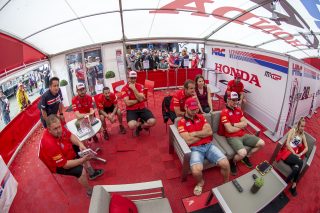 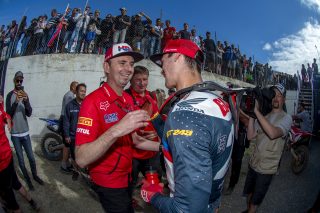 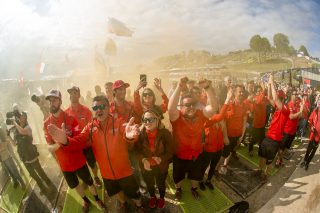 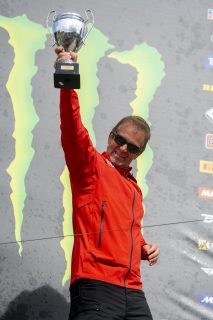 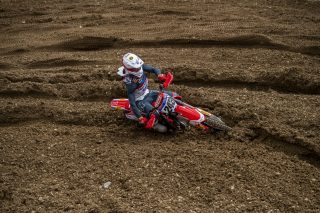 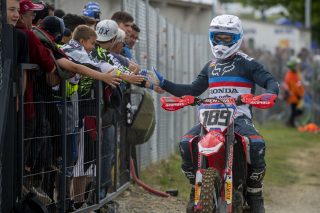 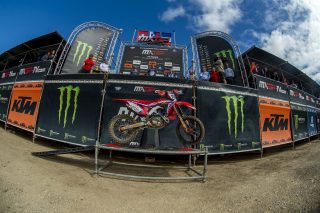 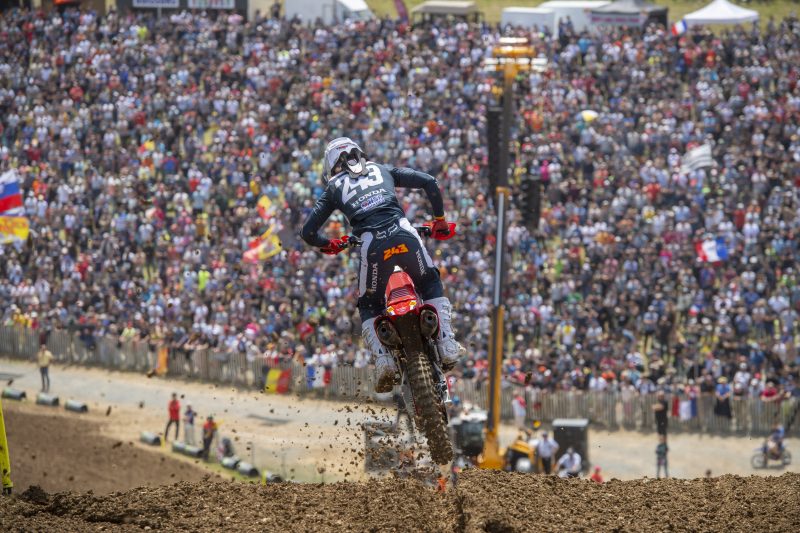