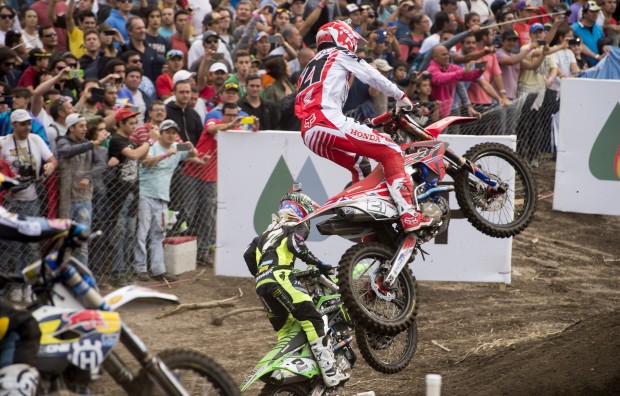 After visiting Qatar, Thailand and Argentina, Team HRC now head to Pietramurata in northern Italy for the first European round of the 2015 season.

In the three-week break since the all-new Argentinian event, Team HRC has been busy testing in preparation for the Italian round, which signals the start of a flurry of twelve events as the paddock settles in Europe until September.

After earning his best result last time out, since before his 2014 Italian GP injury, Evgeny Bobryshev will be looking to improve further on his good form this weekend. Although the Trentino track holds some bad memories for the Russian rider, the track is still one of his favourites and is feeling confident going into the weekend.

French rider, Gautier Paulin, also likes the northern Italian track with its passionate fans. After fighting through the pack last time out, Paulin will be working hard to ride the CRF450RW to a podium place and kick the ‘European season’ off in style.

Italy is well known for its passionate motocross fans that descend on the circuit in great numbers to show their support of the teams and riders. As well as an attractive location for motocross, the local area also hosts other outdoor activities including rock climbing and hiking.

MXGP track action starts with Free Practice at 1045hrs local time with Sunday’s MXGP races at 1415hrs and 1710hrs local time. With the addition to the schedule of the first rounds of the European MX championships, where rider entries are at a particular high, Trentino will be one of the busiest weekends of the year.

“It’s good to come to Europe again. We know both guys can get round Arco well: last year was unlucky for Bobby, though lucky he wasn’t more injured, but that was 12 months ago so we come back with fresh minds. We also know that Gautier can get round there well, and he was brought up on these sorts of conditions. I hope that we can start to consolidate the work done in the first three GPs. Testing since Argentina has been positive so everyone in the team is looking forward to Arco and feeling ready to take on the battle.”

“I like the Arco track and I really like the Italian crowd – they’re awesome with me and with Motocross so it feels a little bit like home. Last year I had a really good race but no luck so we’re really hoping for better this year. Things are going good since Argentina. We’re testing with some main parts trying to find big improvements. We’re testing hard and the crew is working hard so things are moving well.”

“Coming to the GP in Italy has a few bad memories for me from last year after my huge crash where I hurt my back, but the track is really special. It’s difficult to overtake so it all comes down to the start, but it’s a typical Italian old-school track. We’ve had a good test with some steps forward in performance which should help us a lot. We’ve been working hard since the last GP and this is another step up so we’re feeling positive.” 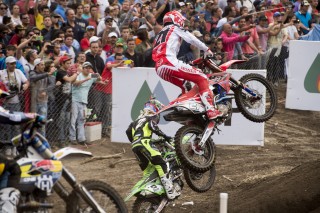 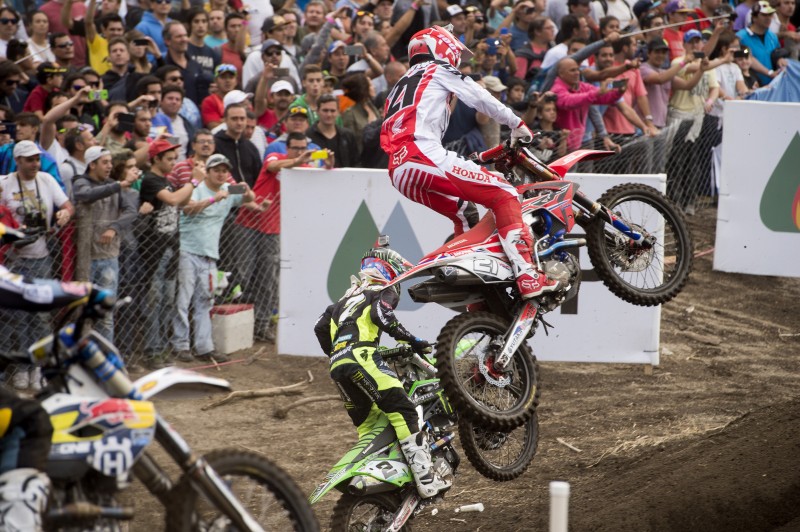