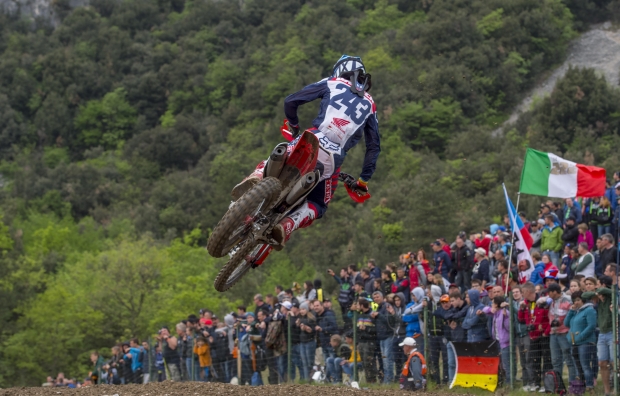 Narrowly missing the rain, Tim Gajser and Evgeny Bobryshev lined up their CRF450RW’s to a full gate, against the mountainous backdrop of the Trentino circuit in Italy for the fifth round of MXGP.

At his home race and after his success in the MXGP here in 2016, Gajser went into today feeling optimistic and looked at ease early in the day in free practice.

When it came to qualifying didn’t quite get the start he needed, which allowed Cairoli and Paulin in front. After putting the pressure on Paulin for a few laps, Gajser settled down and rode a sensible race finishing third. He was by his own admittance a little tense towards the end of the day but the Slovenia takes it on-board as something to work on for tomorrow’s race. His third-place finish ensures that he has a good gate pick for tomorrow, which is essential for the race.

The start of the day looked promising for Bobryshev who was seeking a better weekend after his mixed fortunes at the Mexican GP. From the outset, it was clear that Bobby meant business as he stormed through the dusty Italian soil to deliver the fastest time in timed practice.

In the qualifying race, Bobryshev had a good jump out of the gate and with the speed he carried in timed practice looked set to finish within the top three. He was riding confidently to his goal when he was met with heartache. Just as he was making a move to fight for a position, another rider collided with him causing him to fall. The Russian didn’t give up and still fought back to 20th but he was left feeling disappointed and a little rattled.

With both riders hungry for the podium, the first race of MXGP starts tomorrow at 14:15 local time.

The track is OK it is a little bit sketchy as it has many square bumps. I am quite happy with my riding today, I didn’t have the best start and then I ended up riding the whole race behind Cairoli and Paulin. We were really close and I didn’t want to risk too much today. I felt a little bit stiff on the bike so we will change something for tomorrow and I hope that I will enjoy it more and ride well.

Everything was going good, we made some changes from this morning and I had the fastest time in timed practice. I had a good start in the race, I was fourth then Desalle crashed into me. He gave me a hard block and then I was on the floor, I went down and hurt my leg. I managed to pull it back to 20th from 34th. I will be alright for tomorrow, I don’t have a heavy injury I just need to make a good start, I am not worried about it.

It was a reasonable qualifying from Tim today. His start was ok as he was in the top four which is also the same for Evgeny. Unfortunately for Evgeny he got cleaned up by another rider early on the in the race. This dropped him back and this has shown just how difficult it is to pass on the track with riders travelling at a similar speed. It will be hard for him to get a good position on the gate tomorrow but the starts are critical for both.

Qualifying Round 5   MXGP of Trentino Trentino 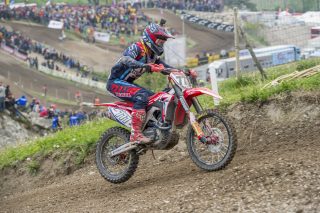 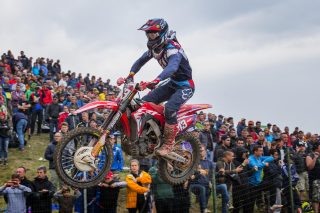 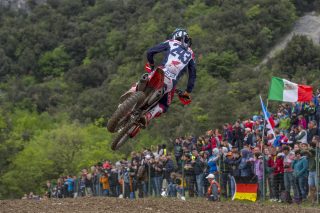