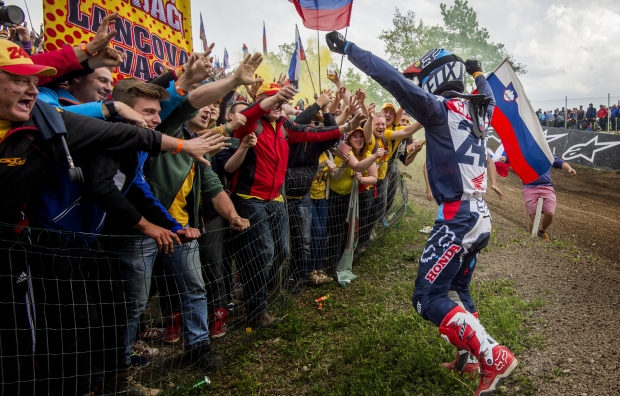 Extending his lead in the world championship, team HRC’s Tim Gajser continued his podium streak this weekend as he took second in the MXGP of Trentino, Italy.

In the first race, Gajser found himself in a heavy weight battle between Cairoli and Tonus after making an early mistake chasing for the lead. The mistake threw him off his rhythm, so he kept his head down and rode a sensible race, coming in third. In the second race he came back fighting, taking the holeshot and the lead. True to form, the Slovenians refined riding style enabled him to put down some fast laps early on giving him enough of a gap to hold the lead and take the win.

Meanwhile Bobryshev narrowly missed the podium after a stunning comeback ride in the second race. The Russian had been suffering from the leg injury he obtained in qualifying yesterday but after struggling in the first race, he was able to put the pain behind him in the second to finish third.

I had two different races today, in the first race I didn't have the best start and I also didn't feel good on the bike. I was riding a bit stiff and had arm pump, so I am glad that I finished third. Right at the beginning of the race I made a mistake when I went past Cairoli and then I couldn't find the rhythm again. In the second race I took the holeshot and made a little gap, riding like i know how. I was checking behind me all the time as Bobryshev was really fast and Cairoli. The crowd was amazing and I am quite happy with the result this weekend.

Considering what happened yesterday with my crash and injury the weekend was ok. My foot was really painful this morning so I had a trip to the medical centre to get some painkillers.
In the first race it was a bit tough for me as I couldn't find the speed, I had a good start for sure. I was just slow in the beginning and then I couldn't find a second to stay in the front. I wasn't happy with seventh place but we made some changes for the second race which made my confidence and riding much better. In the second race I had a good start out of the gate with Tim and I rode a consistent race. Antonio passed me on the last lap which made me narrowly miss the podium but I am overall happy with the performance. Team HRC have done a really good job this weekend and the team have all worked together which is really important for me. I look forward to Valkenswaard which is a bit closer to home for me.

Tim rode really very well today to take another podium and still lead the World Championship. In the first race he was a little stiff and had some arm pump because of that, but in race two he rode with his usual class and style to take the holeshot and a convincing win. Bobby also rode very well especially considering he was suffering with a sore leg after yesterday’s collision. He felt it more in the first race but gritted his teeth, but found it easier in race two which showed in his riding. He was on the provisional podium for much of the race, and it was only into the last lap when Cairoli passed him that he just missed it in fourth overall. But we can be very happy to again have shown we can put both our bikes in the top three, so we head into Valkenswaard happy.”

Race Round 5   MXGP of Trentino Trentino 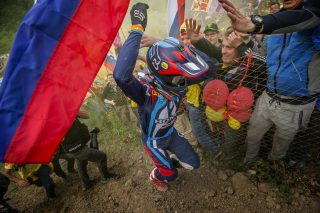 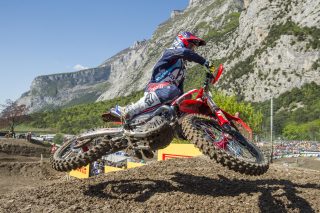 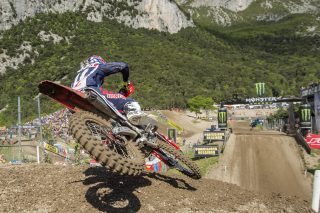 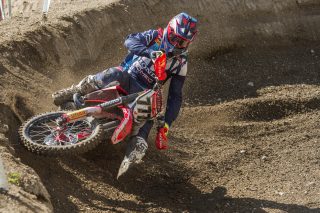 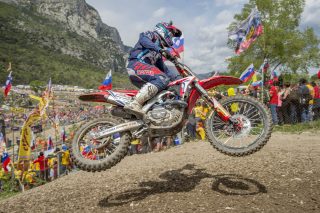 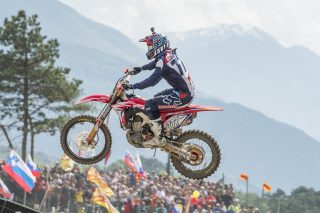 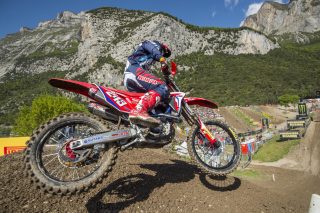 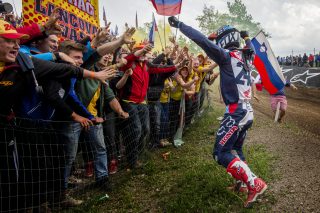 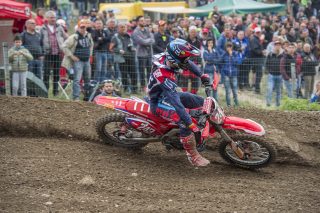 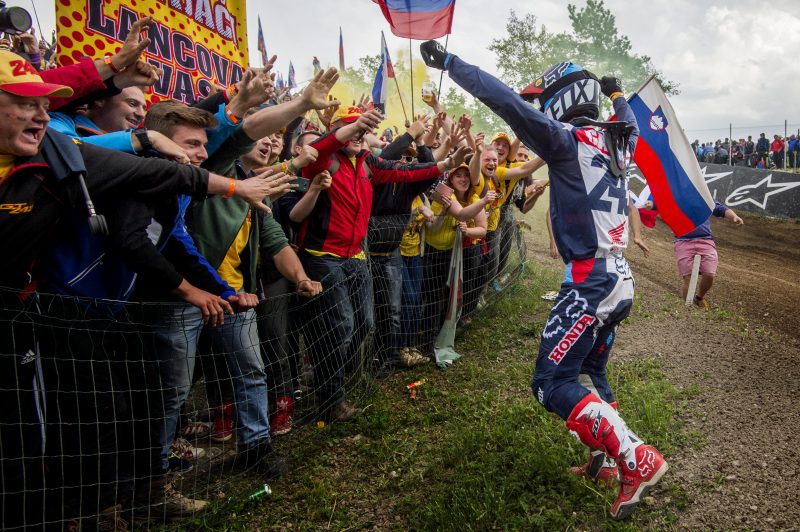