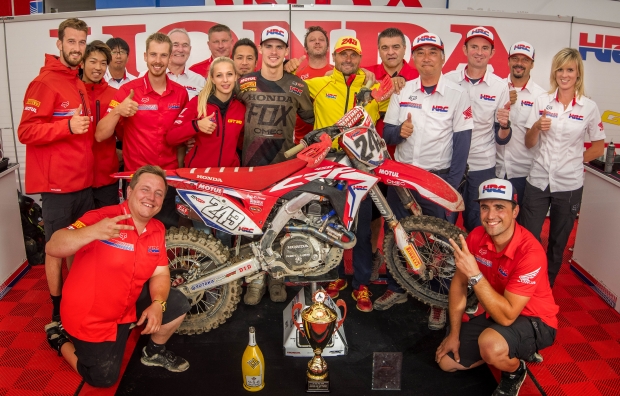 Tim Gajser made a long awaited returned to the top step of the podium today as he took the overall in Uddevalla at the MXGP of Sweden.

Gajser, who hasn’t taken an overall win since the Mexican GP earlier this season, took a first and second today securing him the win. Gajser took a comfortable win in the first race but the Slovenian had his work cut out in the second. Febvre led and Herlings put some early pressure on Gajser to take second. Gajser remained focused on a track that was difficult to pass and bought the CRF450RW home in second place, which was enough to give him the overall.

Bobryshev took the holeshot and an eighth-place finish in the first race, which is his second holeshot this year. The second race was a little more challenging for the Russian, not able to repeat the holeshot he found himself in the pack and a small collision with Cairoli sent him down. He managed to pull back to tenth for eighth overall.

The FIM World motocross championship now takes a one week break before we head into the final flurry of races of the season. The first of these will be stateside at a new track; WW motocross park, Jacksonville.

It is good to be back on the top step after quite a long time! We have been working so hard for this, we have had some bad weekends and some bad races but we are now getting better and better. I am grateful for everything my team have done and I just want to say a huge thank you to everyone around me. My goal for the end of the season is now to do try and win some more GP’s to finish the season strong. I knew in the second race that if I got second I would take the overall. I made a small mistake at the beginning of the race and then Jeffrey passed me for second. Then, he had a problem with his bike which allowed me to get back into second and catch Romain. It was tough to pass him so the last couple of laps I stepped back a little bit as I knew I had done enough to take the win.

The first race went really good for me, I got the holeshot which I was really pleased with. I ended up in fourth and was controlling the race comfortably from there but in the last lap it rained and I had used all my tear-offs so had to take off my goggles off. My vision was bad so I went off the track and got stuck in the mud! Second race was worse, I didn’t have a good start but then I had a little collision with Cairoli and then went down. I managed to come back to tenth place. I can take some positives from this weekend so that is good, I had the speed but it doesn’t seem to be coming together for me at the moment but I am trying to push myself.

We are happy to be back on the top step once again. Quite an achievement for Tim on what was a very technical and difficult track which caused many riders to make small mistakes. It was a really consistent performance from Tim for him to take the overall win. We have seen the improvement from him over the past few weeks and once again we have achieved another step forward. We will now look to keep this going into the US GP. Bobby was a victim of a few mistakes today. in the first race, he was comfortably in fourth until the rain came and his goggles became filled in. This forced him to use all remaining tear offs causing his vision to be restricted. As a result, he went off the track and lost time. In race two, he had a good start with Tim and was running well until he tangled with Cairoli. This caused him to drop down the field to 14th and made an eventual recovery to 10th place.

Race Round 16   MXGP of Sweden Sweden 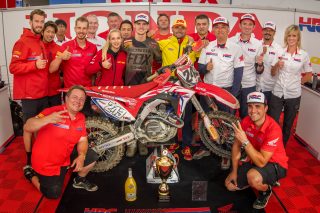 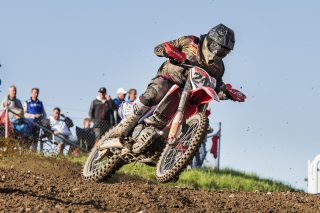 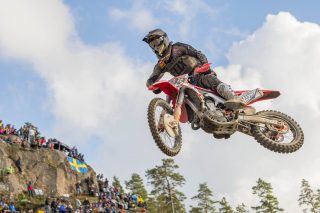 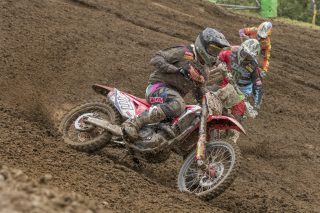 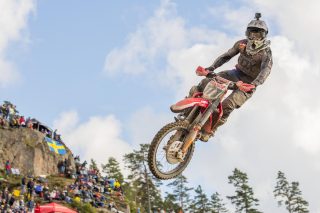 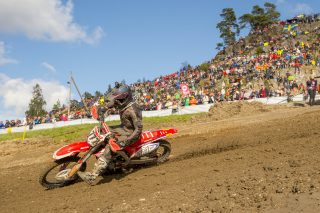 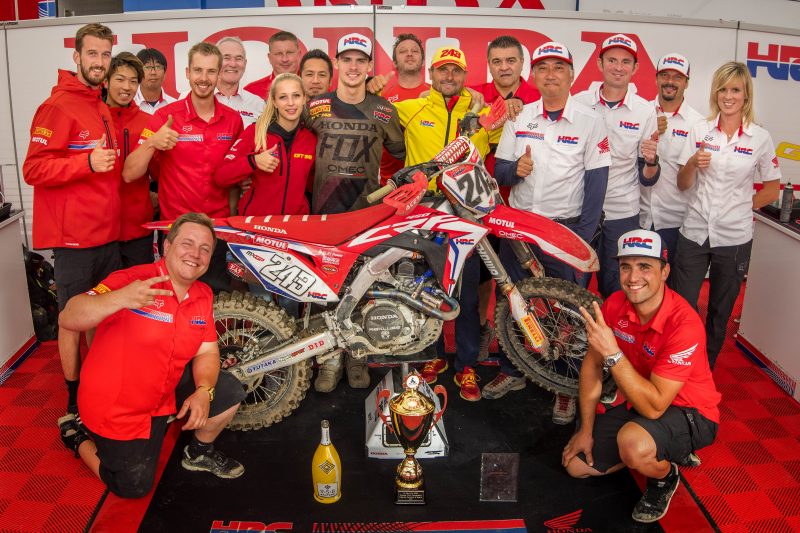