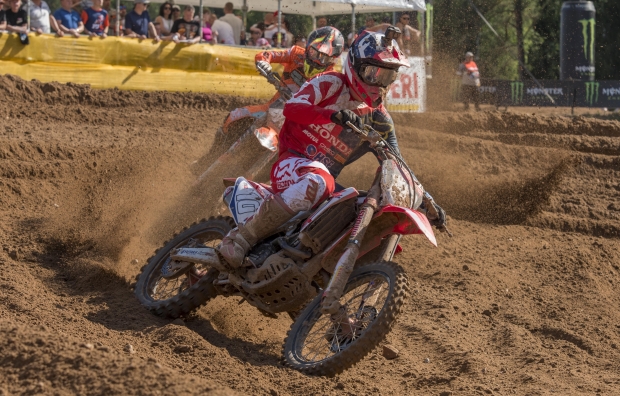 Calvin Vlaanderen has claimed a sixth place overall in the MXGP of Latvia, courtesy of a ninth and a seventh in the two MX2 motos which took place today at Kegums. After seven of 20 rounds completed in the season, the Team HRC rider is still sixth in the championship race.

Vlaanderen was tenth at the exit of turn one after the gates dropped for race two, and already up to eighth place as the MX2 riders jumped past the finish line for the first time. The 21-year-old from Cape Town managed to recover three more positions in the early stages of the moto and, with the race entering its second half, he was involved in a battle for fifth place with Pootjes, who had the better of him on lap nine. In the final stretch of the encounter, Vlaanderen moved one more place down the order, eventually crossing the line a lonely seventh.

In the opening race of the day, Calvin found himself stuck in the middle of the pack in the braking area of the first corner; from 20th place he was able to make his way up to ninth, which was his final result at the chequered flag.

The 2018 Motocross World Championship will return to action this coming weekend at Teutschenthal for the MXGP of Germany.

Overall I’m obviously not too satisfied with how the day went. My riding was very good throughout the whole weekend, actually, but in the races I didn’t really feel I had the power in me to keep the pace: for the first ten minutes it was all good, but then I had no strength left. It’s not where we want to be, but it’s a long season so we’ll go back to work and be back strong in Germany.

It was a challenging day for Calvin: the track was difficult and somehow he was struggling to maintain a consistently quick pace, especially in the second moto. We still have to work on race starts because they played a role in how today went for him. We now have another race coming up very soon, so we’ll make sure to be in condition to fight for a strong result, because we have everything required to do well and the team did a good job.

Race Round 7   MX2 of Latvia Latvia 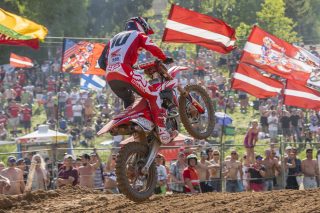 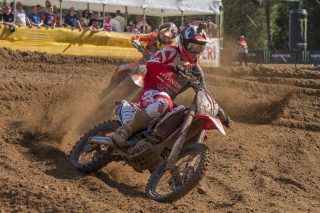 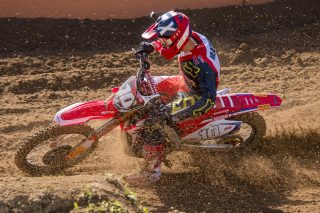 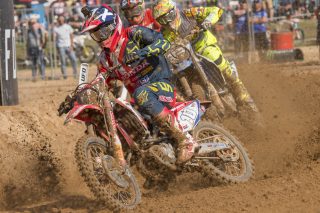