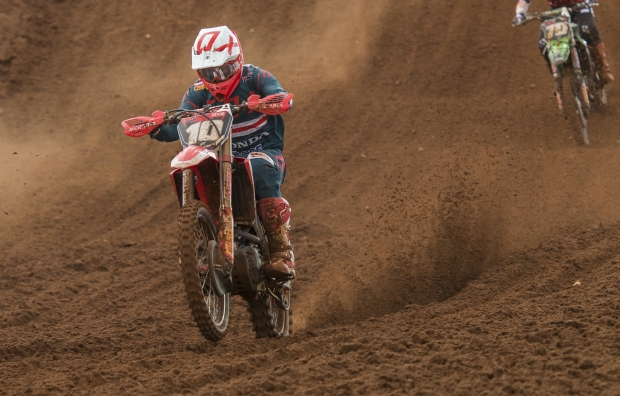 Calvin Vlaanderen scored a pair of seventh places in today’s two third-round MX2 races at the RedSand MX Park in Spain, to claim 8th overall in the MXGP of La Comunitat Valenciana. Courtesy of today’s results, the 21-year-old from Cape Town moves up to 9th position in the championship standings.

Vlaanderen got off to a solid start in the opening race as he rode through turn one in seventh place aboard his Honda CRF250RW machine. The tall South African rider maintained his position in the early part of the encounter and after the situation settled, following a short but chaotic battle involving several riders, he managed to make a successful pass on Samuele Bernardini for sixth. As the MX2 riders entered the final part of the moto, Vlaanderen returned to his previous position after being overtaken by Darian Sanayei on lap 14.

Race 2 began with Vlaanderen 11th as the MX2 field attacked the first part of lap one. Soon enough, Calvin entered the top 3 and then moved past fellow Honda rider Vas Vaessen. After spending the majority of the race in eighth place, Vlaanderen closed in on Conrad Mewse to take seventh place on the fourth-last lap and successfully defended it up to the finish line.

The fourth event of the 2018 MX2 World Championship will be contested at Pietramurata (Italy) in a fortnight’s time.

Overall I can say that I’m pretty satisfied with today’s results after having been very sick for the last two weeks – and therefore being unable to ride the bike as much I would have liked to. We had two good starts and two solid motos, with consistent lap-times and good speed. I think it’s a good weekend to build on: we learned a lot about the bike and gelled even more as a team, so I’m looking forward to working hard so I can be ready for Arco in two weeks.

It has been a positive day for Calvin. He felt good with the bike and had good starts in both races. As I already mentioned, this is a very fast track where it’s hard to overtake, so it takes time, a lot of speed and a perfect manoeuvre to get past your opponents here. Eighth overall is not a bad result all things considered, so we now look forward to the next race in Italy. 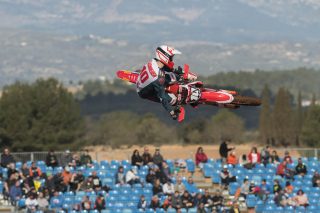 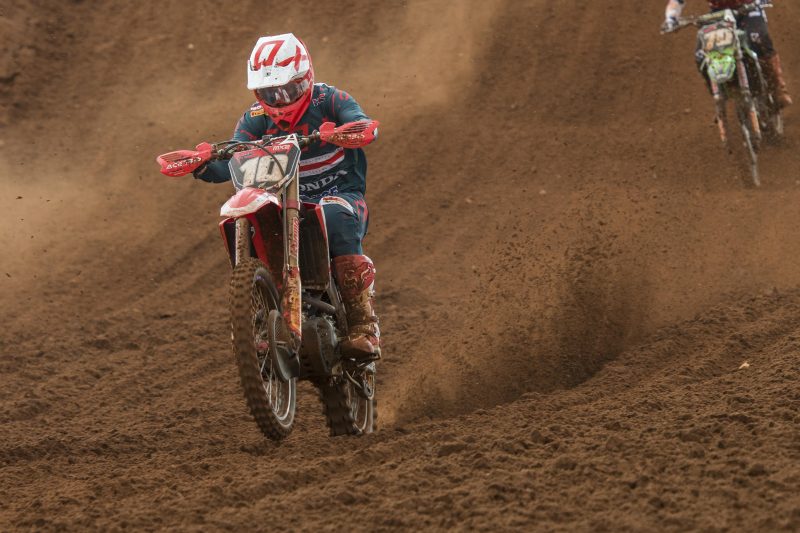