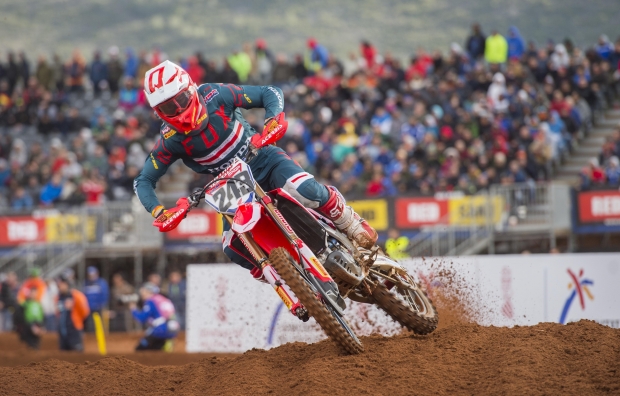 The fourth round of the 2018 Motocross World Championship will be contested this weekend at the motocross track of Pietramurata in Trentino, Italy. Team HRC’s Tim Gajser and Calvin Vlaanderen are looking forward to resume action in what is probably one of the most anticipated and attended events of the MXGP season – which is also the first of three home rounds for the Milan-based squad this year.

Boosted by the support of the legion of fans who will come in numbers from nearby Slovenia, Gajser will aim to build some more momentum after his return to action in Valkenswaard. Two weekends ago, the two-time World Champion was able to score two solid results in Redsand’s two Sunday motos aboard his Honda CRF450RW machine – after winning the Qualifying race the day before. Last year, Gajser was second overall in the MXGP of Trentino with a first and a third in the two races in front of the Italian crowd.

Calvin Vlaanderen has made perfect use of his time after the event at RedSand to fully recover from the health condition that affected his training program and overall form in the last two rounds. The young South African rider also took part in the second round of the Dutch Masters of Motocross, riding his Honda CRF250RW machine to first and second places in the two motos, which took place last Monday.

MXGP and MX2 action at Pietramurata will kick start this Saturday at 11:30 and 12:00 local time (GMT +2), respectively, with the free practice sessions for the two classes.

I’m looking forward to Arco because it’s one of the closest GP to home so a lot of fans will be there from Slovenia to support me. It’s surely going to be a special event for me so I cannot wait to get started. I trained very hard after RedSand in order to show up in Italy in the best possible condition; the goal will be to be quick and consistent in order to get in the mix at the sharp end of the field and score two strong results.

Round four of the World Championship coming up this weekend in Arco di Trento, and I’m feeling ready! I’m finally better with the small injury and sickness I had in the last two weeks, which means I was back to my normal training program after Spain. I enjoy the Pietramurata track, I’ve raced there a few times and I gel well with the track. I hope to see a lot of fans turning up from Saturday morning, as it’s always the case in Italy!

Arco is a very special place where as a team we have enjoyed some good success in the past. Obviously, we are hoping for good weather as we’re aware of the massive crowd that normally attends this event: we are expecting a lot of fans there – and many Honda ones, too! After Tim’s qualifying race win at RedSand, the goal for him is to keep building confidence as well as getting closer to the front on Sunday. He needs more consistency, but consistency comes through riding and racing, and this is all he needs now. Calvin had a solid weekend in Spain despite not being 100%, so we look forward to seeing more out of him this weekend. 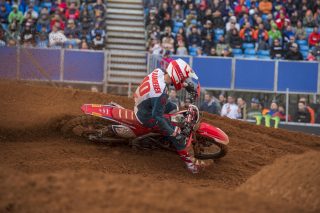 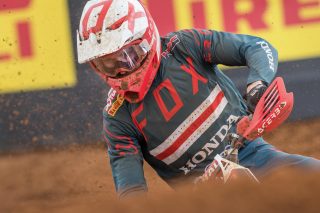 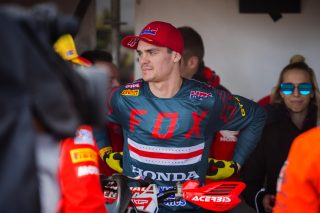 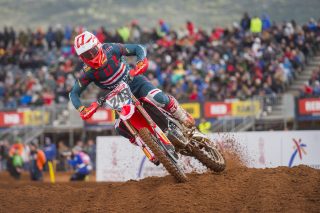 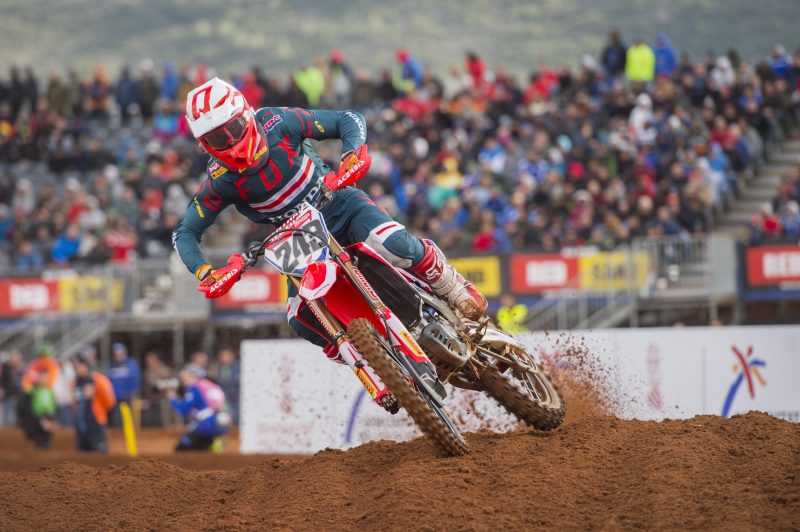