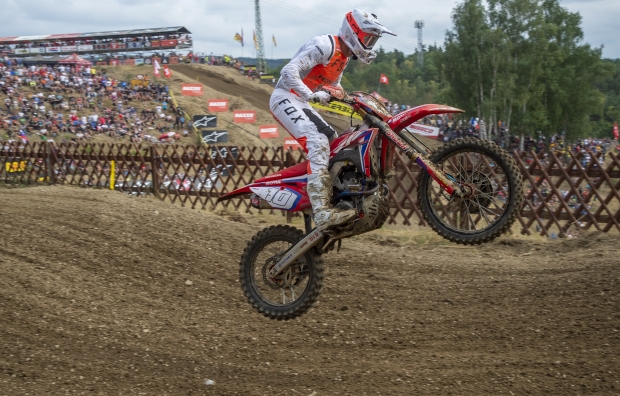 Team HRC’s Calvin Vlaanderen showed good speed all weekend at the MXGP of the Czech Republic, posting times in the top two in all the practice sessions and even riding inside the top four for the majority of the two races. Unfortunately though, he wasn’t quite able to translate this speed into podium results and instead had to settle for seventh overall after nine-five race results.

Getting a good start in race one at the Loket facility, the Honda CRF250RW rider was stuck in third place for the first 11 laps, unable to find a passing spot for the rider ahead, which would then have allowed him to go for the leader. Instead, on the twelfth lap as he looked to sweep around the outside, the two riders lines came together and both ended up on the ground. Vlaanderen was able to remount, but he’d lost seven spots in the incident and despite making one more pass, finished the race in ninth place.

It was similar story in race two as Vlaanderen rounded the first bend in fourth place. It took him eight laps to move into third and as he once again set his sights on the top two, a small mistake cost him a few positions and he dropped to sixth. He quickly moved back to fifth but any chance of a podium had gone and instead he had to settle for seventh overall. Still, there were a lot of positives to take out from the weekend and he’ll be looking to show similar speed next weekend when the series heads to the deep sand of Lommel, Belgium on August 3-4.

It wasn’t a great pair of races to be honest. I’m a bit disappointed with the results, but I’m happy with my riding. I didn’t feel fast, but I proved in a lot of sessions that I was one of the fastest out there, especially in the first race. I had a good start and was riding behind Tom (Vialle) and for 20 minutes I was getting roosted by him and I was trying everything to pass him but the track was so one lined and I couldn’t find a way. In the end I tried and he cut me off at the last second and we came together and we both went down. This was unfortunate but I was able to pick the bike up and finish ninth. Second race I had a pretty good start again, I moved from fourth to third and I then I had a small tipover. I didn’t feel great in that second moto but overall I’m happy with my speed and I’m going to keep working in order to make the most of these five remaining GPs.

It was good to see Calvin at the top of the leaderboards in a lot of the sessions this weekend, but obviously it’s a little disappointing that he wasn’t able to translate that into a podium points haul. It was a difficult track to race on and he ate a lot of roost in both motos because there weren’t a lot of lines out there, but he definitely deserved better with the speed he was showing. Still, we move onto the next round in Lommel and I’m sure Calvin will already be focusing on doing well there. 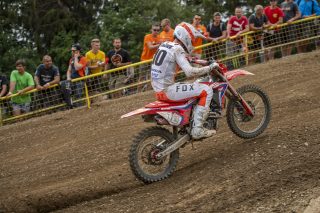 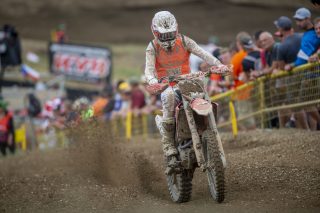 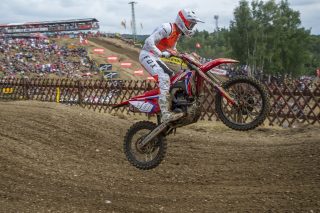 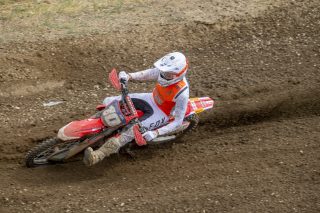 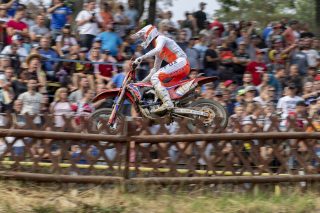 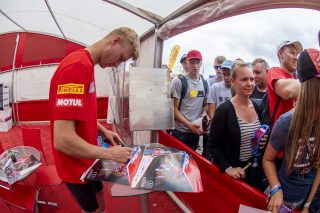 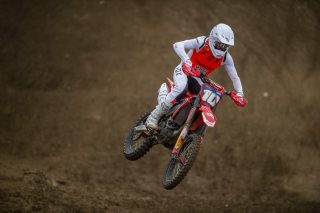 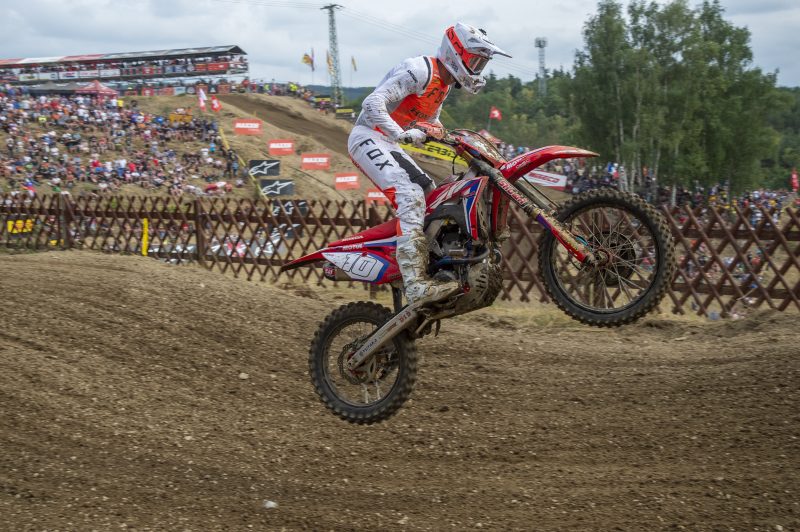