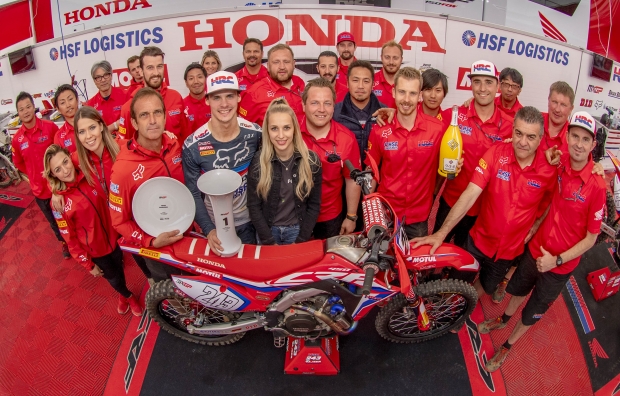 At the sixth round of the 2019 MXGP world championships, Team HRC’s Tim Gajser won the MXGP of Portugal with two impressive moto victories. After his triumph in Trentino, this is now Gajser’s second overall and a great way to rebound after last weekend’s race in Lombardia. Unfortunately team mate Brian Bogers wasn’t able to match his Mantova effort, struggling to challenge the top 10 after having an outside gate pick which really hindered his chances of doing well.

Gajser, put in two really impressive rides to show once again that when the conditions are good, he and his Honda CRF450RW are a tough combination to beat. After getting second gate pick for today’s races, the Slovenian rider got off to two decent starts which allowed him to start in the top five and pressure those riders in front of him. Rather than chase the victory, he showed good maturity to let the race come to him and when the opportunity arose in both races, he made the necessary passes before reeling off the fastest laps in each moto.

It was a great way to put the disappointment of Mantova behind him and showed that he is still very much in this championship hunt that has 12 more rounds left to race. Having also won four of the last six motos, his confidence is high and he is knows that on this hard-packed tracks, very few can match his speed.

Next weekend in France is another track that should suit him, with the St Jean D’Angely circuit being a stoney surface, on a naturally hilly landscape, very similar to the Pietramurata track which he won at earlier in the year.

The French GP will also give Bogers a chance to bounce back quickly after what was a disappointing pair of results in Portugal. Having an outside gate pick after Saturday’s qualification race, things were always going to be difficult and while his laptimes weren’t too far outside of those in the top 10, he wasn’t able to make the necessary passes to really challenge for those positions.

After France, the series takes a weekend off before three races in three weekends, taking place in Russia, Latvia and then Germany as the championship heads into its middle third of the season.

It was really great to come away with two wins and the overall here in Portugal. I put last weekend behind me and I knew that if I focused and rode like I know how to ride, I could do well at this Agueda track. Still, to get both moto victories is a great confidence booster and backs up my win in Trentino very nicely. I now have the fastest laps in the last four motos so my speed is good and I know I am feeling strong too. These back to back races are tough but I head to France really happy with my riding and confident that the bike and I are working well together. A big thanks to the team for working so hard to help make this happen, and let’s keep up the effort!

The riding wasn’t so bad, with my laptimes not too far away from those inside the top 10. However my starts were a problem and that was a result of my qualification race yesterday. I didn’t have a good race then and that I meant I started from the outside today and that was really difficult at a track like this. I’m now really motivated for next weekend when I will try and do a lot better on both days and that should help me get back inside the top 10.

It was a great to see Tim riding so well again this weekend. He was fast in every session and he showed really good race-craft to take the victories in both races. The track wasn’t an easy one and everyone seemed to be fast so passing wasn’t straight forward, but Tim rode confidently and made the passes when he needed to. He thoroughly deserves this win and it gives everyone a lot of confidence for next weekend and for the rest of the season.
Unfortunately for Brian, he wasn’t able to get a good start in either race and as I mentioned, passing was tough here. We know that he is capable of doing a lot better, as we saw in Mantova, so we are going to try and make sure he gets back to that level next weekend in France.
Everyone in the team also wishes to give their best to Calvin who missed this weekend after having to have an operation to remove an infection in right leg. It was a shame he wasn't able to ride because we really felt we had made progress during the week and this track looked like it would have suited him well.

Race Round 6   MXGP of Portugal Portugal 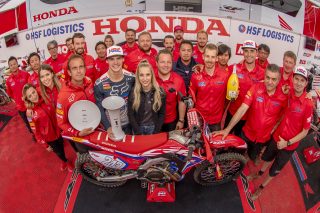 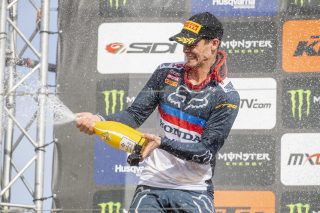 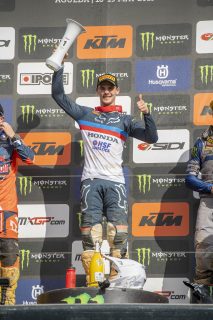 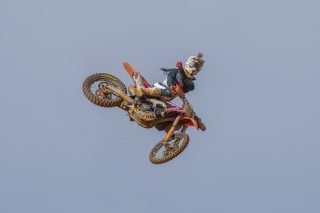 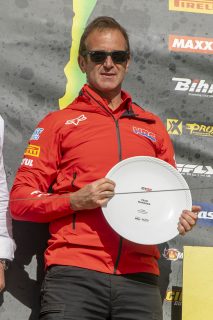 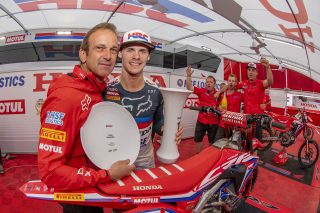 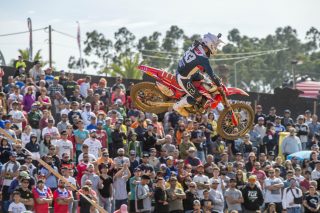 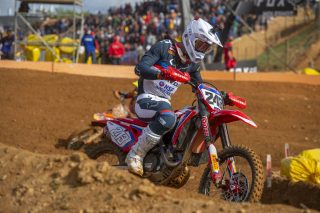 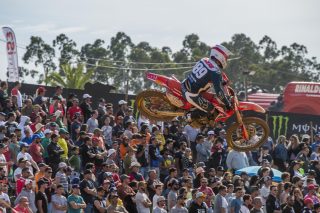 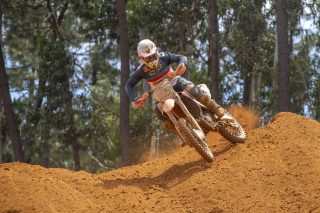 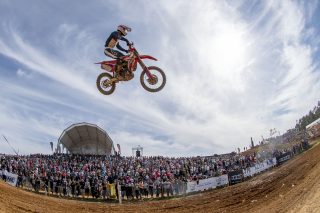 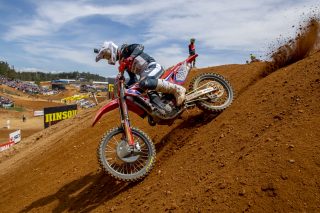 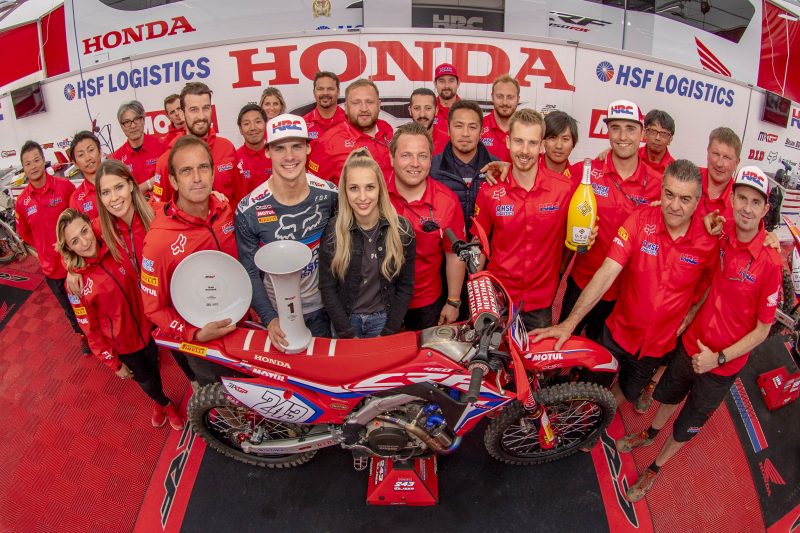