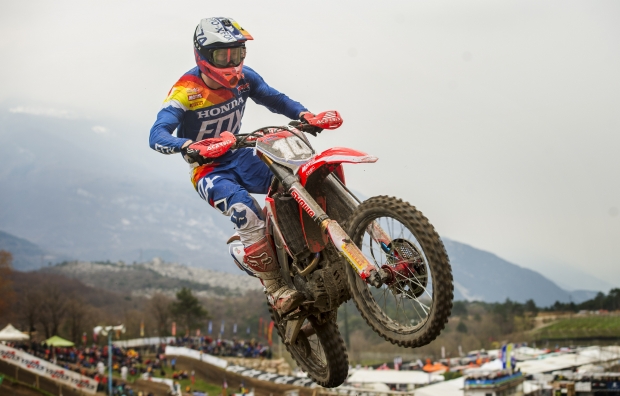 Team HRC’s Calvin Vlaanderen was forced to a strenuous recovery in today’s Qualifying race of the MXGP of Trentino, which is currently underway at the spectacular Pietramurata track. The young South African rider eventually crossed the line in 19th place aboard the all-new Honda CRF250RW machine.

After an encouraging third place in this afternoon’s timed practice, Vlaanderen showed up at the gates ready for battle. As the riders approached turn two, however, Calvin found himself sandwiched in the middle of the pack and was eventually involved in an unavoidable coming together with an opponent.

Vlaanderen managed to pick the bike up and re-join the moto, albeit finding himself unable to use the front brake due to a damaged disc from the crash. From the very back of the field, he made his way up to 19th place at the chequered flag.

It was overall a not-too-bad day. We made some improvements to the bike from free practice and I felt a lot better throughout the day. Unfortunately I went down on the second corner during the qualifying race and damaged my front disc after a collision with another rider. I had no front brake since - and at times I was thinking about pulling out – but I did what I could, rode smart and did nothing silly, so I could take whatever I could get for the position on the gate tomorrow.

It wasn’t an easy day for Calvin but surely he did a great job in riding the way he did without the use of the front brake. The speed is there and he is feeling good on the Honda CRF250RW: he will surely need a good start tomorrow if he wants to get in the mix at the front – and stay out of trouble at the start of the race. Nothing is lost, so I think we can still aim at two good results.

Qualifying Round 4   MX2 of Trentino Trentino 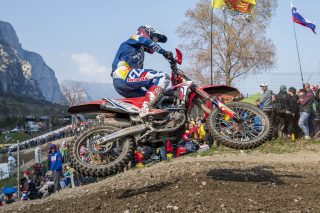 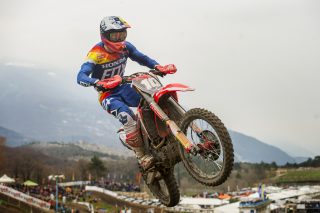 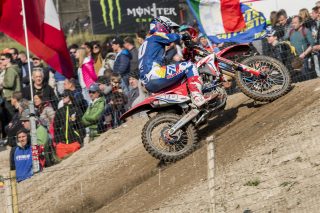 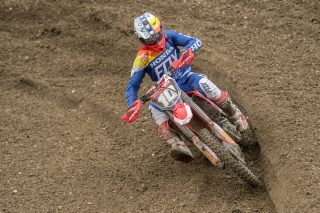 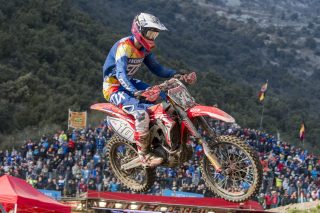 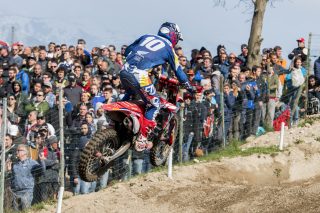 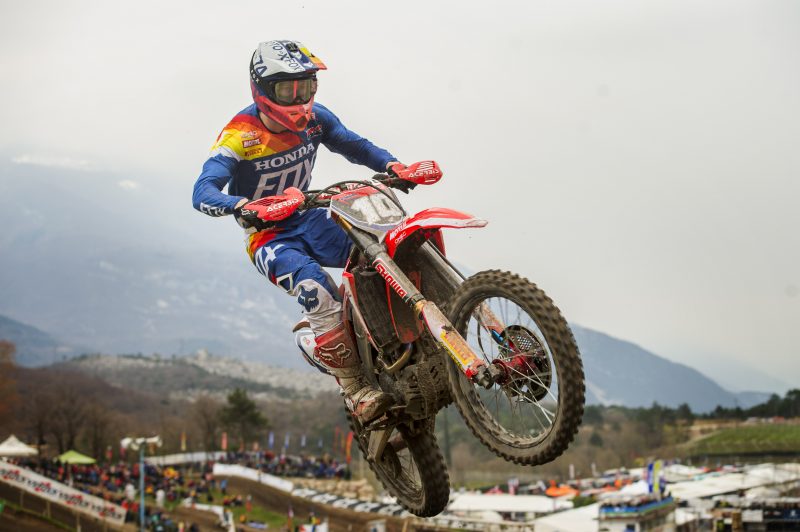