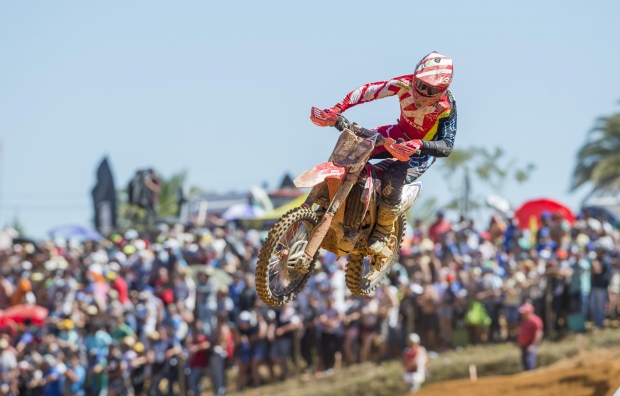 Following his strong qualifying result yesterday, Anthony Rodriguez had a firm goal in sight on his CRF250RW for HRC MX2 as racing got underway today in Agueda.

Getting comfortable with the race schedule and knowing he was capable of finishing inside the top 10, after a weak start, Rodriguez fought his way in the first race to tenth place finish.

The second race Rodriguez had a much better start, gating in fourth. The Venezuelan’s smooth riding style and a solid first race gave him his second top 10 finish of the day, for a well deserved eighth overall.

Michele Cervellin had a strong and consistent ride in the MXGP of Portugal today, even though his results are not a true reflection of this. In the first race the Italian crashed early in the race with another rider which frustrated him after a good start. He dusted himself down and salvaged a 15th place finish. Cervellin didn’t start so well in the second race but was able to make up more ground to take a ninth-place finish, behind his team mate for 11th overall.

MXGP returns on the 22nd July to the Czech Republic where Michele Cervellin will be joined by another stand in rider.

Today was ok for me. I started good in the first moto and then I had contact with another rider and crashed. This is motocross and this sometimes happens. I ended up finishing 15th which is not the best but it is ok. The second moto start was not as good as my first race but I finished ninth overall. It means I improved a little bit over the day which is good. I look forward to a break now where I can train and get ready to focus on Loket.

Agueda has been quite a lot better than Ottobiano for me, for sure! Securing eighth position yesterday in qualifying helped so much with gate position. Being able to have a decent start has made such a difference and proved I have what it takes to run up there with the front runners. I knew I could hang with these guys but I knew I couldn’t hang with them the whole race. As some people may or may not know I have had very little preparation for these races. After the Supercross I didn’t have a bike to ride in the US at all until this ride. Because of this, my fitness is not all the way there and I wish I had the proper time to do the training I really need to do for these races. I did the best I could with the cards that I had dealt and I did my best, I rode my heart out there.

Rodriguez was here this weekend for the second race of our agreed plan and he did a great job for us finishing eighth overall. It was good to see such a strong start from him in the second race, right up there in fourth. We are quite impressed and sorry that we have to let him go back to the US.
Cervellin rode well but didn’t make the start in either race, he needs to be strong and consistent and needs to be finishing higher, which is difficult to achieve from poor starts.

Race Round 12   MXGP of Portugal Portugal 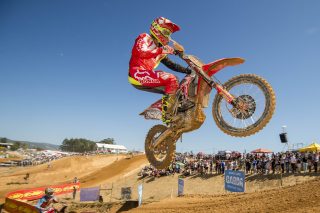 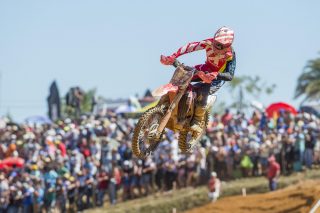 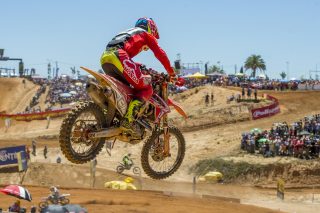 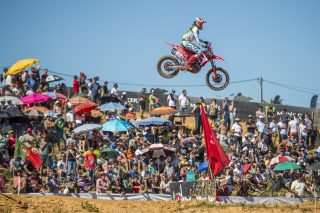 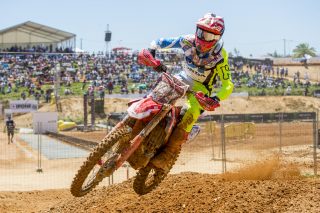 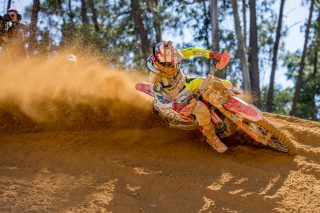