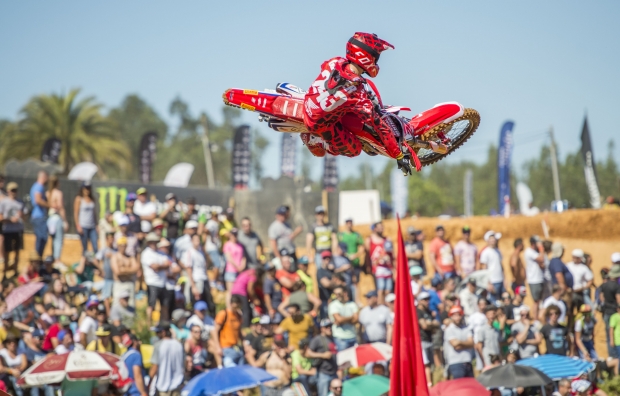 The MXGP of Portugal has been a weekend of progression for Tim Gajser #243 and Evgeny Bobryshev #777 on their CRF450RW’s, as the duo still work to overcome their mid-season injuries.

As the gate dropped for the first race, Gajser found himself getting caught up in the first corner, hindering his break into the top five with Bobryshev not far behind.  The team mates ended found themselves swapping places with each other for a few laps, whilst Gajser fought off pain in his stomach and Bobryshev tried to alleviate the pain in his shoulder. Gajser eventually crossed the finish in eighth whilst Bobryshev came in 11th.

By the second race, the track was considerably a lot rougher with temperatures soaring back up to 31 degrees. Gajser had a much better start, taking the Fox holeshot, whilst Bobryshev got caught up outside the top 10. In the end, both riders finished inside the top ten with Gajser taking sixth and Bobryshev taking ninth, for a sixth and tenth place finish overall. A considerable overall improvement from both riders.

The championship now takes a two week break before returning to Loket on the 22nd July.

I am quite satisfied with today, every race is getting better, step by step. In the first moto, I didn’t have a good start and I was struggling a little bit with my stomach which wasn’t very nice to ride like that but I got on with it. The second moto was a lot better, it didn’t feel so bad all round even though the track was rough. Now that we have some time off I am going to focus on getting back in shape and to come back stronger for the Czech Republic.

Today was a little bit better than yesterday as I was feeling more confident on the bike and with the feeling in my shoulder. I am still finding after 20mins that the pain is coming back so I end up losing power and speed as I find it harder to hold onto the bike. The track was SO bumpy in the second race which made it more difficult. I slowed down in both moto’s to avoid crashing and then some riders passed me at the end. I still have a lot of work to do to come back properly from my injury. I need to move forward and I am happy that I have such good support from the team and my family. It is a tough situation to be in as before my injury everything was going really well. I am in-between feeling happy and frustrated at how today has gone and this two weeks off is going to be really important in helping my recovery and comeback for Loket.

We can see the improvements today in both Tim and Bobby and we can’t expect big steps in coming back, where then is so many riders who are at full fitness. A small step each week Is the right kind of progress and we have seen this from them both today. We will now have a couple of weeks’ rest where It will give the riders time to settle, recover more and get training seriously again. Hopefully we can come back looking for podiums in Loket.

Race Round 12   MXGP of Portugal Portugal 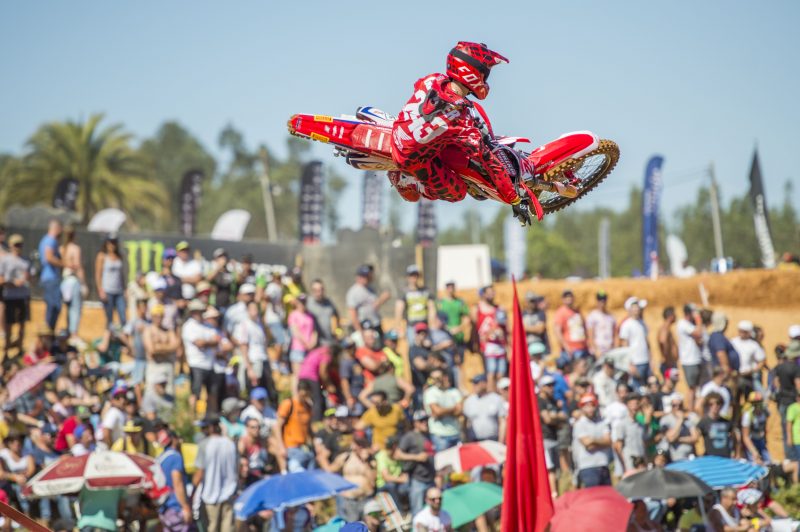