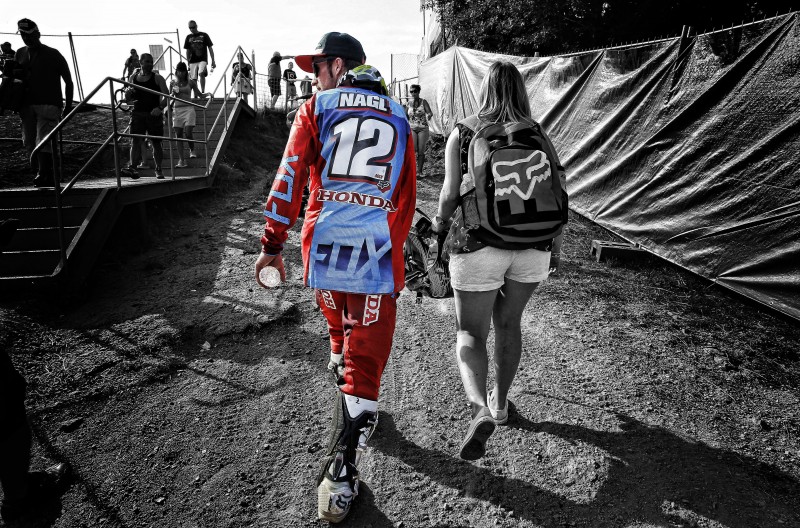 This weekend, Belgium will play host to the final European round of the MXGP season at the Lommel track, west of Antwerp near the Dutch border.

Steeped in motocross history and heritage, Lommel is a beast of a track – deep and loose sand, big ruts that get more treacherous as the track gets ever more rough, and incredibly physically demanding.

It’s also considered the home race for many of the current crop of MXGP riders, Max Nagl and Evgeny Bobryshev included, as they live nearby and use the track as a regular test venue.

Consequently, although it is a tough track, Max and Bobby know it well and the CRF450RW is equally well setup to the conditions there. Max likes sand tracks and usually thrives on them. Although he was forced to miss the MXGP of Belgium at Bastogne last year as he fought the virus that befell him at the end of last season, teammate Bobryshev finished third overall.

Max remains the sole rider for Team HRC this weekend, although Bobby will make an appearance in the paddock as a spectator, returning for the first time since the incident at the MXGP of Italy in which his left leg was broken in three places. As his recovery continues to progress well, the Russian is now able to start training again and will come to Lommel to spend time with the team and his friends in the paddock after a three-race absence.

“Lommel is a good track and really it’s my home race because I live ten minutes away. Actually though it’s the home track for almost everyone as all the guys know the track very well and test there a lot. It’s really rough and the sand is really loose like in the desert. It’s normally the hardest track of the year physically, and I think especially this year as there are so many classes on track that will make it even rougher. Since last weekend in Czech I’ve done one test on sand to work on the bike a bit, but the best thing before Lommel is to rest a lot and not train too much so save energy. Usually on sand GPs I normally finish on the podium as I’m used to sand and I like it so we wait and see if we can do this again this weekend.”

“In one side it’s nice to come back this weekend to Lommel as I like to spend time at the track and with the team. I couldn’t do this before as the tracks were too far and I still can’t travel too well, but Lommel is so close to me so I’m looking forward to enjoying the weekend with the team. On the other hand though I’m still not riding so I can’t pretend it’s not a big frustration. I like riding this track, and when you’re just watching and not racing it hurts your heart. I still need more time to get my leg stronger, but it’s going well and I’m feeling fine. I’m in the gym every day training my upper body, and I can do a bit of cycling now too although not that much. I’m having therapy on my leg four times a week to build the muscles and using magnetic therapy at home, and the recovery is going well.”

“We go back to the sand in Belgium this week, and Lommel is the sand track of all sand tracks. It’s a unique terrain, but a lot of guys practice there so will be very familiar with it, although they will change the layout slightly for the Grand Prix. Max knows Lommel very well as it is a regular practice venue so he’s put the hours in there. We know Max can ride well in Lommel, and he’s had another two good weeks of training since Finland so his condition is better than it was there when he was still feeling the effects of missing time on the bike. It will also be good to have Bobby back in Lommel, although unfortunately not yet riding after his injury. He’s coming to the first GP since his injury in Italy in June to see the team and his friends in the paddock again and we look forward to seeing him.” 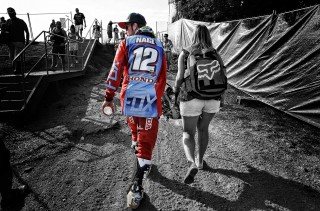