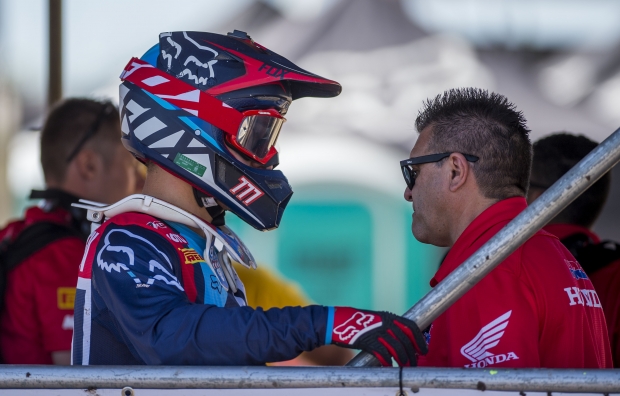 Team HRC welcomes back Evgeny Bobryshev this weekend as he returns to action on his #777 CRF450RW at his home GP in Orlyonok, Russia.

Bobryshev was forced to sit out the French GP, after his crash in Germany resulted in a broken collarbone. After undergoing an operation to plate his collarbone, Bobryshev has been able to do light training exercises and physiotherapy. This has allowed him to make a return to racing in front of his home crowd this weekend.

Although this is Bobryshev’s home GP, the track itself is new to the calendar this year and hasn’t been previously used in the MXGP series. The motocross circuit of “Orlyonok” is a track with a natural terrain. Its length is 1850 meters, its width at the narrowest part is 10 meters with elevation changes of 40 meters. The surrounding area is unique, mountainous landscape. The mild climate of the region and ground coating of the track make it possible to use it all year round.

The MXGP qualifying race gets underway at 17h00 on Saturday 10th June.

I am really pleased to be able to come back this weekend to ride at my home GP in Russia. It has only been three weeks since my accident but I am feeling OK. I haven't had much time on the bike as I have been letting the collarbone heal, so although I am coming back this weekend, I know I may not be 100% back at my usual pace. I want to make up points for the championship and I am excited to see the Russian fans. I look forward to it!

We are pleased to have Bobby back with us this weekend as we head to his home GP in Russia. He has been keeping up the training etc since his accident so we expect a tentative return for him this weekend. His focus will now be improving his overall position in the world championship. As he has only missed one round as a result of this injury, we are in a good position to push for good results for the rest of the season. 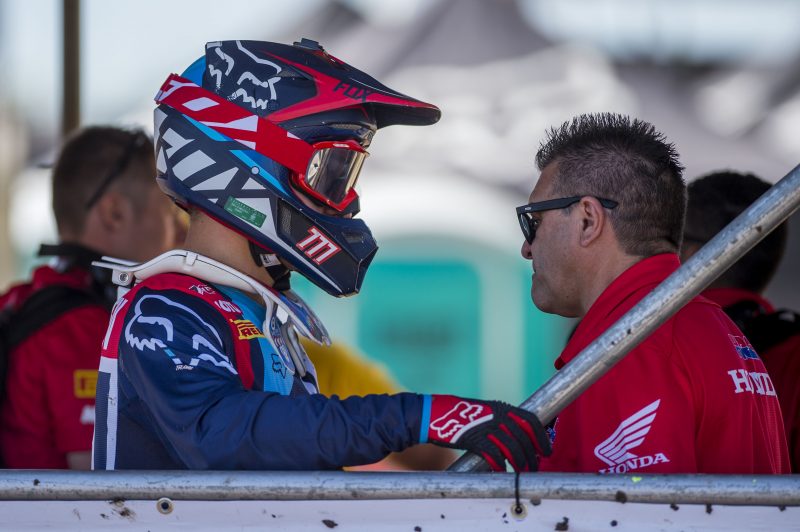