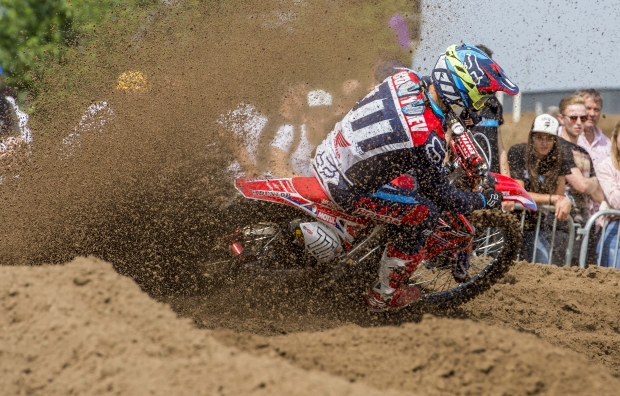 Both Evgeny Bobryshev and Gautier Paulin were forced into recovery mode for today’s two races in Lommel, each time having to come through the field from towards the back of the pack.

Bobryshev started with the disadvantage of the very widest gate pick, but made the best of the situation by immediately jumping to tenth. As the field ebbed and flowed, Bobby shuffled up and down the order by a few positions, but ultimately took the flag in tenth. Gautier Paulin also had a mountain to climb today after a crash in the second corner demoted the Frenchman to 23rd on the opening lap. Clawing his way through the field, he also made good progress to come home 13th.

As if the conditions on track weren’t difficult enough with the deep ruts, holes and bumps, heavy rain during the preceding MX2 race made visibility very tricky with many riders electing to lose their goggles after they ran out of tear-offs.

In race two, Bobryshev made stronger progress still to climb to a high of fifth before a battle in the last laps left the Russian to collect sixth at the flag. Paulin also was stronger to fight back from a lowly 24th after the first corner to ninth, but unfortunately a crash towards the end of the second race sent him over the bars and, compounding an illness this weekend that’s been sapping his strength, he was unable to continue.

“To be honest I’m disappointed with my first race today, but the second was better. We knew it would be tough starting from the outside gate, and in the first race I made a pretty good start into just outside the top ten but then couldn't make much more progress. In race two we made a small change and it was a lot better – we could climb as high as fifth from the back of the grid and finished sixth in the end. It’s not my level or where I want to be, but we knew things would be hard today starting both races from the back.”

“Actually all weekend I’ve been feeling sick and only really today did I start to feel better. I missed speed yesterday, but we could start making progress in the second race to come back into the top ten from 24th, but then with two laps to go I crashed on the landing of the finish jump and went over the bars, and after that I just couldn’t continue.”

“It’s certainly been a tough weekend with Gautier sick and off-form, and with Bobby starting on the back foot from the last gate. We could see both of them though making good progress this afternoon, coming from the very back of the field to sixth and ninth, but unfortunately then Gautier had his crash. It was also a bit of an up-and-down weekend on the other side of the tent with Tim, as the crash in the first race cost him the overall victory, but he showed just how quickly he can learn by bouncing back and riding an incredibly strong race two to take another moto victory.”

Race Round 14   GP of Belgium Belgium 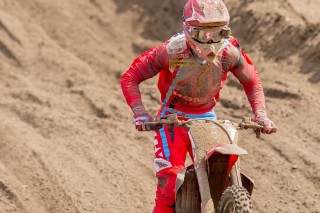 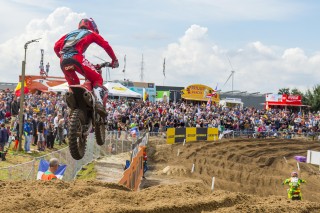 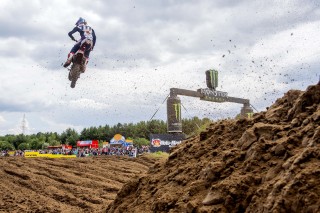 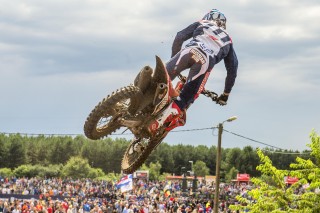 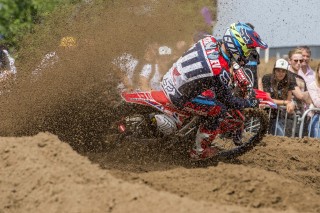 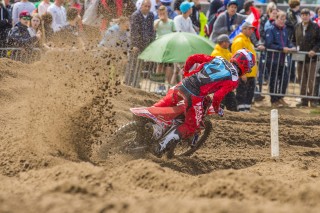 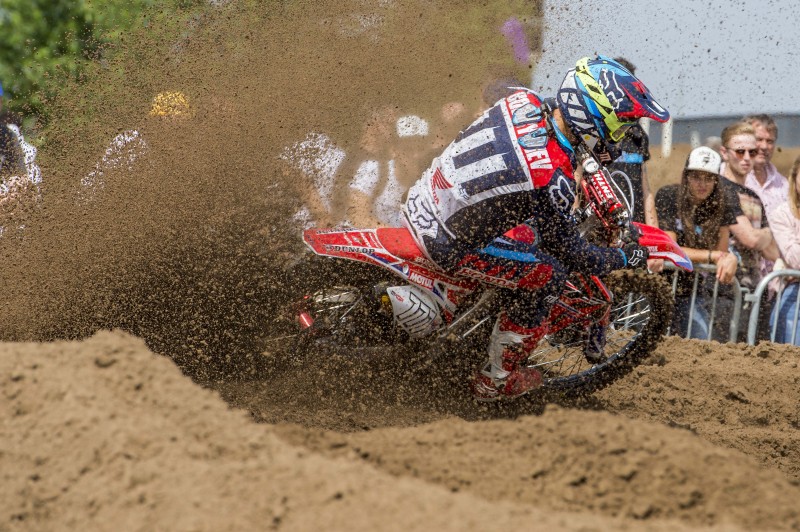