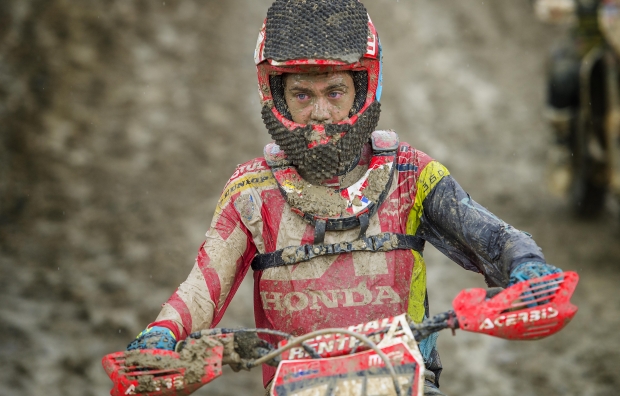 As the heavens opened over Orlyonok, Michele Cervellin took his CRF250RW to the line for the first race of the MXGP of Russia.

The sudden change in weather had left the track in a sodden state, which dramatically changed the way the riders could attack the track. Taking it in his stride, Michele had a good start in the first race and entered the first corner in ninth and looked to make headway quickly. In attempt to avoid the pack and climb up one of the steeper hills on track, Michele went offline and ended up in the deep mud. Although he didn’t come off, he lost so much time digging his way out of the mud. He got back into the race as the track became slicker from the heavy rain Michele went down. He finished the race but on returning to the pits discovered he had lacerated his left arm in his crash.

After a visit to the medical centre, the Doctors prevented him from participating in the second to prevent further damage or possibility of infection.

Michele will need to rest his arm during the next two weeks in preparation for Round 11 on the 25th June in Ottobiano.

Today was a really strange race. The weather made it strange to start with as we haven’t ridden in conditions like those this year, where it rains heavily all through the race. My start wasn’t so bad but then I made a small mistake as I went up the hill. After getting back into it again I crashed again, I felt some pain in my arm but I didn’t think much of it and finished the race. When I came in I noticed blood on my shirt, I went to see the Doctor and they gave me some stitches but told me I can’t ride the second Moto as there is a high risk of infection from the mud. I thought this would be a good weekend for me as I get on well with hard pack tracks but this is motocross! I feel I am having an off couple of races. Now I just need to let it heal to get ready for Ottobiano.

Today we are forced to face difficult circumstance again with another rider injury. Miki picked up what he thought was only a bruise to the arm but in the end, it turned out to be a laceration that required stitches. As a result, he was stopped from starting the second race. Although he felt no pain and had wanted to start the second race, the Doctor said it was not possible for him incase of infection. So today our MX2 campaign came to a premature hault.

Race Round 10   MXGP of Russia Russia 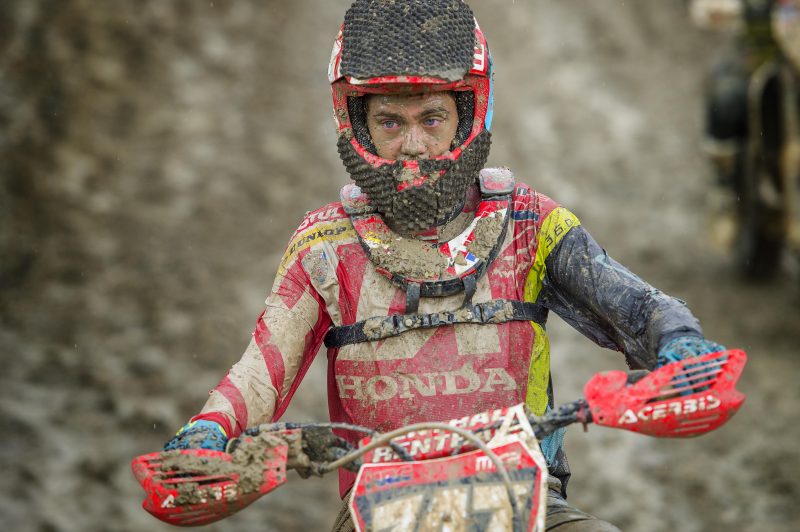