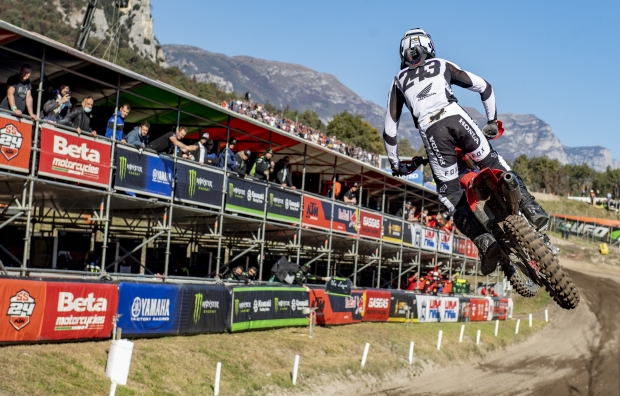 A fifth podium in a row moved Team HRC’s Tim Gajser to within just three points of the championship lead, after more intense racing at the Pietramurata track in Trentino, Italy.

In what was the second of the triple-header races at this picturesque circuit, the MXGP of Pietramurata once again entertained the fans who made it out to the track on this middle-Wednesday, and which still included a large number of Gajser’s Slovenian supporters.

They had plenty to cheer for all day long, as the #243 put in a hot-lap that led most of the timed qualification session, before eventually ending up second. This gave him plenty of options on what is a wide-open start gate, but he was still able to take advantage of this in race one, rounding the first bend in third place before quickly moving into second. Still on the first lap, he made a move to get into first place and quickly opened up a small gap over the chasing pack. Unfortunately, arm-pump crept in and he wasn’t able to push-on as much as he would have liked. Instead, after a final five laps where the lead swapped a number of times, he eventually lost out on the final lap and had to settle for second place.

Motivated to put that right in the second moto, unfortunately Gajser didn’t get the best jump and once again had to make a number of first lap passes. By the time they crossed the line for the first time, the Honda CRF450RW rider had worked his way up to sixth and was in a good position to progress further. As the laps ticked by, Gajser worked his way from sixth to fifth, to fourth, moving past a championship rival in the process and at one stage he was in a tie for the red-plate. With four laps remaining, he made his final pass to get into third place and while other riders also made passes, he still closed right up in the championship points chase to move to within three points of the lead.

With three rounds and six motos left, the pressure is really on but Gajser knows what to expect and will be trying as hard as possible to add to his four world championship titles. Next up on the calendar is the third round at this Trentino facility, taking place on Sunday 31st October. The season then concludes at Mantova in Italy, where the final two rounds will be held on Sunday 7th and Wednesday 10th November.

It was a consistent day with my racing. I’m a little disappointed that I wasn’t able to win the first race after leading so many laps but I just got a bit of arm-pump and while I was able to battle, I couldn’t quite make it until the end. Still, it was nice to have a good start and lead and it definitely gave me confidence for race two and while I didn’t get the best start, I was able to come through the pack and ended up third, giving me second place on the podium. It was also a good day for the championship standings and I’m now only three points off the lead, so every moto is extremely important, but I’m excited for the rest of the season and I will give it everything I have!

Another exciting day of racing, and it was good to see Tim upfront and challenging for wins once again. He has bounced back after a couple of disappointing races and he is now just three points behind the red-plate holder and with 150 points to play for, he still has an excellent chance of taking his fifth world title. We have one more round left here at Pietramurata so we must focus again on doing our best at this track and then we head to Mantova for the double-header finale. A big thank you to the whole team in Europe and Japan who continue to work so hard in this intense last part of the season, it is definitely appreciated. 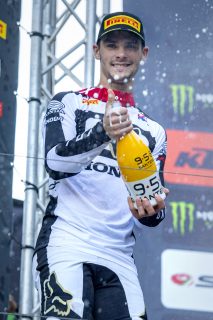 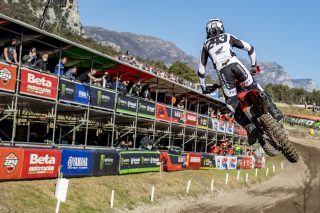 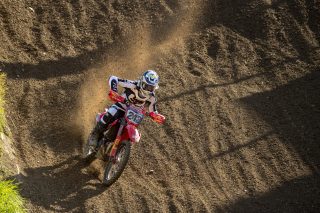 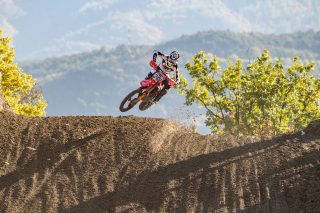 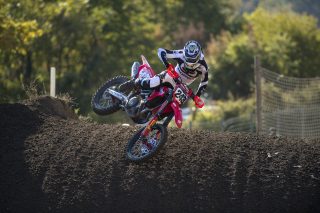