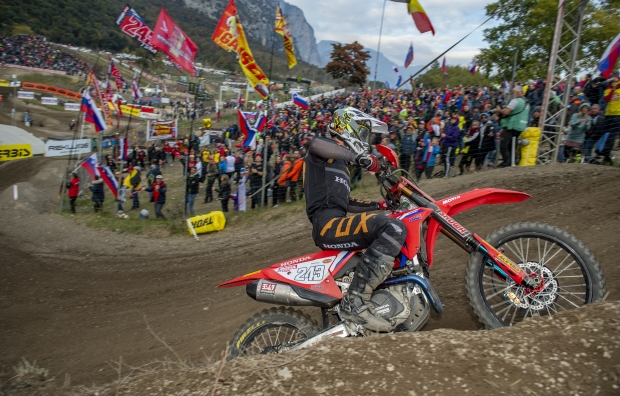 A seventh race win for Tim Gajser moved the Team HRC rider to within one point of the championship-leading red-plate after another day of epic racing at the MXGP of Garda.

In what was the third of three rounds at the Pietramurata track in the Trentino region of northern Italy, the #243 moved up from third to second in this extremely close MXGP championship, after his four-one results gave him second overall.

After qualifying in sixth place, Gajser was able to cross for the first lap of the first race in an impressive fourth position but with a lot of pressure from behind, he had to battle the whole race to maintain that position and as a result, was unable to progress forward. He crossed the line in the same position and although it kept him in the championship hunt, he knew he needed to improve in the second moto for his own momentum.

Taking another inside gate pick, the Honda CRF450RW raced out of the gate in the second moto, moving quickly into first position within one lap. From there, he stretched out a comfortable lead while chaos reigned behind him. At one point the gap was almost 15 seconds, with Gajser posting the fastest lap of the race in the process, but he cruised home with a five second buffer, much to the delight of a huge number of adoring Slovenian fans.

As has become the norm for the Pietramurata track, the Tiga243 supporters all gathered on ‘Gajser Corner’ in a sea of red and yellow, with flags, flares and smoke bombs all adding to what was an incredible atmosphere. They cheered him all race long, and then gathered around the podium as Gajser took his position on the second step, celebrating his success and giving him even more impetus to carry into the season finale double-header next week.

The riders will have a few days to recover from this intense 10 days before heading a couple of hours south to the Mantova track in Lombardia, Italy where the penultimate round will be in a week’s time on Sunday 7th November before the final round of this enthralling MXGP championship on Wednesday 10th November.

It is great to get another race win, and move even closer in the championship standings. It has been a tough week with this triple-header but to finish on a positive note is a very good feeling and gives me a lot of motivation heading into the final two rounds at Mantova. The first race didn’t go to plan, finishing fourth, so I need to work on that but the second race was much better. I got a really good start and moved into first very quickly and then just controlled the race. I was getting updates from the pit-board so I knew how far ahead I was and I was able to win with a big gap. It was great to see so many fans come here and support me and I’m very excited for these last two rounds. Also, a big thanks to the whole team who keep working hard in this intense period. I couldn’t do it without them!

Another day of two halves, with a difficult first race being followed by a great second moto. It just shows how determined Tim is and we are all very proud of him and his ability to keep calm under immense pressure and keep delivering great results. He is now just one point off the lead in the championship and with just two rounds left, we are looking forward to the fight for the title at the Mantova track which Tim has done well at in the past. We have a few days to prepare for it, but everyone in the team is working for this goal and we can’t wait for the next gate drop. 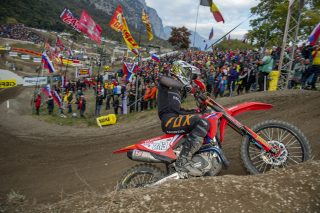 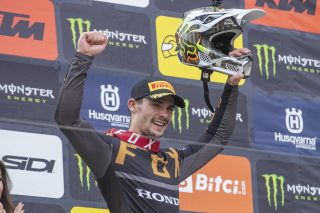 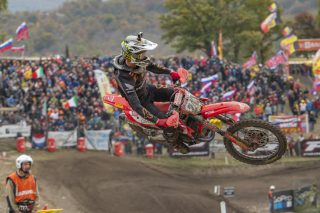 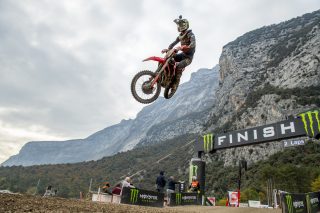 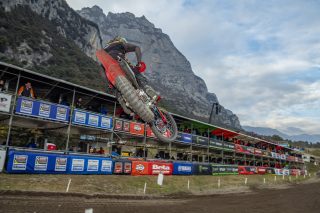 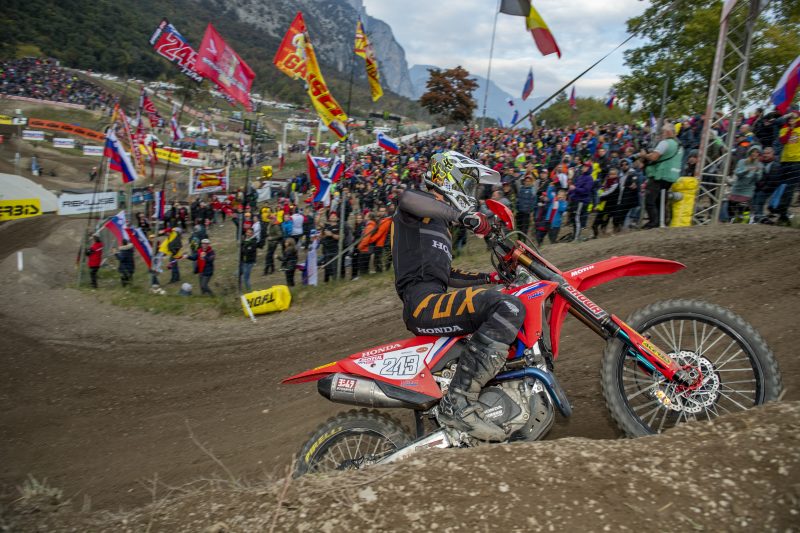