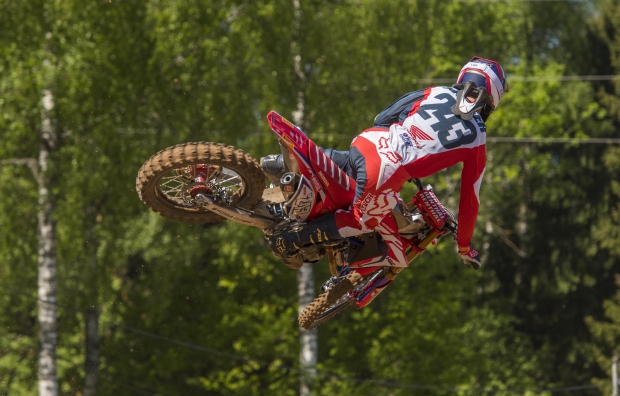 Tim Gajser and Todd Waters have shown a strong pace in today’s qualifying race at Kegums, the venue currently hosting the seventh event of the 2018 Motocross World Championship season. The two standard bearers of Team HRC for the MXGP class, however, eventually ended up having a taste of the Latvian sand, and with very different outcomes: Waters could not re-join the moto after fracturing his collarbone, while Gajser’s tumble only cost the two-time champ a few positions.

Gajser had a decent jump out of the gate and despite the usual first-turn havoc, he managed to sweep through the first corner on two wheels and was ninth as the opening lap drew to a close. The 21-year-old Slovenian rider displayed a great pace as he charged towards the top-three, which he reached towards the end of the moto. On the penultimate lap, however, Gajser crashed unhurt and, after remounting his Honda CRF450RW machine, he crossed the line in seventh place.

Todd Waters had an unfortunate end of what was shaping to be a very positive debut moto for the 27-year-old Australian, who was running in eighth place before overshooting a jump and being thrown over the handlebar after a hard landing. Todd is now heading to Latvia’s capital-city Riga in order to undergo more extensive medical evaluations, more information will follow when available.

I’m quite happy with how today went, even despite the crash. I had a lot of fun on the track in free and timed practice. I had a decent start to the qualifying race although I went down to ninth after being past by a couple of rivals. I slowly came back and managed to get past quite a few riders, then with two laps to go I just made a small mistake and lost the front. Seventh is not a bad finish for tomorrow, I feel great on the bike and had a great pace throughout the whole moto, so I’m very confident ahead of tomorrow.

Well there is not much to say, really. It was my first day back in MXGP and obviously I was a bit nervous in the first two sessions, but in the race I managed to get all the way up to the top-ten and had a good pace. I was in eighth place and closing in on Jeremy Seewer, but then I jumped a bit too long on the uphill double, landed straight into the braking bump and got thrown over the handlebar. Obviously I’m devastated: this is surely not the way I wanted my MXGP return to be, but that’s racing: all we can do now is to do whatever is needed to be back on track as soon as possible – and as fit as I can. I want to thank the team for their outstanding work, as I was really enjoying riding the bike this afternoon.

It wasn’t the easiest of days for us - despite the fact that things were looking up in the qualifying race. Todd had a very competitive pace up to the crash, which was the last thing he needed. Now we’re doing all we can to support him and make sure he can come back as early as possible, but we’ll know more soon. Tim was really competitive today and very quick towards the end of the moto, and this is a very good sign. Too bad for the tumble, but it has made a very little difference ahead of tomorrow. The speed is there and he’s looking good, so hopefully he can battle for honours in the two races.

Qualifying Round 7   MXGP of Latvia Latvia 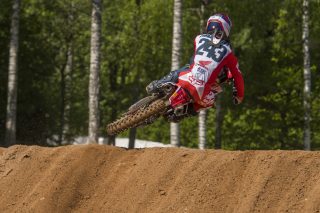 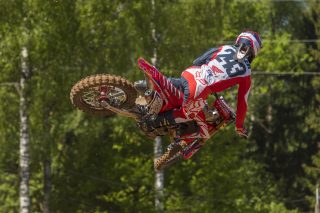 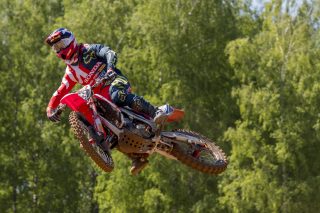 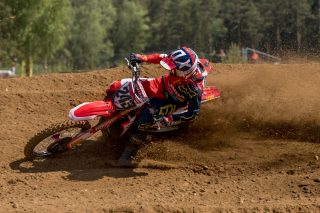 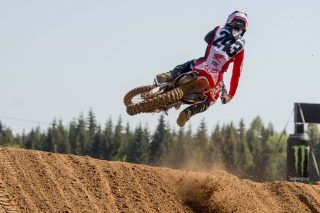 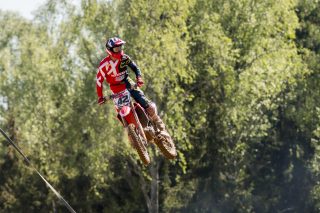 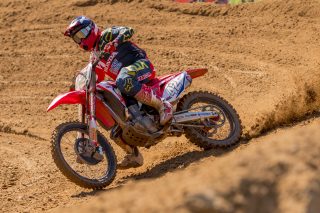 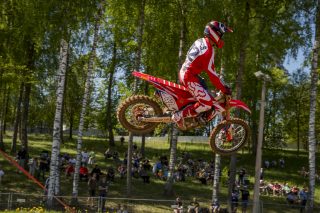 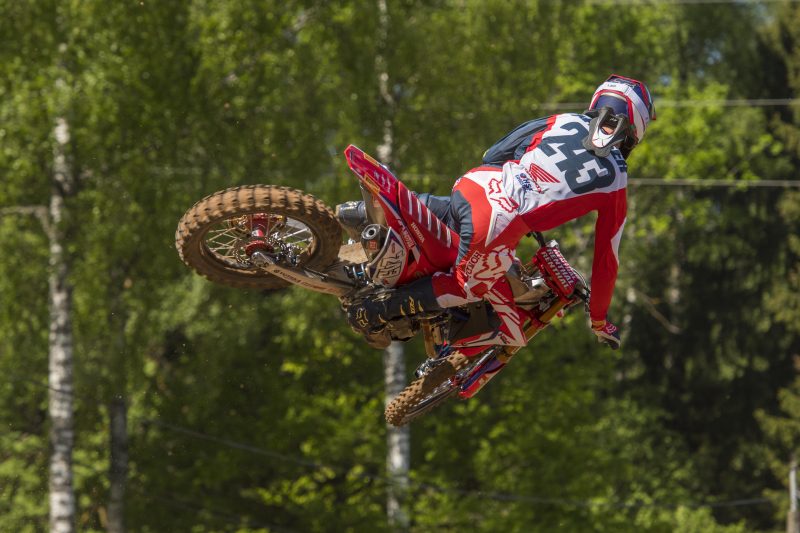