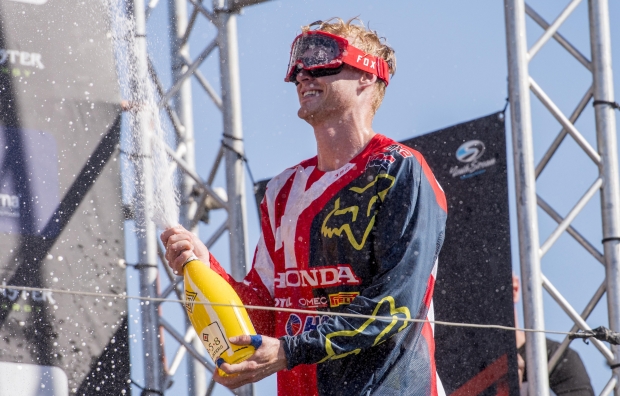 Calvin Vlaanderen has completed round eight of the 2018 Motocross World Championship with a stellar performance at the MSC Teutschenthal in Germany. With two third-place finishes, Calvin secured his first rostrum finish of the season aboard the all-new Honda CRF250RW.

Vlaanderen had a competitive opening lap of the race and was involved in an early battle with Watson and Jacobi for third. Once he got the better of the two, the young South African kept improving his pace and, as the countdown reached five minutes, he narrowed the gap to Prado down to one second. Despite a strong ride in the final laps, Calvin was not able to enter the fight for the win, although he managed to consolidate what was a very positive third place at the line.

The start to race two was not as kind to Vlaanderen, who was forced to make his way past several riders to return into top-five. During the fifth lap, the Team HRC rider made an aggressive but clean pass on Olsen for fourth, and then pulled away while trying to close the six-second gap separating him from third place. Calvin eventually caught and passed the German opponent six laps later after a couple of missed attempts.

Vlaanderen rode brilliantly in the remaining laps and, despite a late-charge by podium contender Ben Watson, he was able to keep third place and score his first rostrum finish of the season.

MX2 will return to action in two weekends’ time at Matterley Basin in Great Britain.

What can I say, if not ‘well done, kiddo.’ Calvin had a very solid weekend and rode very smartly today. The track was tricky and there were not many lines available to make passes, so the early pass in race two was key for him and made his life a little bit easier. He rode smoothly for the remaining laps and he was extremely strong in the last two laps. Great job from him and also for the team, who gave him a really competitive bike.

Race Round 8   MX2 of Germany Germany 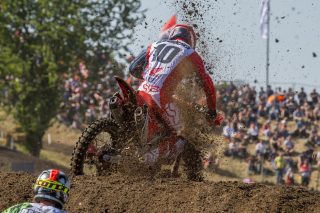 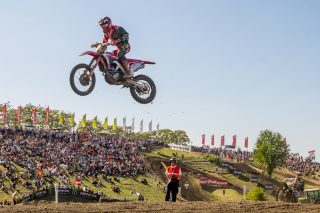 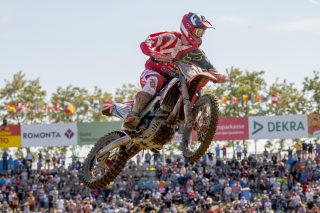 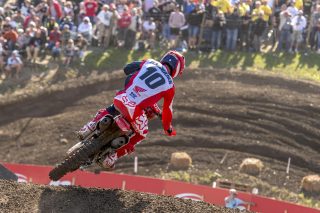 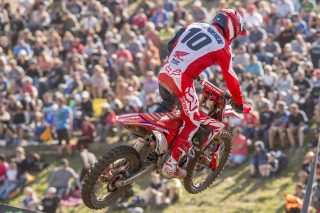 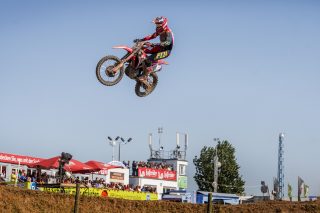 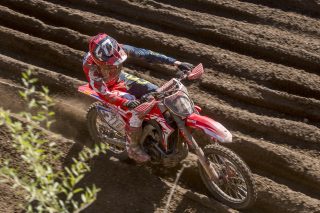 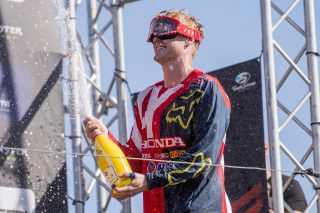 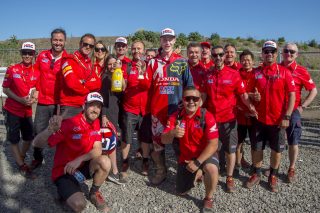 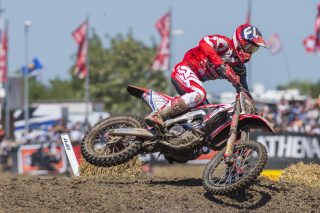 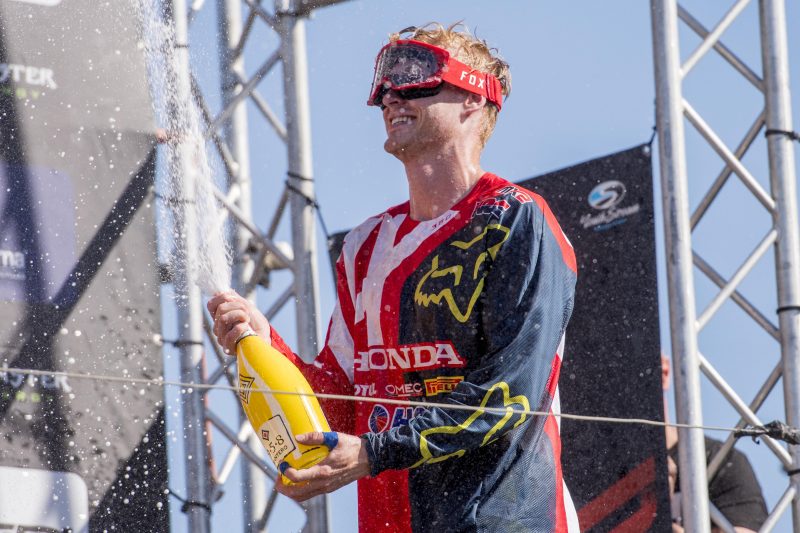