Inheriting the ‘Absolute Holeshot’ philosophy of the CRF450R, the all-new 2018 CRF250R is set to make a statement in the ultra-competitive 250 class – from amateur racing to MX2. It features a brand new DOHC engine, making 9% more peak power across a 2000rpm broader rpm range, with a 900rpm increase to the redline figure for more over-rev. The new, lighter 7th generation frame and Showa suspension make maximum use of the increased power, providing both outstanding traction and Honda’s famed rider-friendly agile handling.

Honda also announced that, having tested the bike extensively in Japan, Team HRC rider Michele Cervellin will be racing the new CRF250RW for the first time in the MXGP of America in September.

Joining the new CRF250R, and completing the CRF line-up, were the machine’s siblings:  the CRF150R, as used in the one-make Honda 150 European Championship, which is also racing this weekend in Lommel, and the 2018 CRF450R and CRF450RX. All the new machines will be on public display throughout the weekend at the MXGP of Belgium in Lommel.

Gordon Crockard, Honda Motor Europe Off-Road Manager:
“The 2017 CRF450R was launched last year in Assen and immediately started winning, and we hope that this new CRF250R will follow in its bigger brother’s footsteps. There is a lot of interest in racing this new bike already for next year, so I am sure it will be a success. It’s great to be able to present it to the European media at an MXGP round, and even better to bring together the whole family with the CRF150R and the CRF450R – taking kids from the start of their careers in the Honda 150 European Championship right the way through the ranks to the MXGP World Championship 450 class, with wins at every step of the way.” 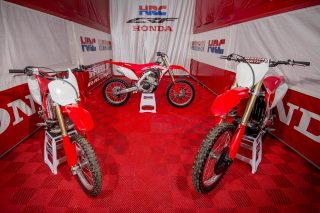 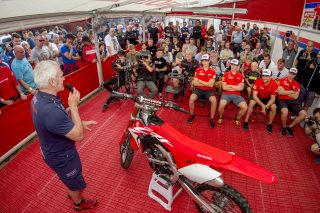 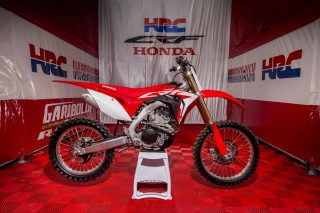 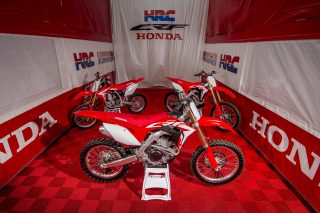