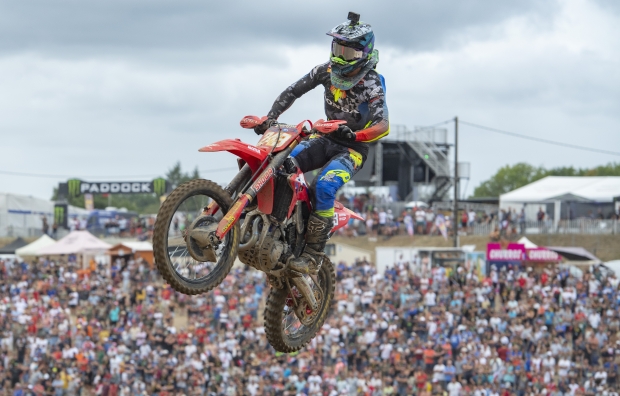 In what is already an amazing season for the five-time world champion, Team HRC’s Tim Gajser put on an incredible last-lap display to pass two riders and take his 14th race win, and his ninth overall of the season with his two-one moto scores.

On this tricky St Jean D’Angely track in France, Gajser was one of the few riders to be able to make any moves whatsoever, working with two solid starts to make his way into the top five on the first lap. In the first moto he quickly got into third place with teammate Mitch Evans hot on his heels.  The recently crowned champion took a few laps to find his spot to pass and then made it stick on lap four, giving himself plenty of time to try and pass the leader. Unfortunately, despite posting the fastest lap of the race, he couldn’t find a way through and had to settle for P2, less than a second behind the winner.

In race two, the #243 was only fifth after lap one, but within a lap he was into fourth. Knowing that only a win would guarantee his ninth overall of the season he put his head down and tried to make that happen. At just over the halfway mark, he moved into third but he still knew that two more passes was the only way to take the top step of the podium. As the clock ticked down and the one lap board came out, the Slovenian decided this was the moment to cement himself even further in the record books and remind everyone that he has been the best motocross rider of 2022. After sector one, he swept into second place, with the massive French crowd cheering his every move. However, he knew that the job was only half done, so he did a huge jump down the hill to blitz the unprepared leader and take the number one spot. As he crossed the line, the emotion came out, and after winning his fourth MXGP title in Finland, this was further proof that the #243’s speed is unmatchable.

For Evans, the fourth place he held for the majority of moto one was the best he position he had. A mistake near the end of the race meant that he dropped down to down to seventh and with it, meant any realistic chance of a much-deserved podium was gone. Still, the Australian still wanted to try his best in race two and rounding lap one in seventh still gave him a platform to perform. However, things didn’t go his way once again and instead he finished the moto in 11th place.

The 2022 world championship now just has one round left to race in Afyon, Turkey on September 3-4. Gajser likes the track and will look to add to his impressive 14 race wins and nine overalls, while Evans will hope to end the season on the podium, which is nothing less than he deserves after a season filled with impressive performances.

Wow, what a last couple of laps! I worked hard all moto to try and find places to make the passes and on the last lap I knew I had to get it done. Winning this overall, after last weekend winning the championship is just such a nice feeling. I came in with the pressure gone and I think it showed in my riding this weekend. Of course, it wasn’t easy because this track really didn’t offer up too many passes but I feel like this result really reminded everyone just how fast I can go. A big thank you to the team and everyone for such a good weekend. Since winning the title last weekend, I have received so many messages of support and I am just really happy with how everything is going. I can’t wait for Turkey!

Another weekend where I’m disappointed with how the motos went. I was in a strong position in race one, staying in fourth place for the majority of the race and just a mistake near the end dropped me to seventh. I feel like I’m putting a bit too much pressure on myself to get on the podium, so I just need to focus a bit more on just taking each lap as it comes. Race two wasn’t as easy and another small mistake meant I dropped for seventh to 10th, and in the end, I finished 11th. Of course, I want more, and that’ll be the aim when we head to final round in Turkey in two weeks’ time.

Tim proved today that he is the best motocross rider in the world. He wasn’t able to make a pass happen in race one and had to finish second, but in race two, when he needed to make two passes on the last lap, he showed everyone that he is a fully-deserved five-time world champion. It was great for him to get back to winning ways after some pressure-filled rounds recently, but with the championship won, he was able to concentrate on just the motos and that showed all weekend. Unfortunately Mitch wasn’t able to back-up his speed that he showed throughout all the sessions, with points but we really want him to finish the season on a high and everyone in Team HRC will be trying their best to help him achieve that. 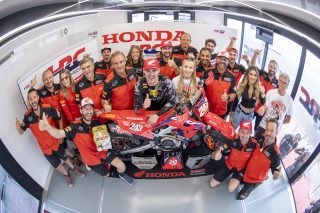 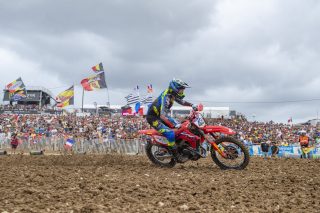 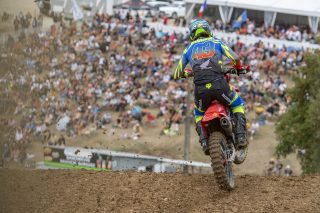 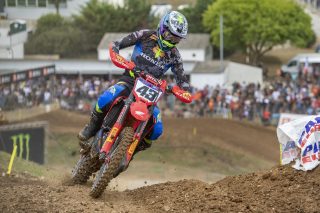 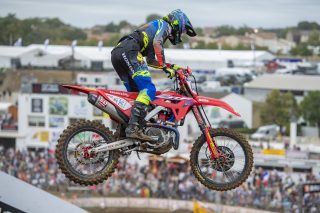 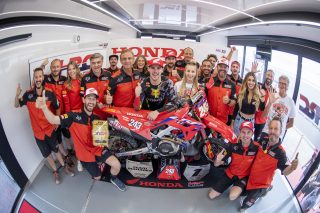 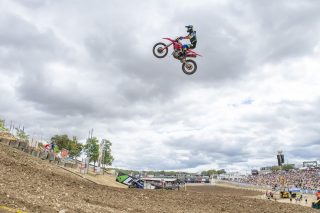 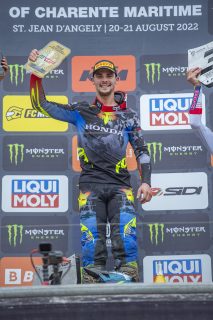 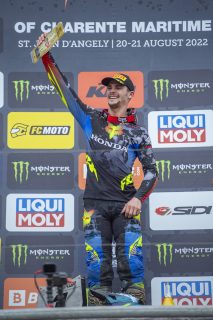 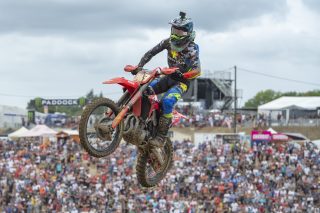 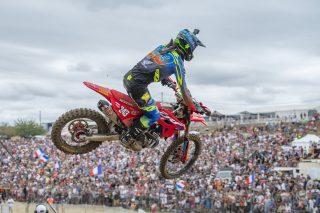 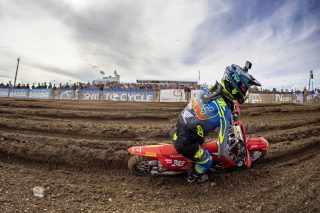 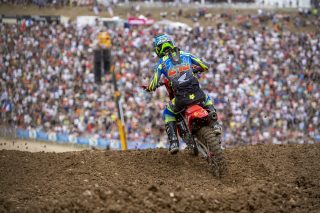 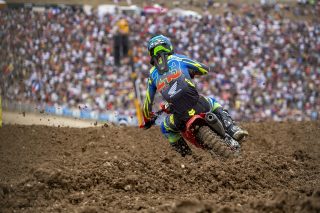 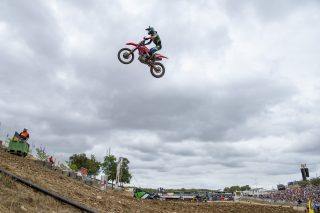 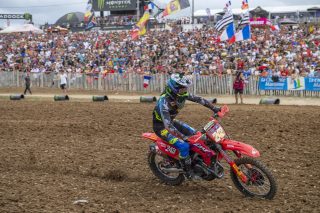 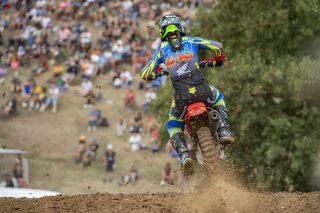 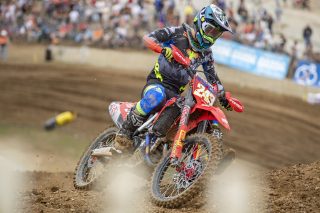 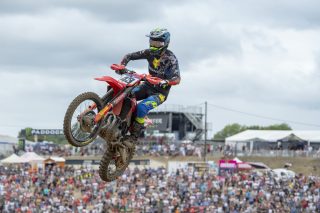 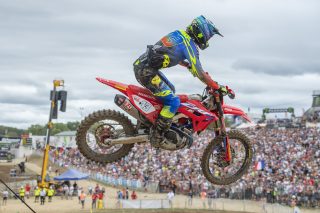 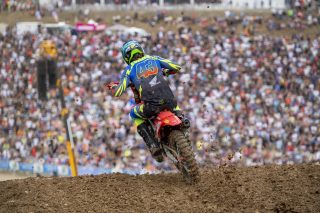 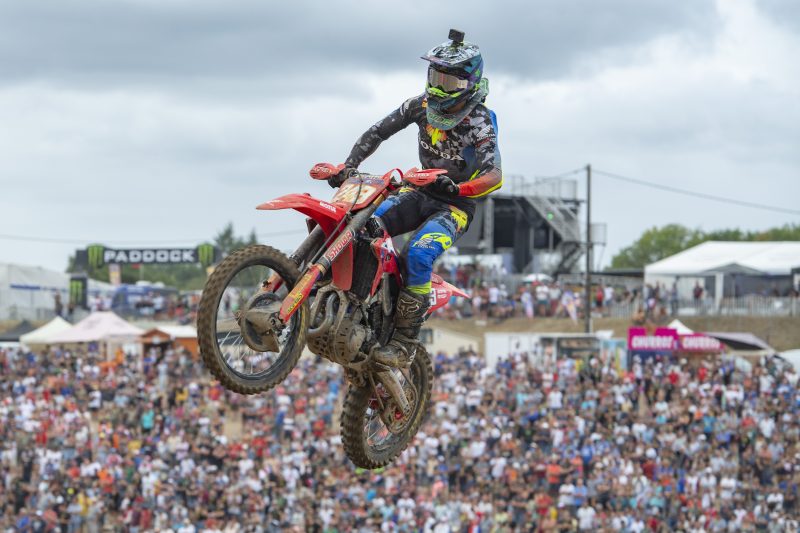