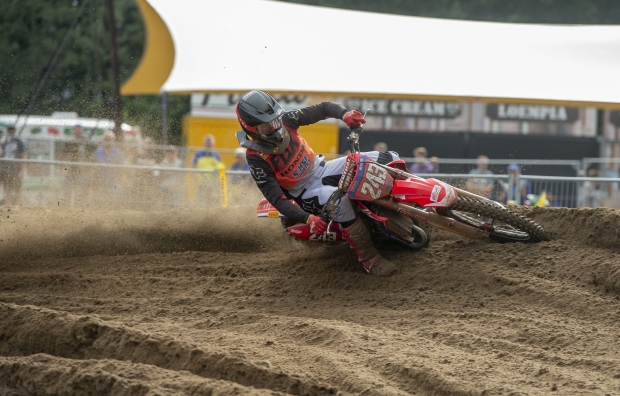 Team HRC’s Tim Gajser put in a strong performance to take second at the MXGP of Belgium qualification race, held in the deep sand of Lommel. With heavy rain yesterday dampening the track, and with three classes racing before them, the track was at its most difficult when the MXGP riders took to the circuit but Gajser proved his world championship class by riding a controlled race after a couple of early sprint laps. Teammate Brian Bogers wasn’t able to match that though, as he struggled to get going, but he did finish strongly in 13th place with the important motos taking place tomorrow.

After the hard pack of Loket last weekend, the sand was a totally different prospect and with a lot of riders littering the circuit in the timed session, Gajser wasn’t able to put together a completely clean lap, having to settle for 10th place gate pick for the qualifying race. Once again though, he got great drive out of the gate and was quickly able to work his way to the front of the field, on a track that offered plenty of passing opportunities. With chaos reigning behind him, he set about breaking clear and although he did drop to second place after three laps, he ended up finishing over 20 seconds clear of third, which is exactly the sort of race he needs to ride at this treacherous track.

Unfortunately Bogers struggled to get going in the early sessions, with the track having already been beaten up by the EMX125, EMX250 and the MX2 classes before he was able to touch the circuit. He recovered well for timed practice though, going four seconds quicker and finishing as the top Honda rider in seventh place. With a good gate pick, he was hopeful of a strong start, but that wasn’t the case and instead the CRF450RW was forced to battle through the field to finish in 13th position. It still leaves him with a chance tomorrow and if he can get out the gate well, he proved he can make passes in the deep sand.

The forecast looks good for Sunday, which should mean the track is a bit drier by the time first warmup comes around at 10.45am. That should give them a chance to finalise their settings, ready for the motos which start at 14:14 and 17:10 on Sunday 4th August.

All day I was feeling good on the bike, I just struggled to get a clean lap in timed practice. I couldn’t put all the sectors together as there were many riders on the track but the qualifying race went well. I was in fourth place round the first bend and ended up passing all four guys on the first lap so I was very happy how that went. I wanted to find some flow and some good lines and everything is just easier when you are out front. Overall I’m happy with how it went and I know that starts will be important so hopefully we can take two solid starts and ride well.

Again, I need to switch on for 1pm and for the first session. Already the track had a lot of riders going over it so it was beaten up by the time we got to ride it for the first time. I found it hard to get the speed but we did some changes in the break and timed practice went a lot better with my time getting better by four seconds. Unfortunately I was sleeping at the start and for the first two laps of the qualification race so everyone passed me. Eventually I woke up and started to ride properly and I passed like 10 or 11 guys and managed to finish 13th. It’s not exactly what we wanted but I feel good for tomorrow and physically I feel good so I’m really looking forward to tomorrow.

Lommel certainly isn’t an easy track and it was proving that way in the timed session when Tim just wasn’t able to put in a clean lap. Thankfully, he showed once again the power of the Honda CRF450RW by pulling out a good start from 10th gate pick, rounding the holeshot line in fourth place. He quickly moved into the lead and rode a really smooth a comfortable race as those around him were battling hard. Tomorrow is a different day but it was certainly a promising performance from Tim.
Unfortunately a bad start really hindered Brian’s chances of getting a good result today. However he was able to recover and finish 13th but we know there is more to come and still believe there is a good chance of two HRC bikes in the top 10 tomorrow.

Qualifying Round 14   MXGP of Belgium Belgium 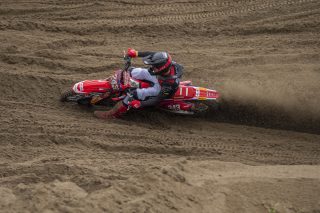 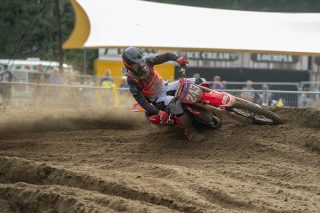 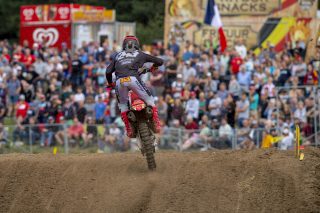 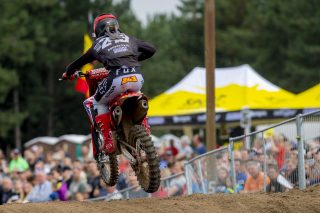 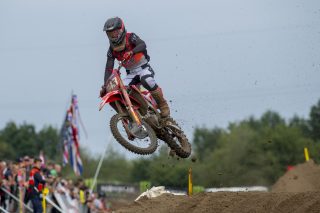 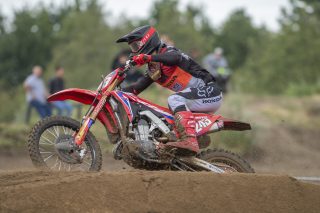 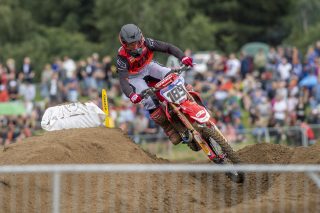 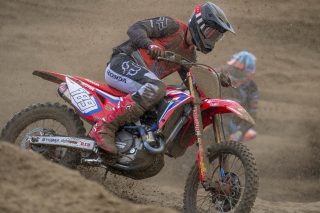 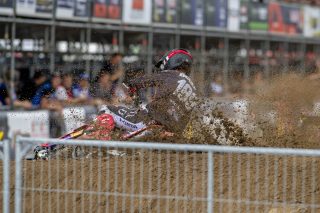 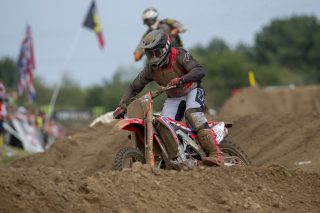 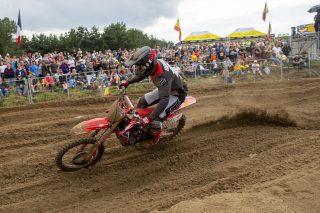 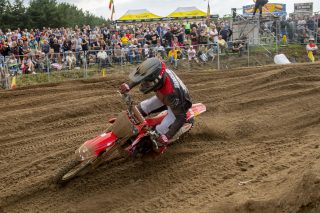 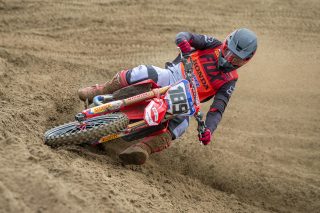 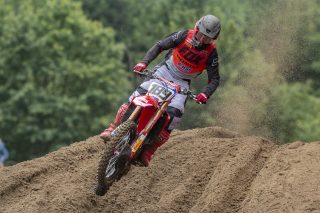 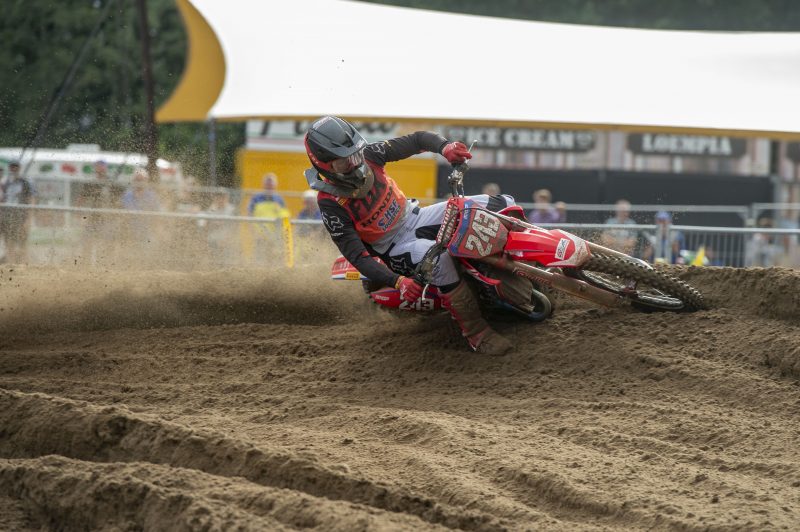