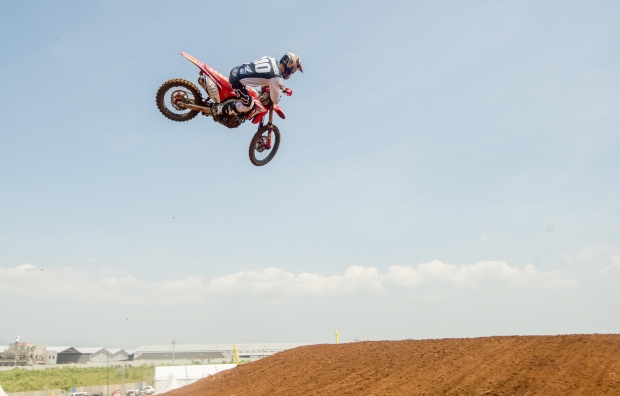 The 1.586km (0.98mile) hard-pack track located in the north-western part of the country – close to the border with Germany – is among Tim Gajser’s favourites: the Slovenian rider was on the podium in the two editions of the Czech round he contested in the MXGP class, with a second place in 2016 that was followed by a first-moto win and a third overall last year. Fresh from the second place in Semarang that helped him move up to fourth in the standings, Tim now hopes to bring his Honda CRF450RW even closer to the championship’s top-three.

Calvin Vlaanderen is a man on a mission, after what was a remarkable and memorable Indonesian trip for the 22-year-old rider from Cape Town, who is looking as comfortable as ever aboard the all-new Honda CRF250RW. Calvin came very close to winning the Dutch Masters of Motocross last weekend after scoring the overall victory in the last of four events for the national series, and he is now ready to keep his podium streak alive heading into the last third of the season.

Todd Waters is fully recovered from the stomach bug that affected his performance during the Southeast Asia trip; the 27-year-old Australian will try to aim at the top-ten in his quest to return to former MXGP racing form at a track he knows from previous experiences.

We had some time to relax and work hard ahead of the MXGP of Czech Republic and I’m ready to get started again. I like the track: it’s quite hard-pack with some stones, so I’ll be looking for a strong result there aboard my CRF. This time around I expect a lot of my home fans to come supporting me as it’s not too far from Slovenia, so I’m even more excited for the weekend!

I’m looking forward to racing at Loket. I have enjoyed my time in Indonesia a lot but I’m happy to be back in Europe and be racing closer to where I live. We raced last weekend in the Dutch championship and, even if I didn’t get the title, I still got a great result which surely helps in adding some more confidence heading into this new round of MX2. I’m really feeling great on my CRF and we have shown we can be on the podium at very different tracks, so the target stays the same: race hard and finish as high as we can!

I can’t wait to get back to action as I finally feel good after the stomach bug I got in Indonesia, which continued to affect me even after I returned to the Netherlands. I went to see a doctor and after some tests, he prescribed me some antibiotics, and now I’m as good as new! I raced in Czech Republic before during my first experience in MXGP, and I really enjoyed the track and its layout. It’s a good track to ride and even better to race on, so I’m looking forward to that!

After a much-needed weekend away from racing we return to Loket this weekend, a track that has been on the calendar for many years now. We’ve enjoyed some good results there in the past, with Tim on the podium in the last two editions of the GP, so the goal is to keep the momentum going after the great performances he and Calvin had in Indonesia. Todd is finally feeling better, so we expect to see some improvement as I’m sure he’s striving to show what he’s capable of. 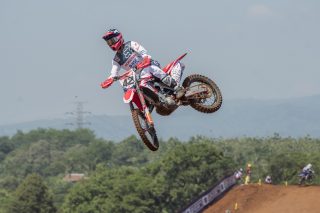 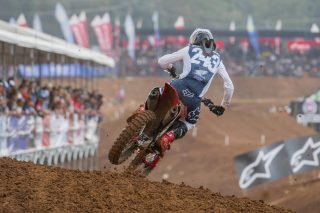 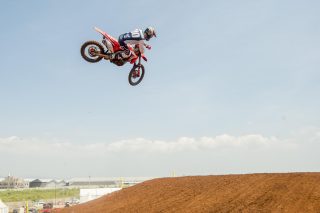 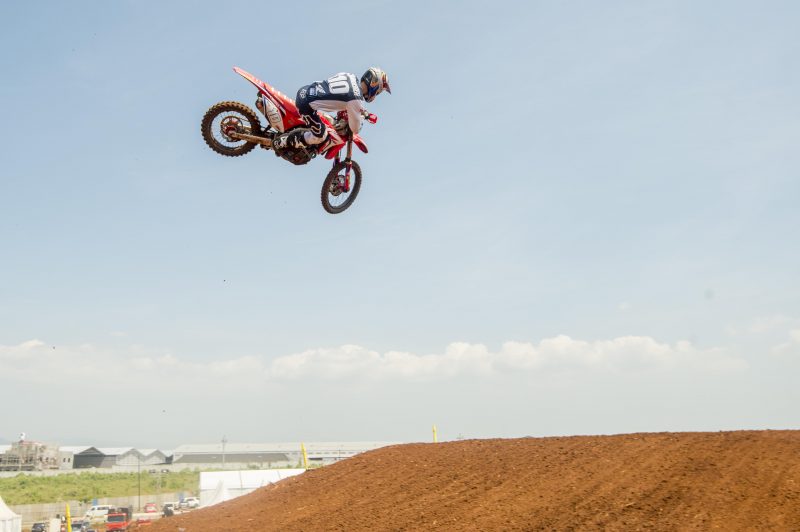