Team HRC to come back fighting at Bobryshev’s home race

This weekend, Team HRC riders Evgeny Bobryshev and Gautier Paulin will head to Kegums in Latvia, the scene of last year’s Motocross of Nations, for round twelve of the MXGP Championship. Although no two races are ever the same, Gautier Paulin will be reminded of his great results in the… read more. 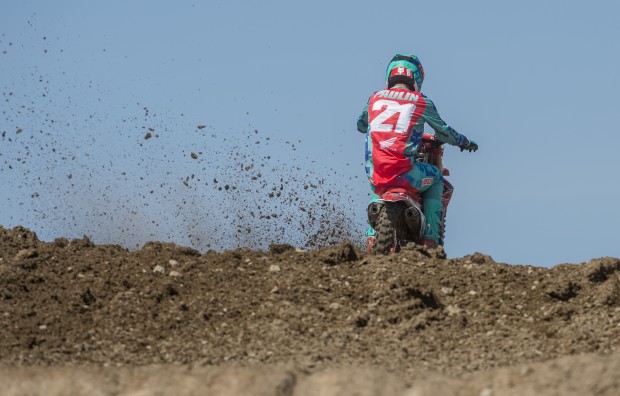 It was a tough weekend for the Team HRC pairing of Gautier Paulin and Evgeny Bobryshev at the MXGP of Sweden, who despite some strong showings finished ninth and thirteenth overall. It’s a disappointing result, made more so by the pair’s qualifying promise yesterday and after Bobby’s pace in race… read more. 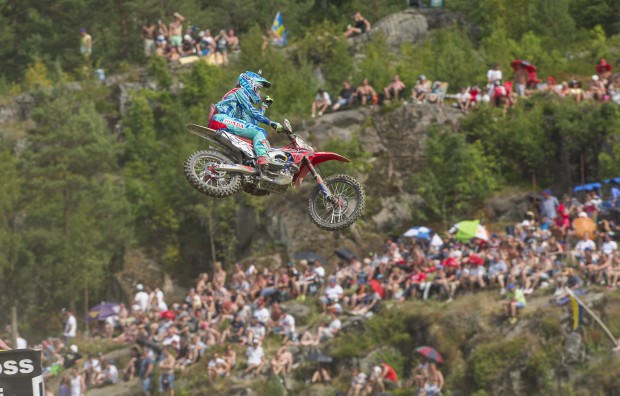 Under clear Swedish skies, the Team HRC duo of Gautier Paulin and Evgeny Bobryshev finished third and fourth respectively today aboard the Honda CRF450RW. The pair have been on the pace all day, finishing second and third in free practice, and fourth and fifth in a very close-fought Timed Practice, barely… read more. 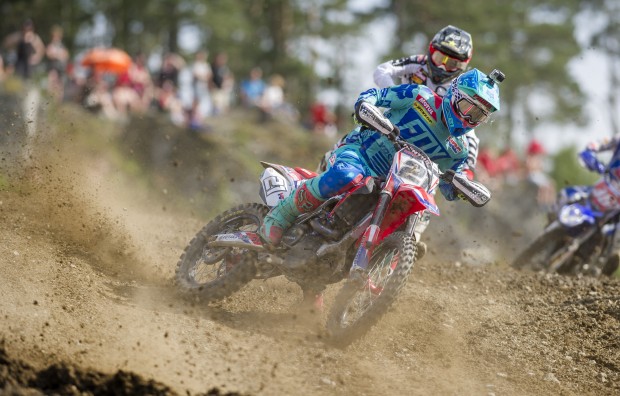 This weekend will see Team HRC head to Uddevalla, one hour north of Gothenburg, for the MXGP of Sweden. After the mixed weather conditions in Germany, Sweden should prove to be warm and dry. After an overall podium finish and a moto win at Teutschenthal last time out, Gautier Paulin… read more. 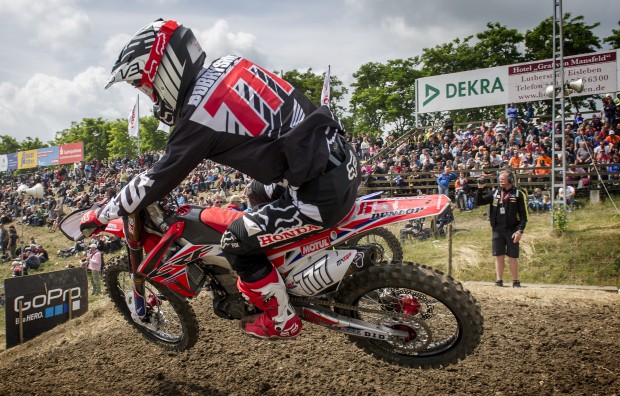 Podium for Paulin as he wins second moto in Germany

Gautier Paulin took to podium again today with a fantastic performance that saw him finish third in the opening race at Teutschenthal today and take a race victory in the second. Both Paulin and Bobryshev had great pace yesterday, and it translated today to move the Team HRC duo up… read more. 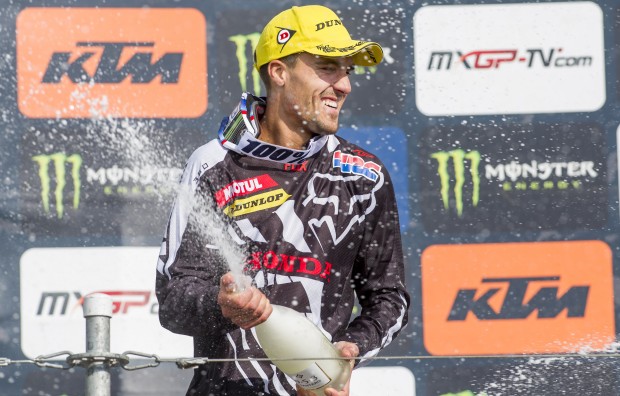 Second qualifying race victory of the season for Bobryshev

Evgeny Bobryshev scored his second qualifying race victory of the 2015 MXGP season today in dominant fashion, showing blistering pace to run away at the front in Germany. Both he and Gautier Paulin made good starts at Teutschenthal and were in second and fifth at the first corner. Both riders… read more. 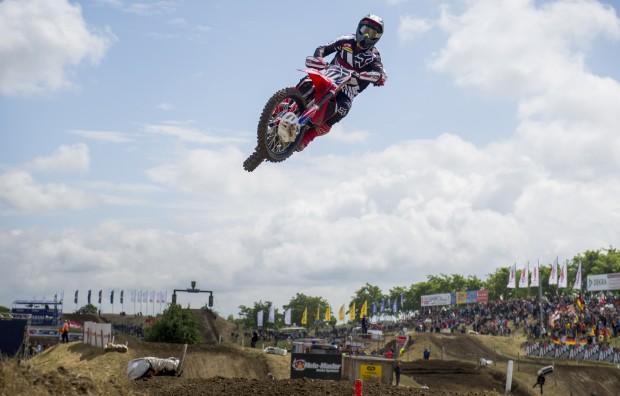 The MXGP of Germany this coming weekend represents the start of the second half of the Motocross World Championship season, being as it is round ten of 18, and Team HRC are hopeful of delivering on the promise shown at recent rounds. The Teutschenthal track has been a happy hunting… read more. 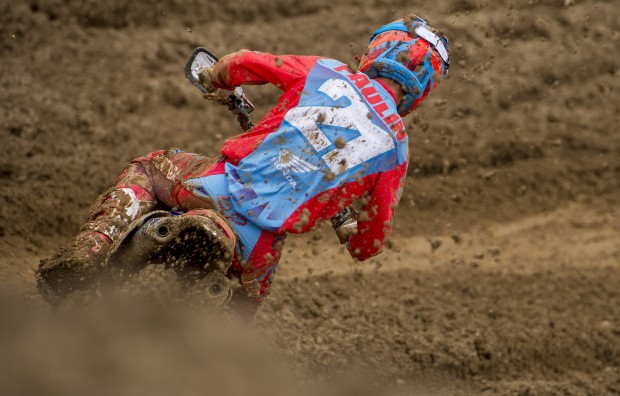 Gautier Paulin finished third in race two at the MXGP of Italy today amid thunderstorms that made track conditions very tough. Terrible weather at the start of the day meant that the track was waterlogged and incredibly muddy. As a result, only ten riders went out on track for the… read more. 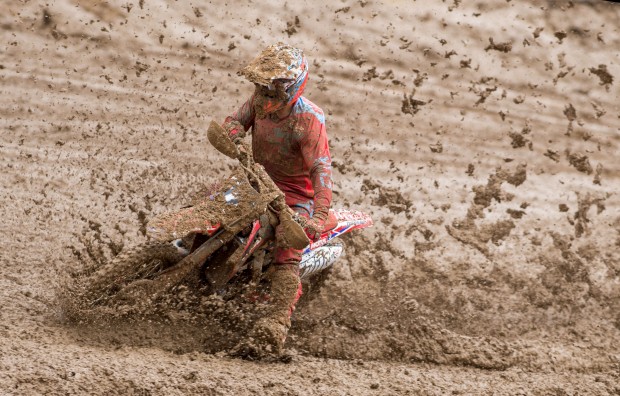 Evgeny Bobryshev set the fastest lap of the qualifying race in Italy today but crossed the line in fourth after a first corner incident involving both he and Gautier Paulin that demoted the Team HRC pairing to the back of the pack. Bobryshev was also fastest in the Timed Practice… read more. 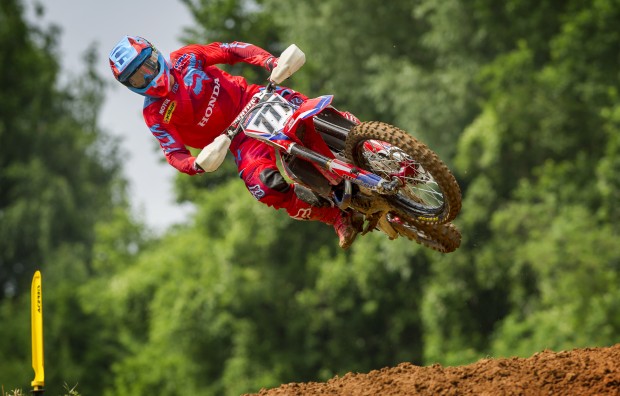 The 2016 Honda CRF450R and CRF250R were revealed today at the MXGP of Italy by Team HRC riders Gautier Paulin and Evgeny Bobryshev and Honda Gariboldi’s Tim Gajser and Jorge Zaragoza. Joining them in the reveal were HRC’s General Manager for MXGP Roger Harvey and Honda Motor Europe’s Off-Road Manager… read more. 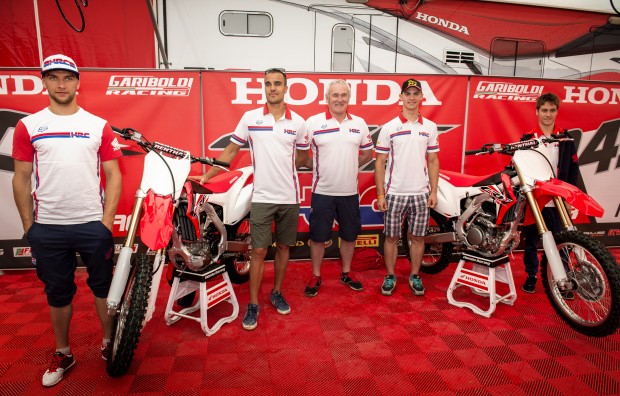